I’ll never forget the first time I learned about Cinnamon Toast Crunch, I thought it was the most amazing invention of a cereal since..well, umm Cap’n Crunch!  And the fact that my mom forbid me to ever have any sugary cereals, only made them more wonderful to me!
I was however, always allowed to have waffles!  I guess the fact that they’re basically cake with little squares to hold puddles of sugary syrup, never occured to my mom.  And I sure as heck wasn’t gonna be the one to fill her in..no way! 🙂
So that kind of explains this union I’ve come up with..and yikes, it’s a doozy!

This “breakfast” offers layer upon layer of warm and gooey Cinnamon Toast Crunch (yep..it gets warm and gooey), suspended inside tender, fluffy waffles!  Not to mention the drenching drizzle of Sour Cream Syrup that fills & spills over & down into the “flavor squares” of the waffles!
I chose to use sour cream instead of regular cream, just to balance out the sweetness and give a wink to the Sainted Cinnamon Roll!  Good Lord..it’s a flavor miracle! 🙂 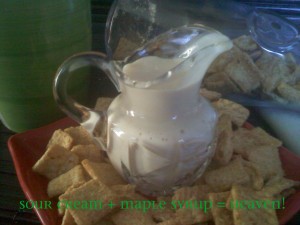 What you’ll need:
Your favorite Waffle Mix
Cinnamon Toast Crunch Cereal (about 1/2 a cup for 2 waffles)
3 parts Maple Syrup to 1 part Sour Cream..for the syrup
Directions:
Prepare your waffle batter and mix in the cereal.
Bake them up in your waffle iron
Mix together the syrup!
Pour the syrup over the warm waffles, sprinkle with some Cinnamon Toast Crunch.. and be prepared to fall in love! 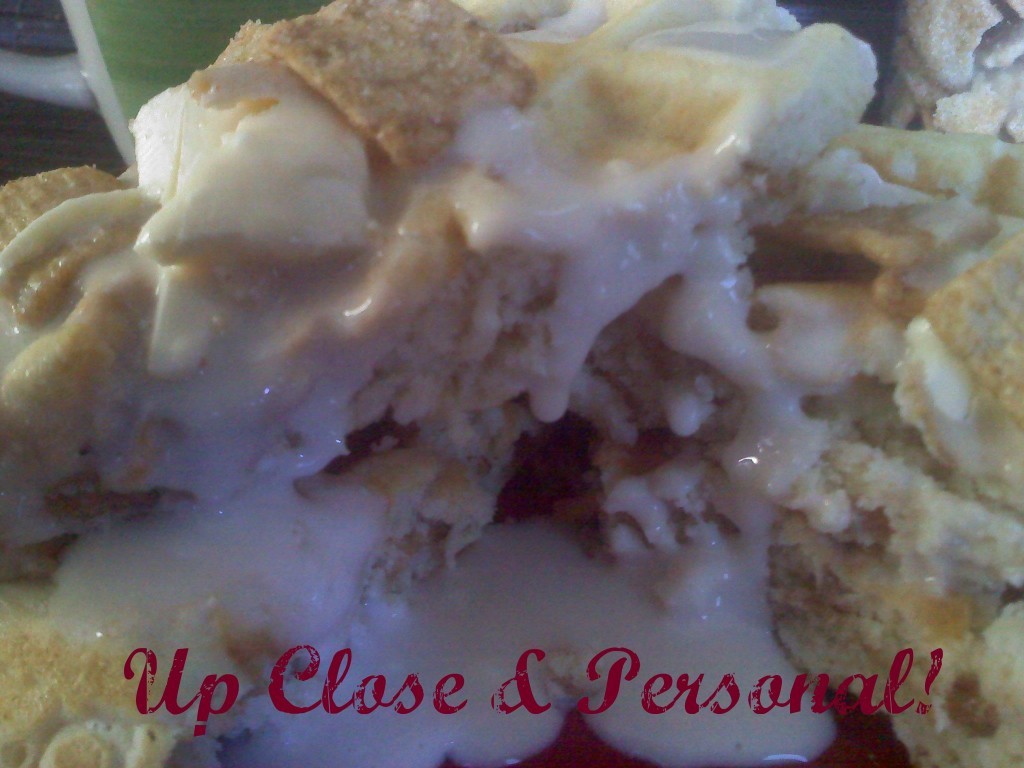