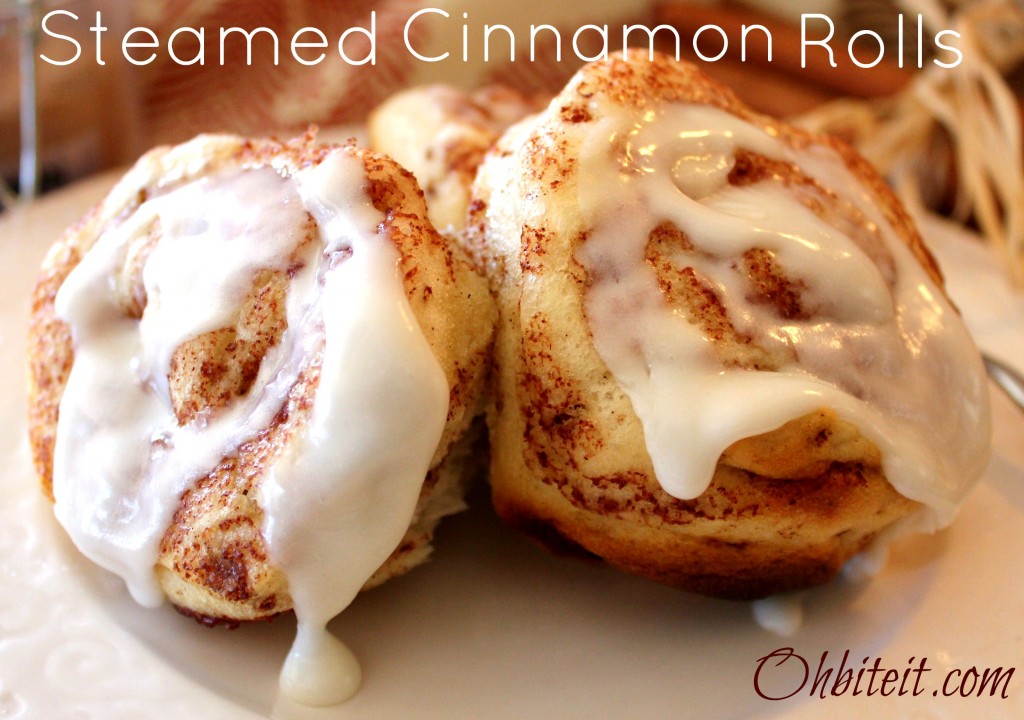 Where, oh where do I begin?  How can I find the words to describe and explain the magnitude of deliciousness that these steamed cinnamon rolls provide, in under 10 minutes, no less!  I know this method may sound strange, but I actually got the idea from a Chinese restaurant that served steamed biscuits..also ah-mazing!  Plus, I really needed another way to prepare Cinnamon Rolls..since there just aren’t enough recipes/methods out there already..haha!  😉 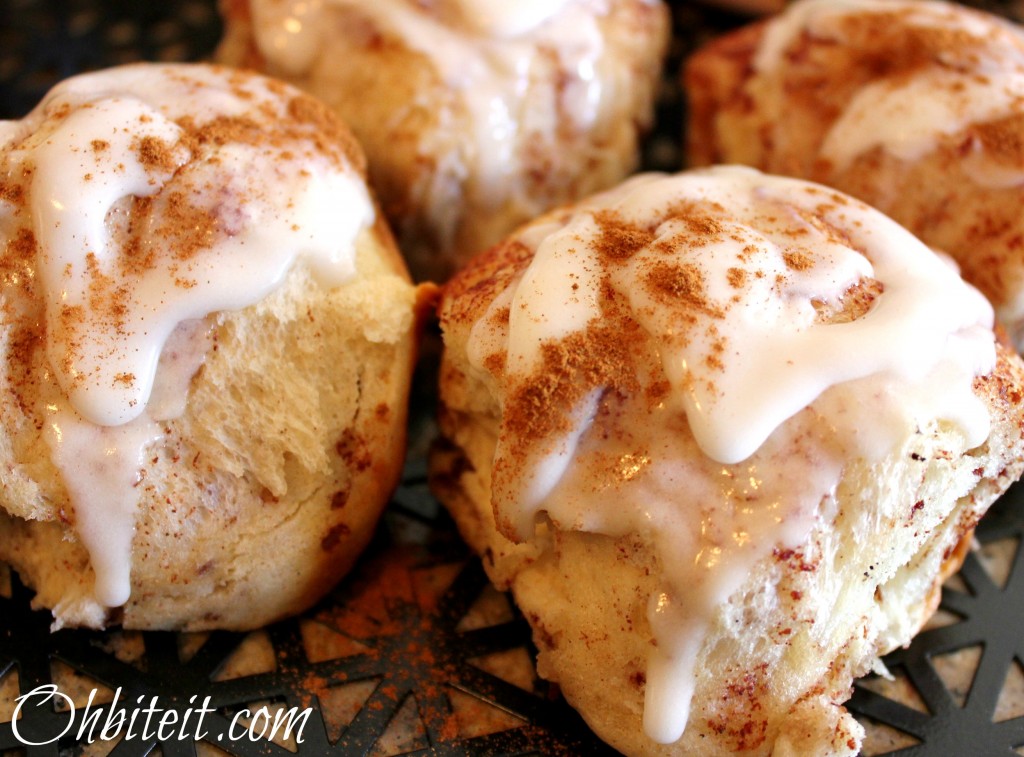 I wish you could just reach in through your computer and grab one of these moist and delicate clouds of doughy & puffy deliciousness!  What the steam does to these basic Cinnamon Rolls, in a matter of a couple of minutes is beyond compare!  They get so puffy, light & moist, that they totally melt in your mouth!!  Be careful, they go dwon SO easy this way!  🙂

I just wish I had the verbal ability to explain them to you, without you hearing all my squeals of joy to make my point..lol!  You just have  to try them!  🙂 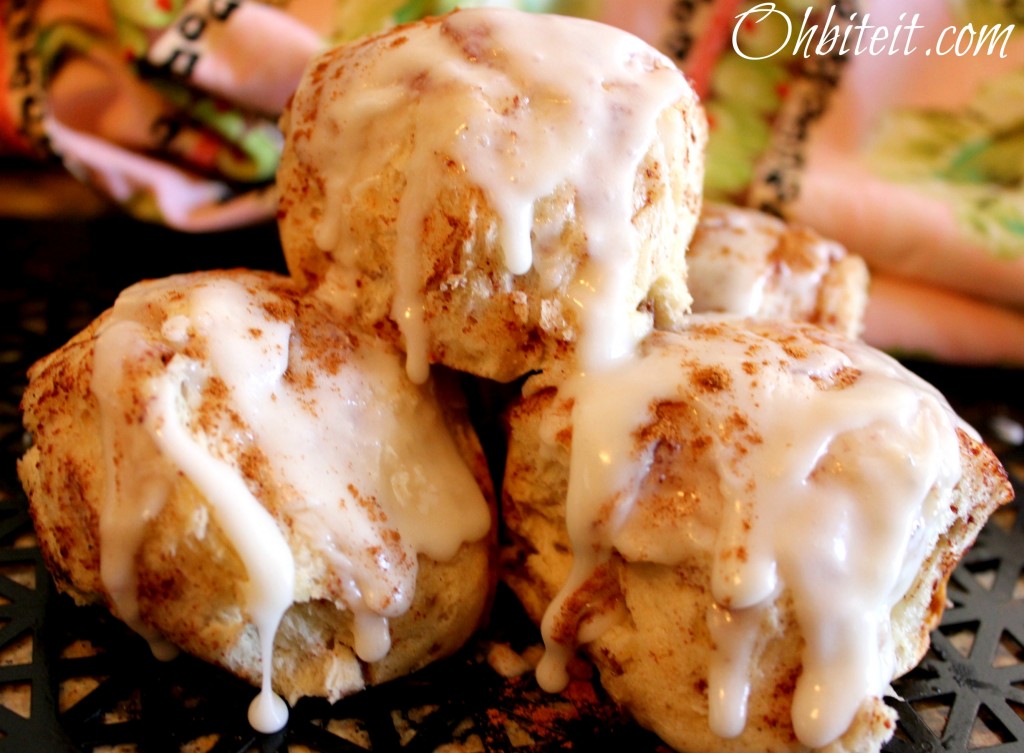 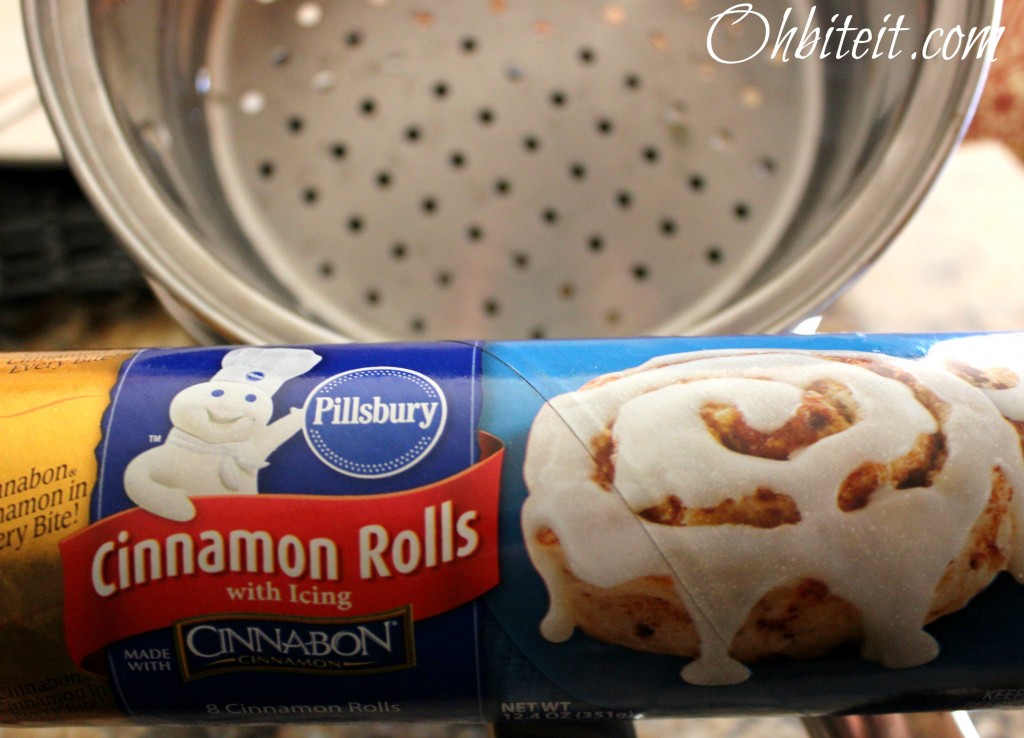 Fill a medium pot with water.

Place the rolls, cinnamon side up into your steamer basket. 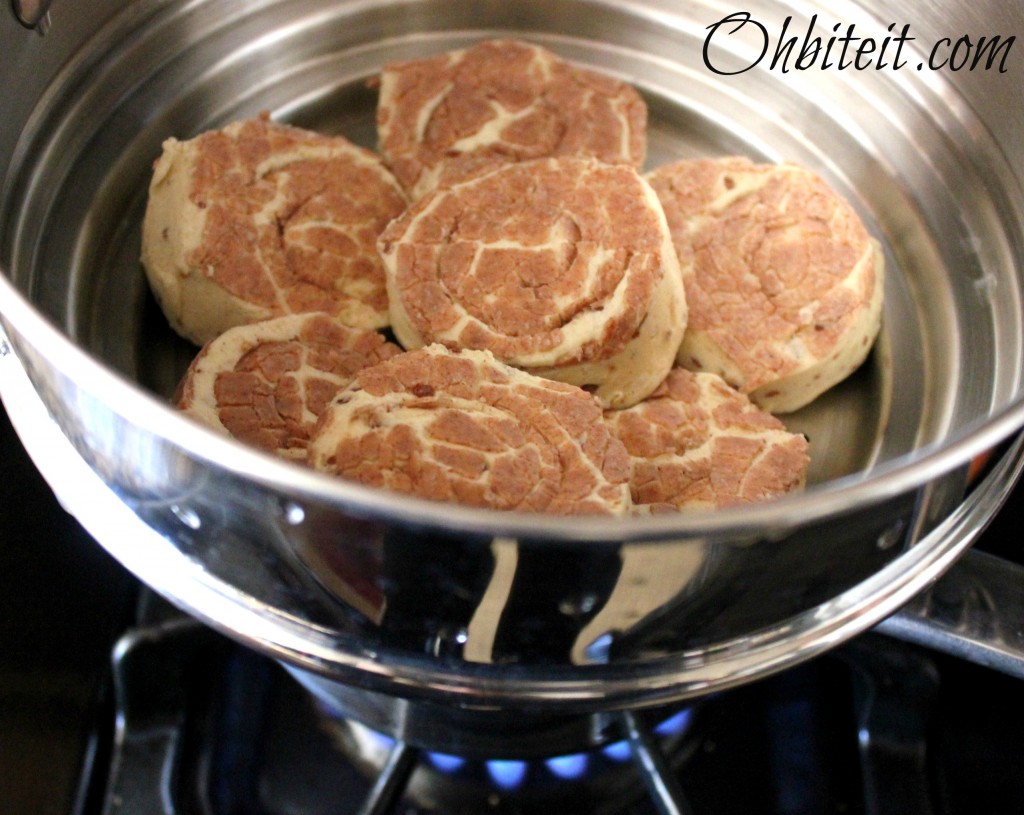 Cover tightly..and turn up the heat..let them steam for about 5 minutes!

Take a little peek to see them puff up! 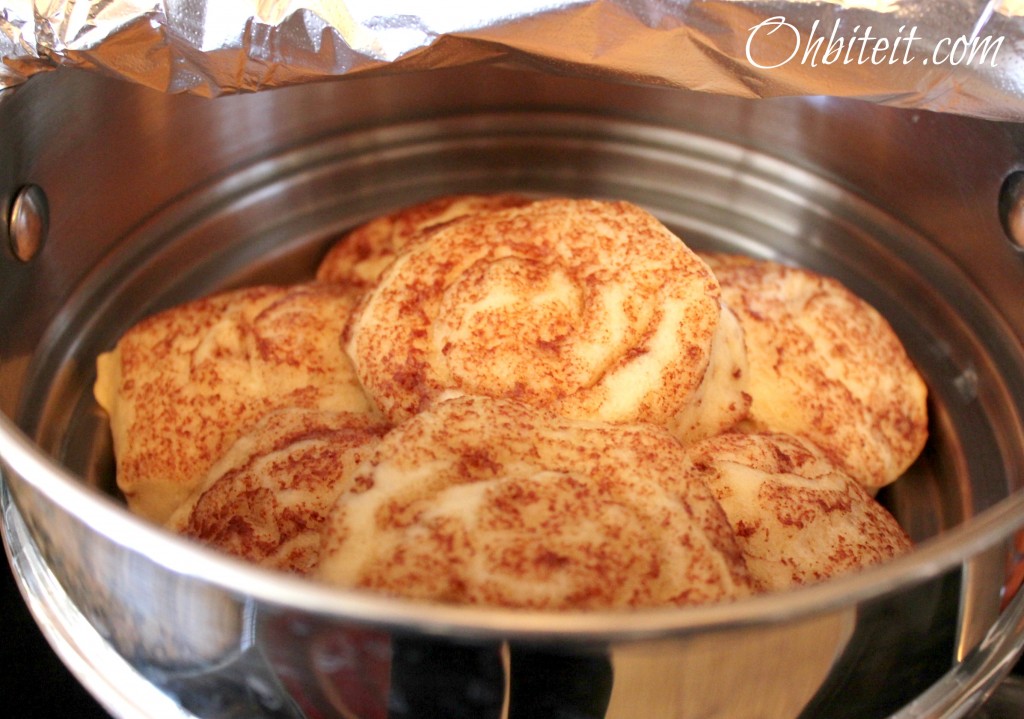 While they’re warm, swirl on some of the included frosting, and give them a dusting of cinnamon (optional)!

I made a ghetto pastry bag out of a ziploc sandwich baggie to achieve maximum swirlage..lol! 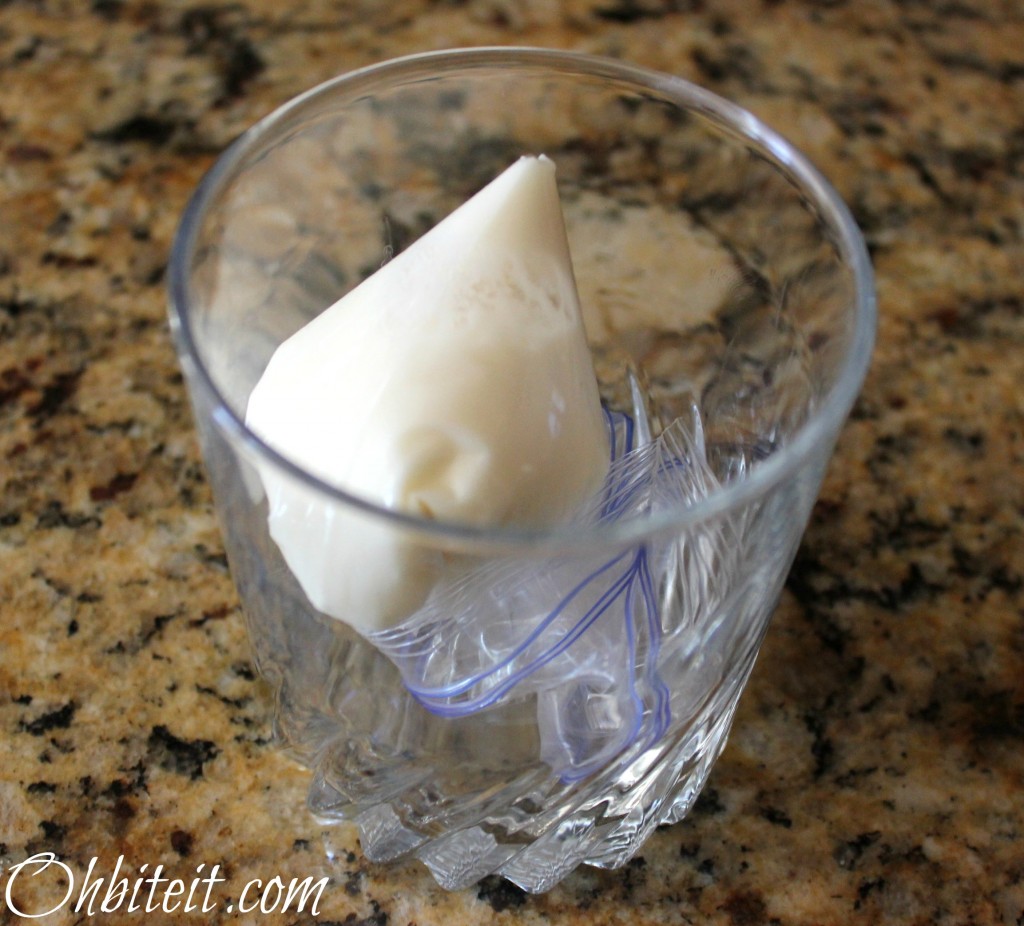 Serve up a moist, fluffy, hot, ooey gooey Cinnamon Roll without even heating up your entire kitchen!  What a perfect way to start the day..or end one!  ~Enjoy!  🙂 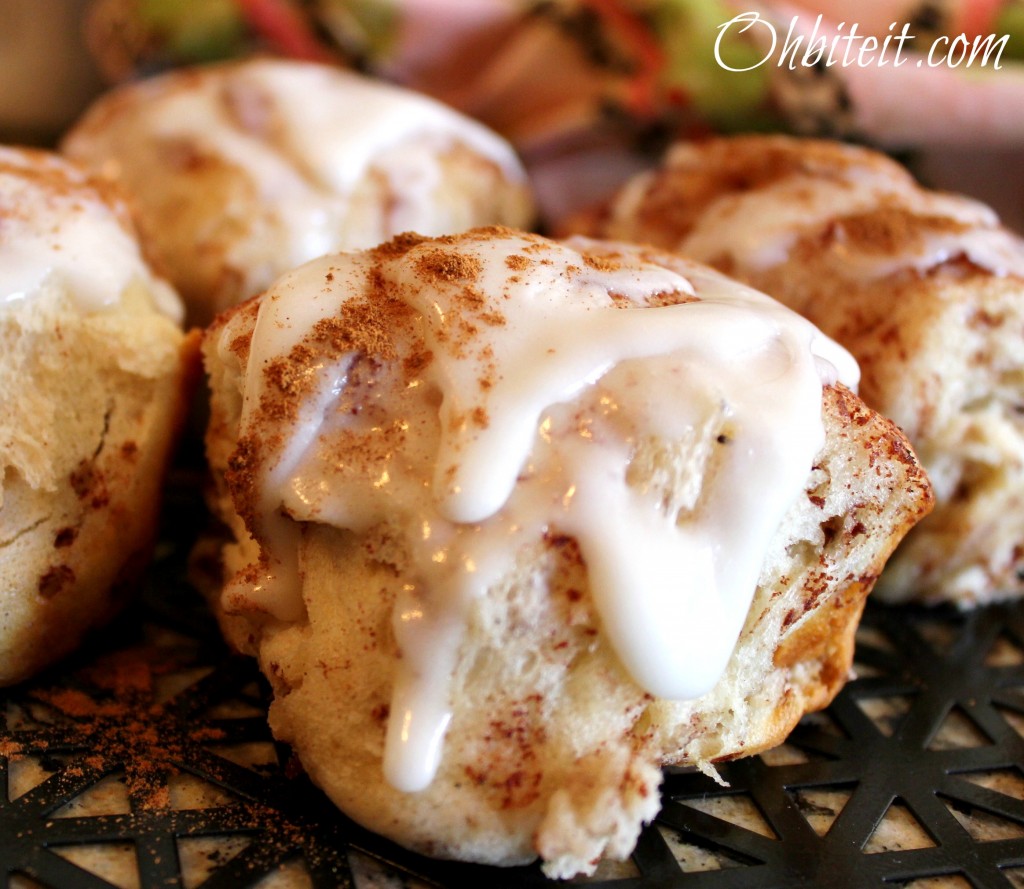