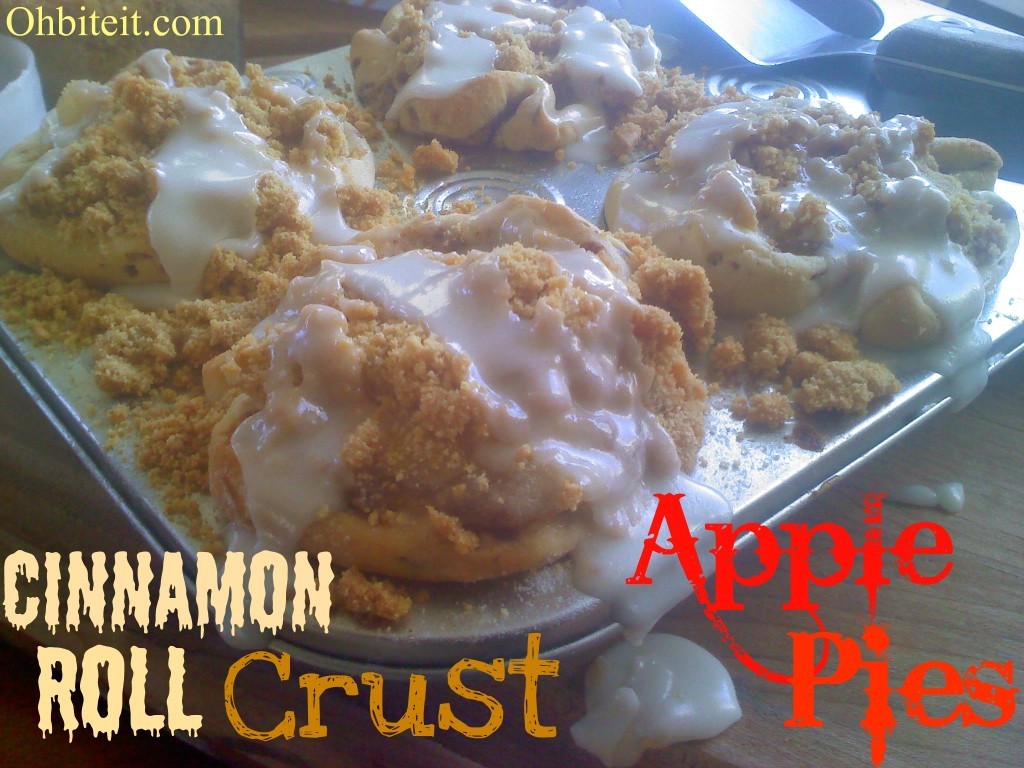 Oh-M-Gee..Cinnamon Rolls can be used as pie crusts, cupcake liners, and mini pie shells?!  Life as I know it is forever changed..lol!  I know that my life will never be the same since I discovered this treasure of deliciousness!  My brain is now over-flowing with endless ideas and I see some yummy treats in my future.  🙂 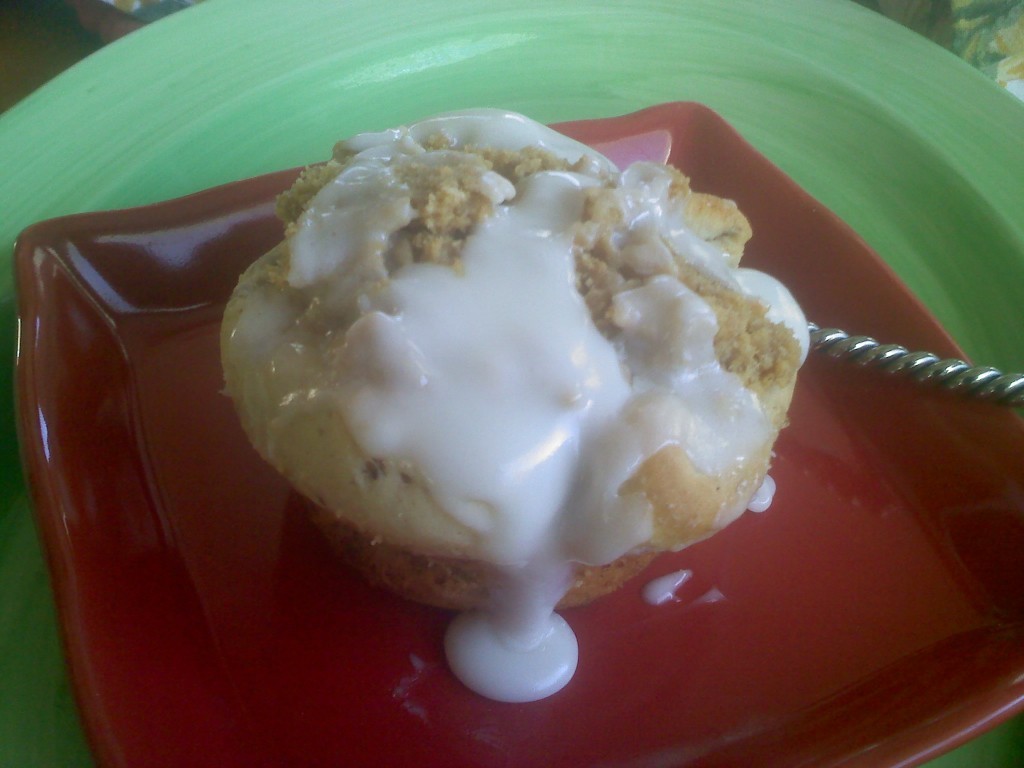 Not only is this idea so cute, but the cinnamon roll gets so warm and tender with the apple pie filling bubbling away inside of it!  And as a bonus, the amazing frosting is generously provided by Pillsbury! Give these a try the next time you need a unique and totally scrumptious dessert!  After everyone’s Oooh’s & Ahh’s..you will hear nothing but silence as people fall into a deep cinnamon roll-apple pie trance..Make many, like many..many!  🙂 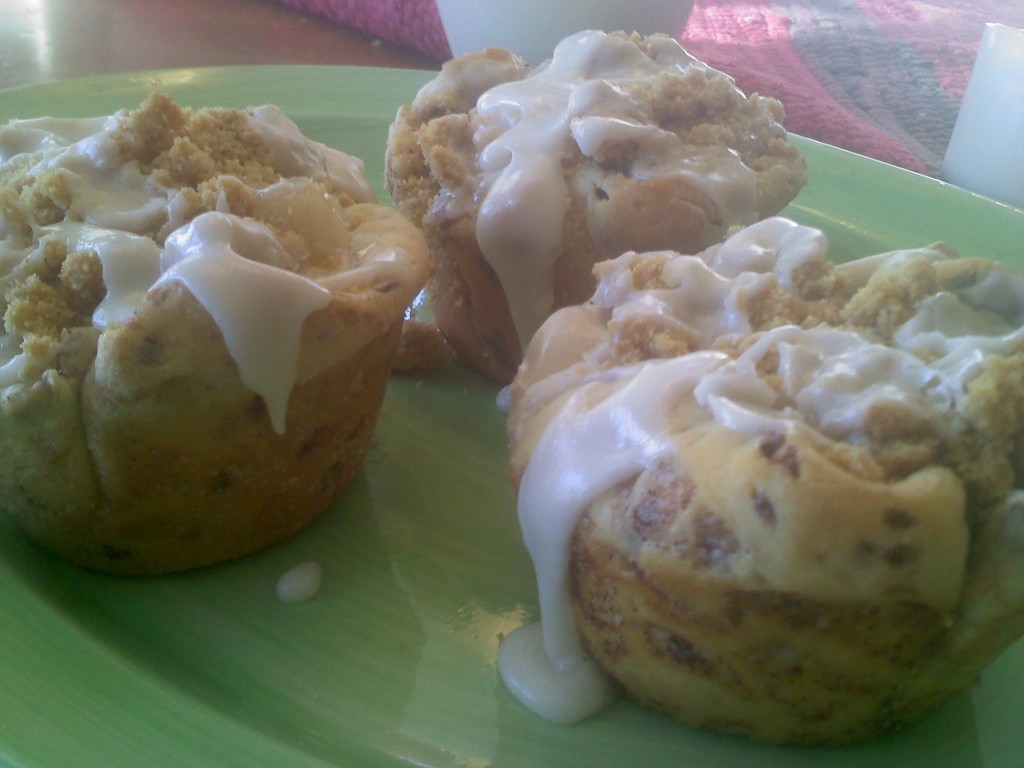 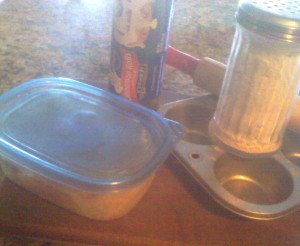 Pillsbury Cinnamon Rolls..one per each pie

Apple Pie Filling (I had some leftover) 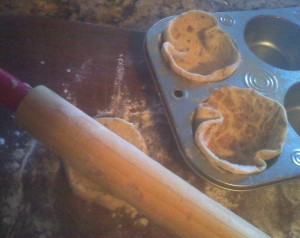 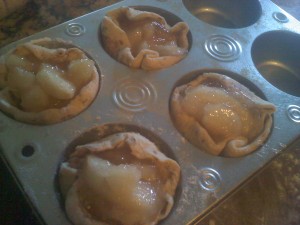 Fill it them up to the top with the pie filling 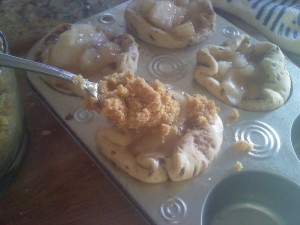 Bake at 350 for about  6 minutes & then it’s time to top them with the Graham Cracker Crumble, prepare it while they’re baking

After they’re topped with the Crumble, continue baking them for another 6 minutes 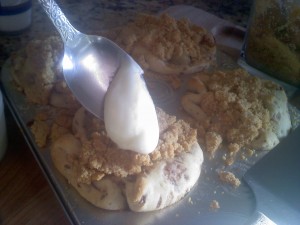 Top them with the Cinnamon Roll frosting, and have yourself a nice warm, scrumptious  bite!

These truly are incredible!  ~Enjoy! 🙂 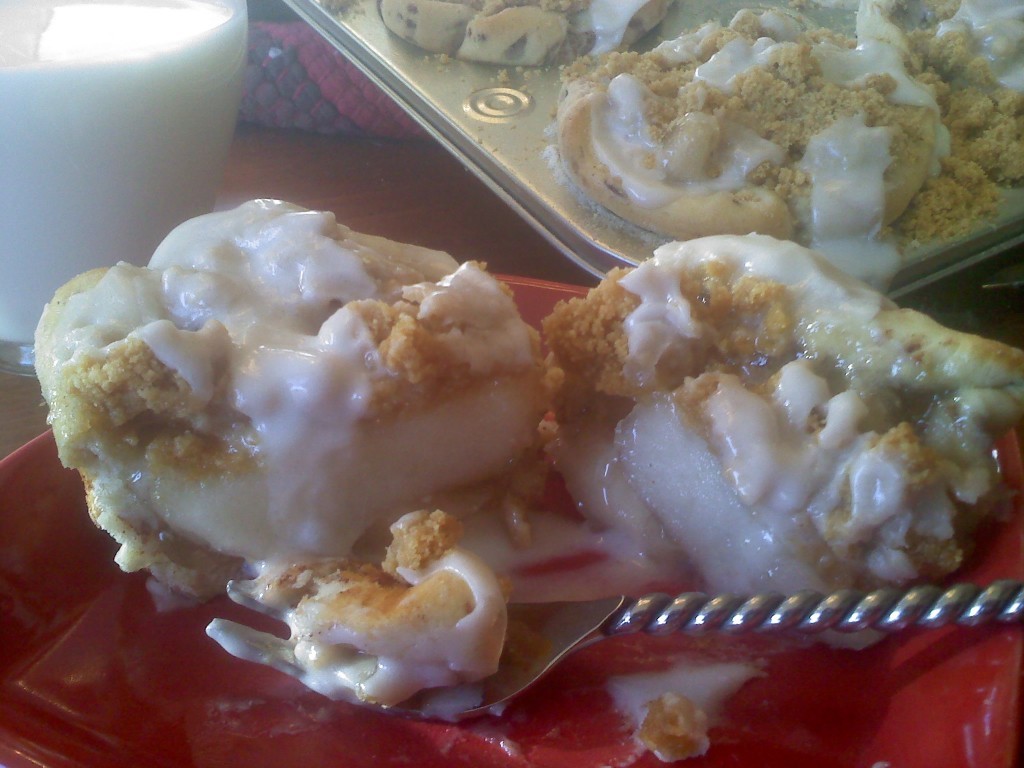