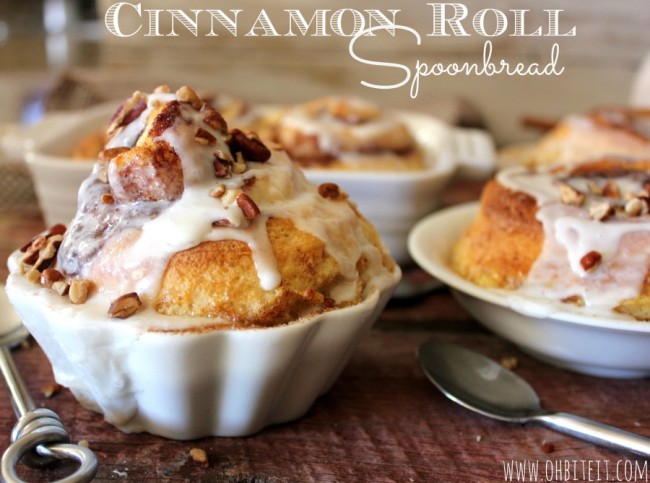 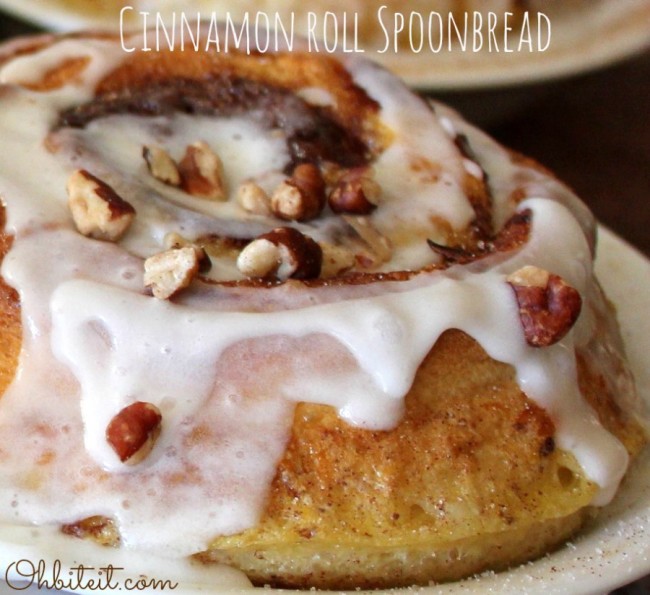 ~Get that Pinky up, because Cinnamon Rolls just got Fancy AND Shmancy! 🙂 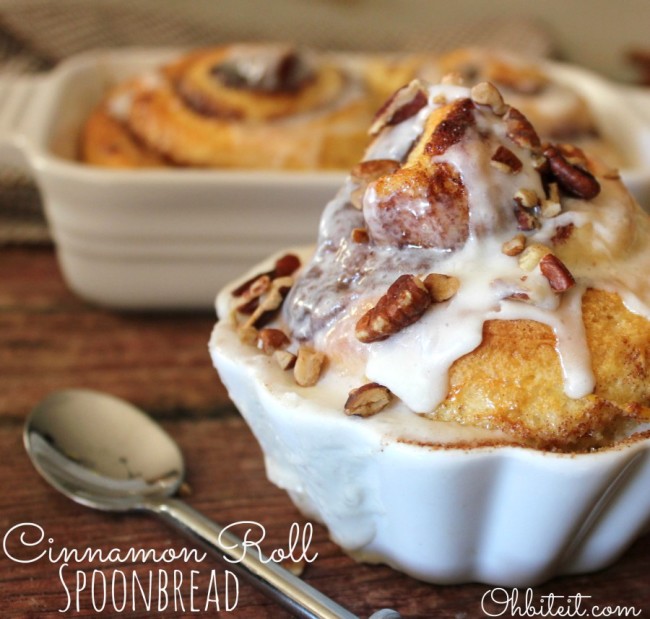 Sooo fancy that you’ll need a spoon to eat them.  These moist and tender Cinnamon Rolls are covered in a rich cream & nestled deep into a thick, smooth and dreamy Vanilla Custard.  Gently topped with a sprinkling of crunchy Pecans!

No sticky fingers and sleeves allowed here, this is spoon and napkin territory! 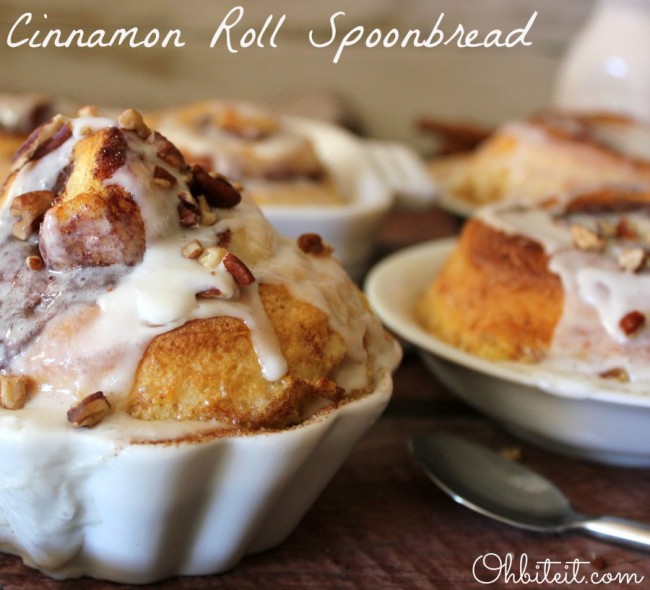 Each super moist spoonful will take you to Cinnamon Roll/Bread Pudding Heaven with every sweet and classy bite..lol! 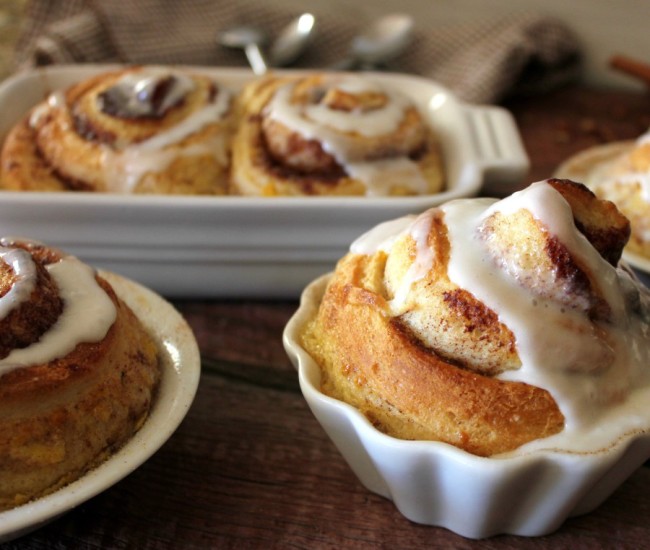 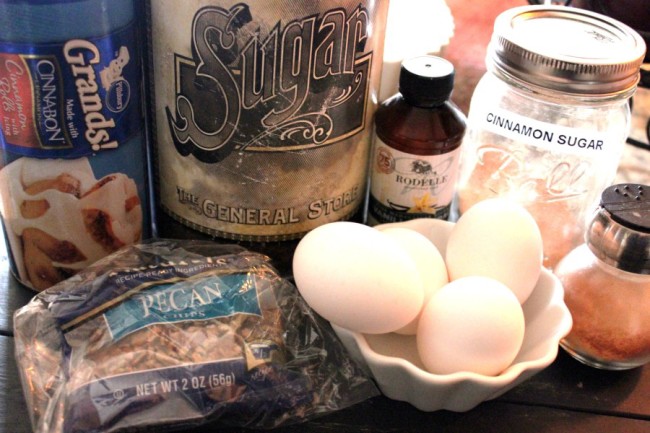 1/2 cup Cinnamon /Sugar mixture for sprinkling in the bottom of the baking dishes, and some non-stick spray..optional!

3/4 cup Milk (or Cream for a richer Custard) 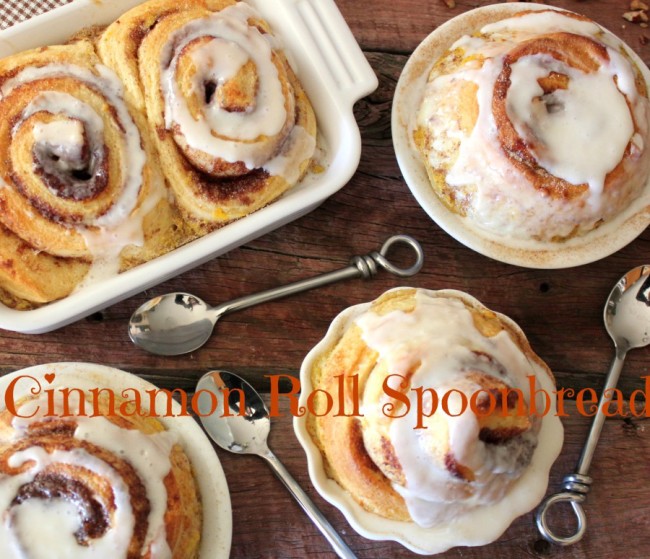 Spray the bottom of your baking dish/dishes with non-stick spray and dust them with the Cinnamon/Sugar mixture.  Set aside… 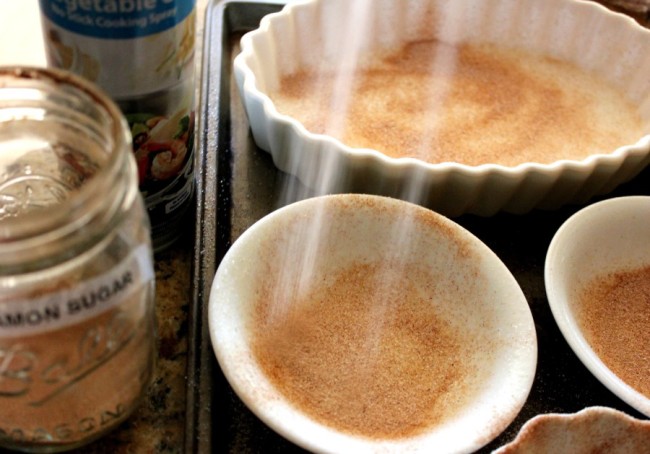 In a medium bowl, prepare the custard by  combining the Eggs, Milk, Vanilla, Sugar and Cinnamon. Whisk until smooth and well combined.  Set aside… 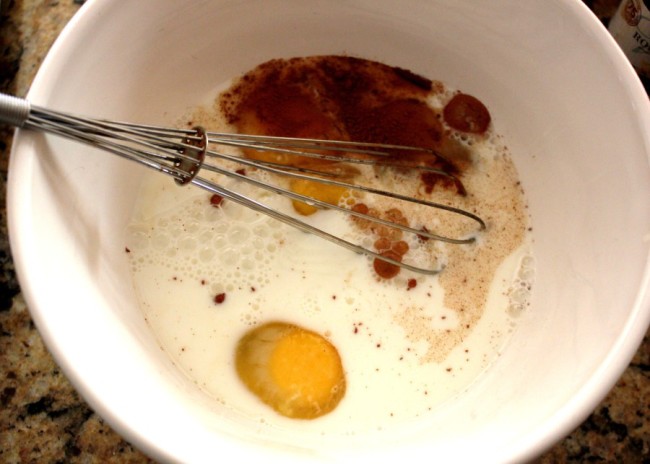 Pour the Custard down over all of the Cinnamon Rolls, making sure to get the tops as well as the sides.  Pour enough to go halfway up the baking dish, so you have a nice, creamy, custardy result… 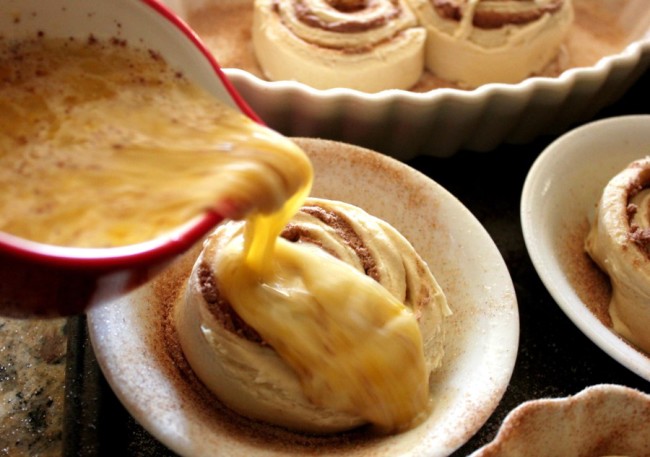 Now they’re ready for the oven…!  Bake them uncovered at 350 degrees for approx 25 minutes, or until the custard is absorbed and they’re firm & golden… 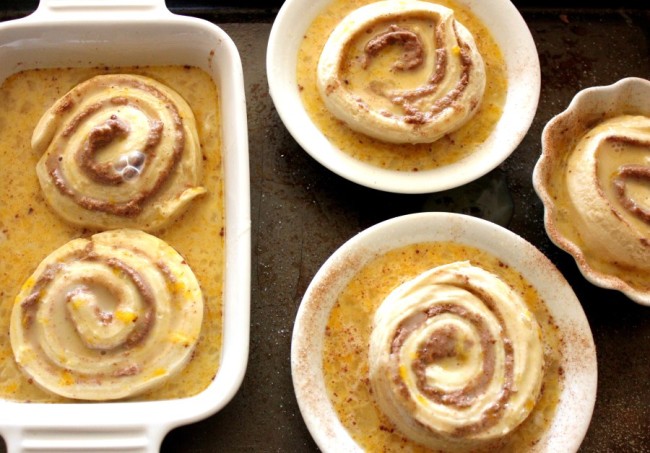 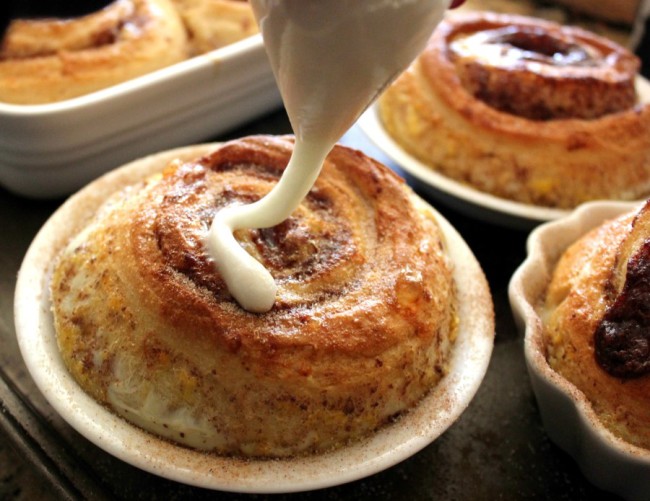 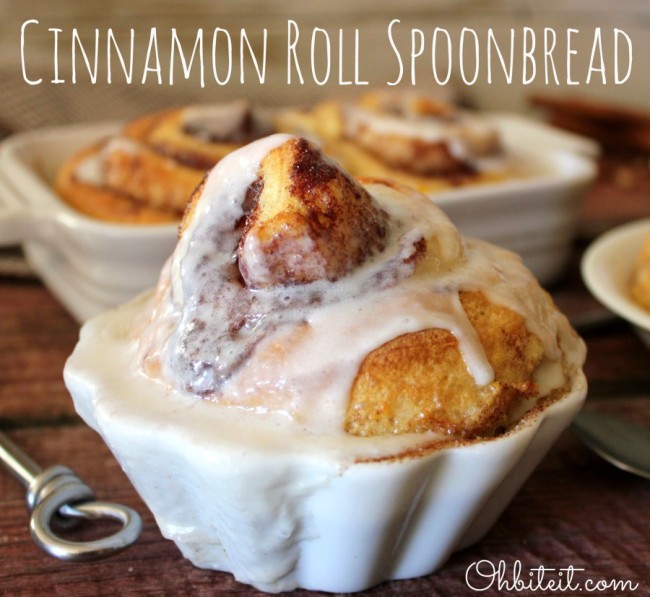 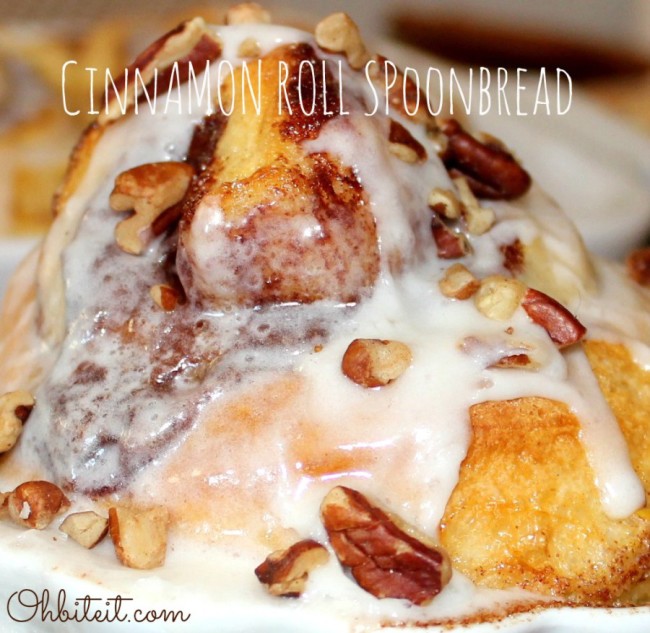 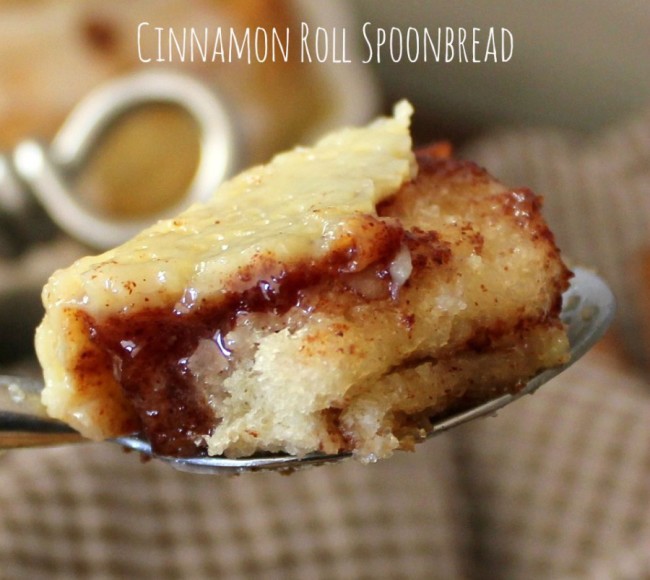 Time to serve them up… 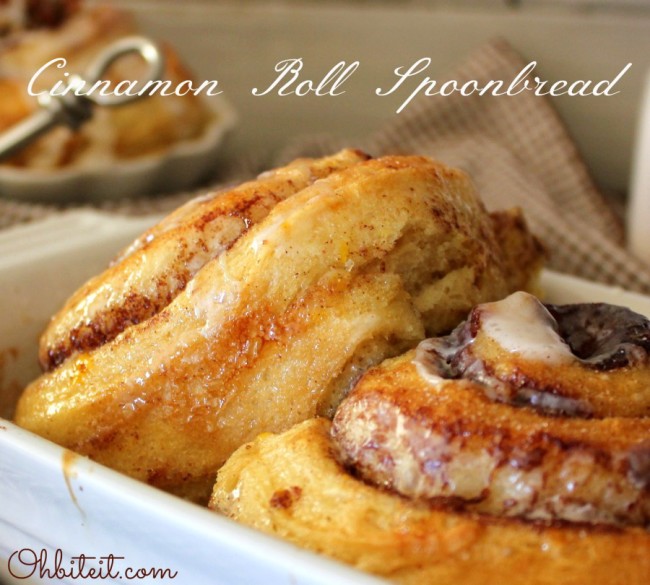 And get it where it belongs, in your mouth!  ~Enjoy! 🙂 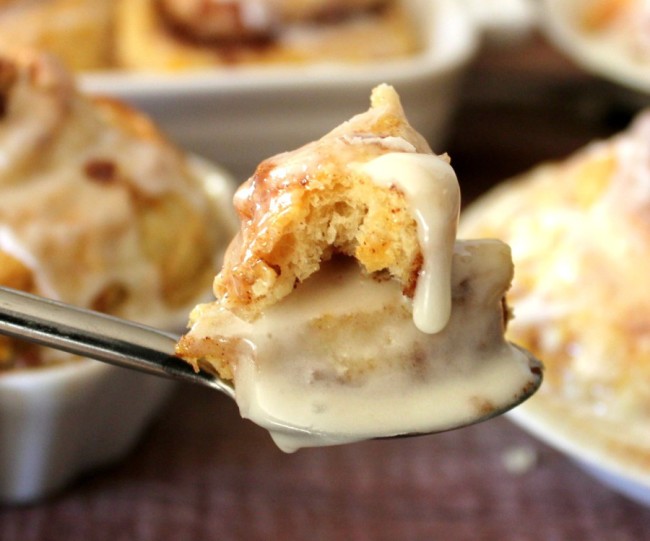