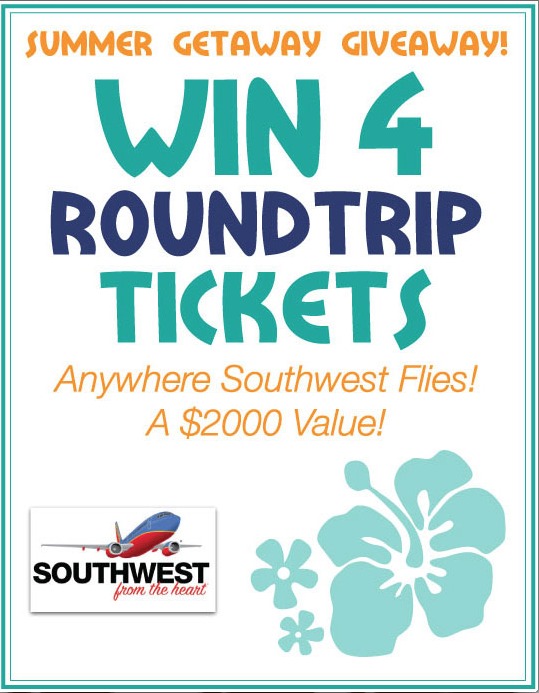 Are your vacation plans set?  On the fence about where to go, or if it fits in the budget?  Let us help!  We’re giving away four round trip tickets from Southwest Airlines that you can use wherever Southwest Airlines flies!  There is no better time than now for a great escape!  I love to take a week or two during the summer and get out of town.  It’s time for some well earned R&R, explorations and a total change in scenery!  Every Summer my daughter loves to go to San Diego and despite grand plan illusions, that’s where we always end up!  And we LOVE it!  We’ve driven it, and we’ve flown it, and let me tell you, our Southwest flight was waaaay more fun!  It actually became part of our entertainment!

So~~This is your chance at some free Summer fun!!

We are giving away 4 round trip tickets valued at $2000 (the winner will actually receive $2000 in vouchers, which could get them even more than 4 flights)

*Mexico or the Caribbean

Where would you choose??  🙂