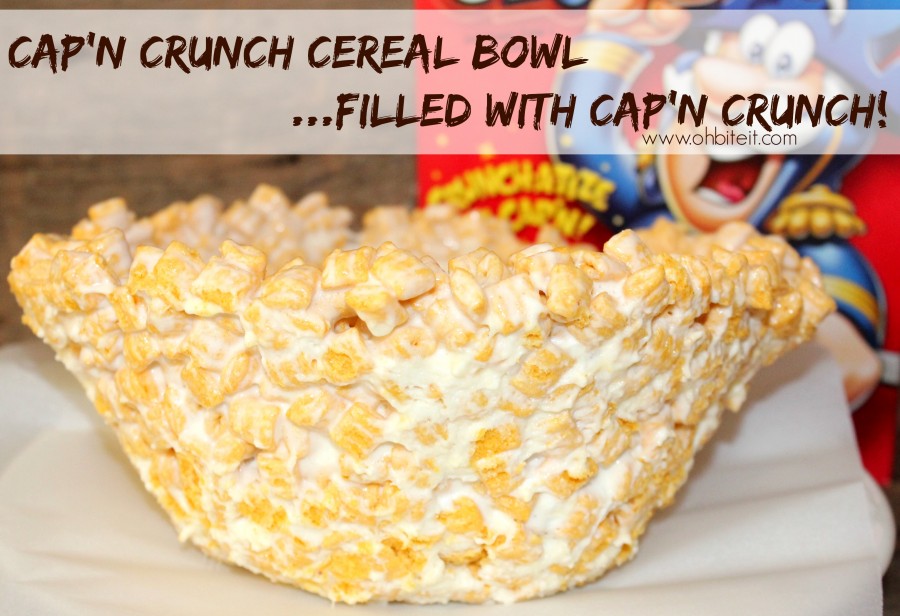 What can I say?  There’s really no explanation needed here is there?  It was just one of those days (like all days) when I was recklessly rummaging thru the pantry, and saw the big red box of happiness~Cap’n Crunch!  It was just staring at me, as if it was silently calling my name and pulling me in.

Now, if it were say, um..Raisin Bran OR Cheerios, we wouldnt be having this conversation right now, but NO..it was the captivating Cap’n Crunch!  And so here we are!

What was I to do? …ignore that amazing, crunchy cereal that my Mom would never let me have?  I think NOT!

Instead, I took my sugary cereal rebellion to the next level and created an entire cereal bowl out of the stuff..and then…YEP~  filled that bowl with MORE cereal!  Sorry Mom! 🙂

one large bowl for mixing

one large bowl for making the cereal bowl

one smaller bowl for making the cereal bowl 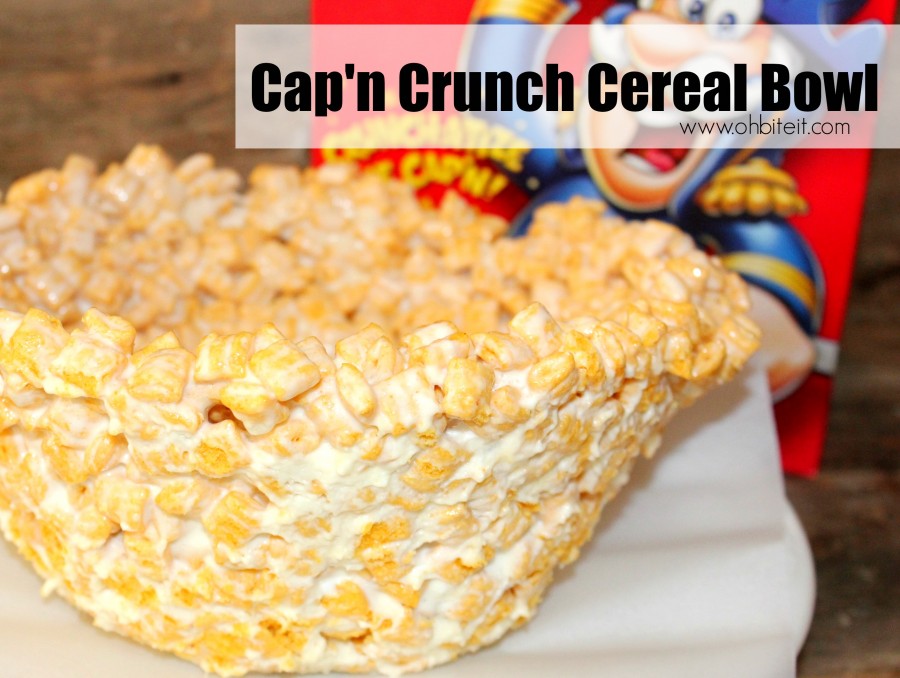 Stir it up to combine… 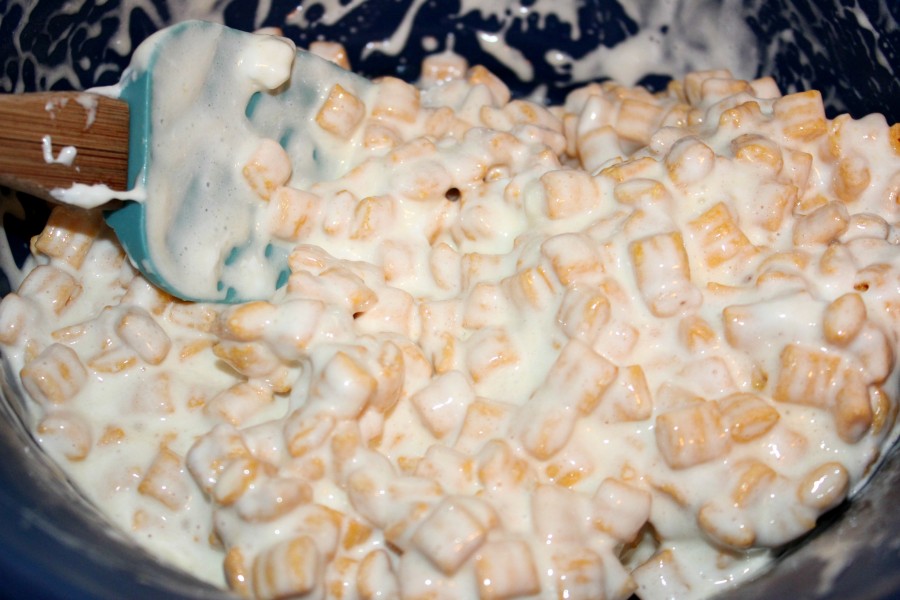 Now, line a large bowl with plastic wrap and pour in some of the sticky cereal.

Also line the bottom of your small bowl with plastic wrap, so it’s covered as you push it down into the cereal.

Gently push the smaller bowl into the cereal filled large bowl, forming the sticky cereal up and around the outside of the small bowl.  Scoop some more of the cereal if needed onto the edges to make sure that your finished bowl will be deep enough…

Let it set up for about an hour or two.

Now, gently remove your cereal bowl, and peel off the plastic wrap.

Fill up that cereal bowl with more…cereal, pour some milk in there and eat it up quickly to avoid and leaks..lol!