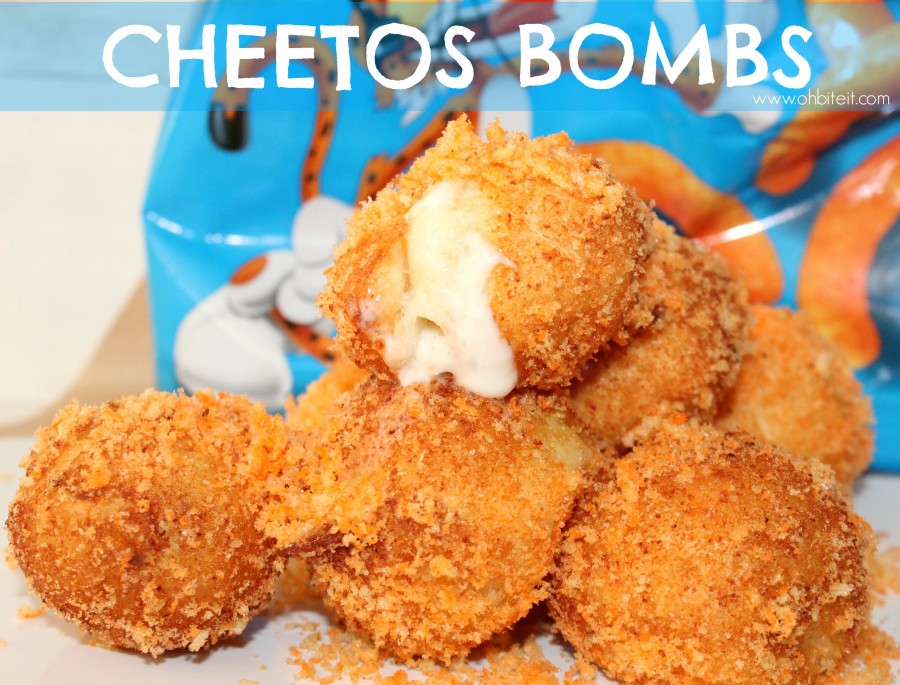 Well, it happened!  I’ve all but taken Cheetos to the next level of snack-awesomeness, it’s super-bright orange and it’s spectacular!  Oh, there’s no hiding this evidence, so just sit back and give in.

Don’t bother trying to turn away, or acting like you never saw this..it won’t work.  🙂

Of all the tasty, and um..crazy things I’ve bombed around here, these little balls of beauty might hold the title of “craziest”…and most delicious! 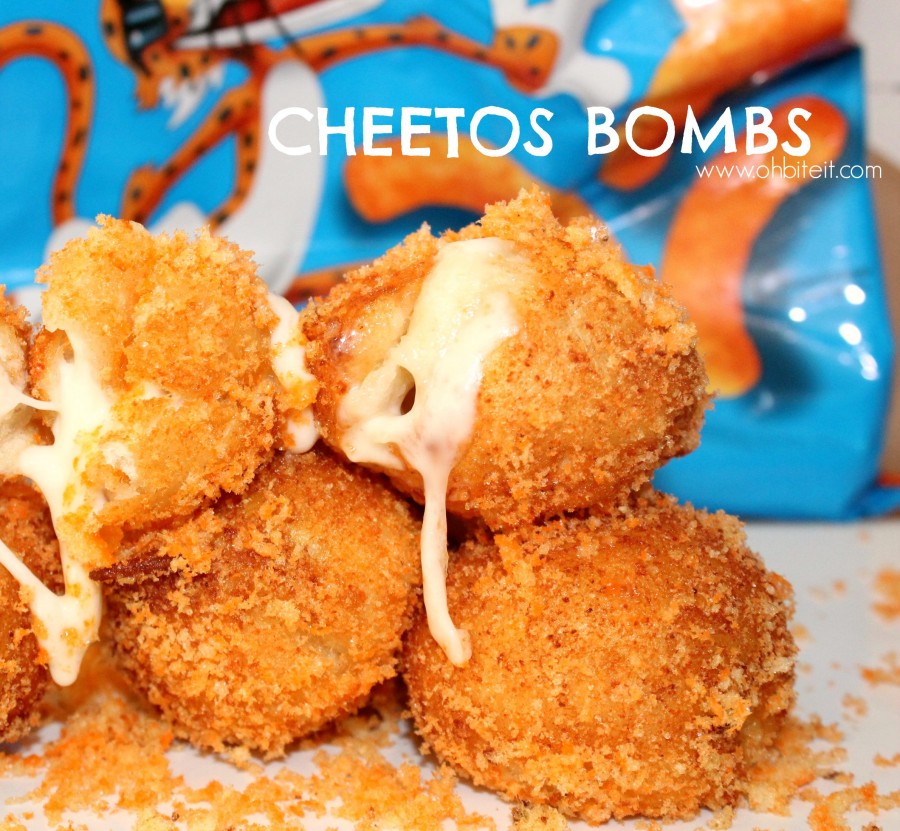 I’m talking about buttery pillows of puffed dough, filled with the meltiest, and creamiest cheese, just waiting to grace your lips with pleasure ..and bright orange ‘evidence’.

~And I haven’t even gotten to the Cheetos part yet, so sit down..lol! 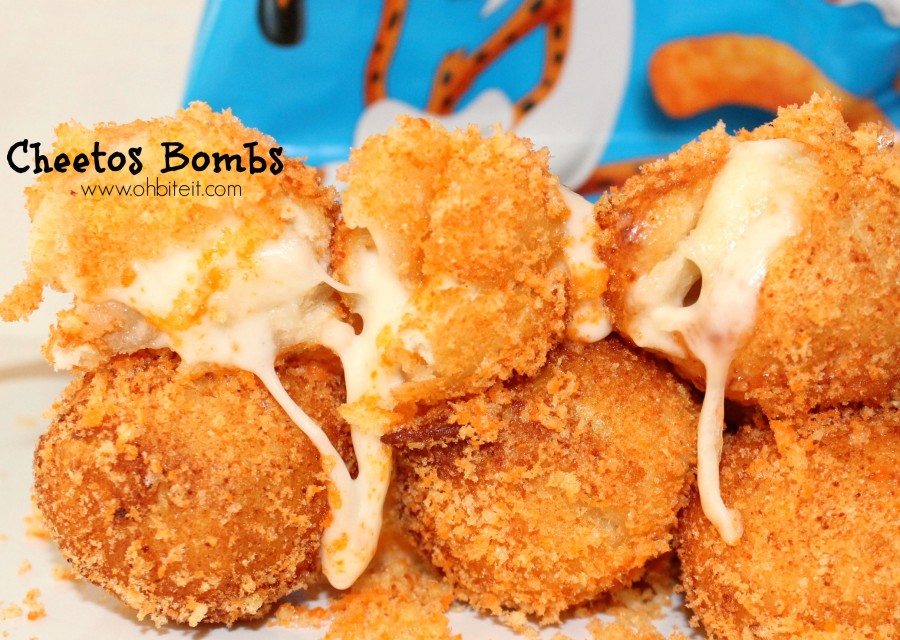 Not only are these melt-in-your-mouth bombs the bomb-diggity as is, but they’re taken to levels unheard of until now, with the addition of our favorite snack that tattles on you..yep, I’m talking about day-glo orange, there’s no lying about what you just ate..CHEETOS!  And WOW…talk about a flavor boost! 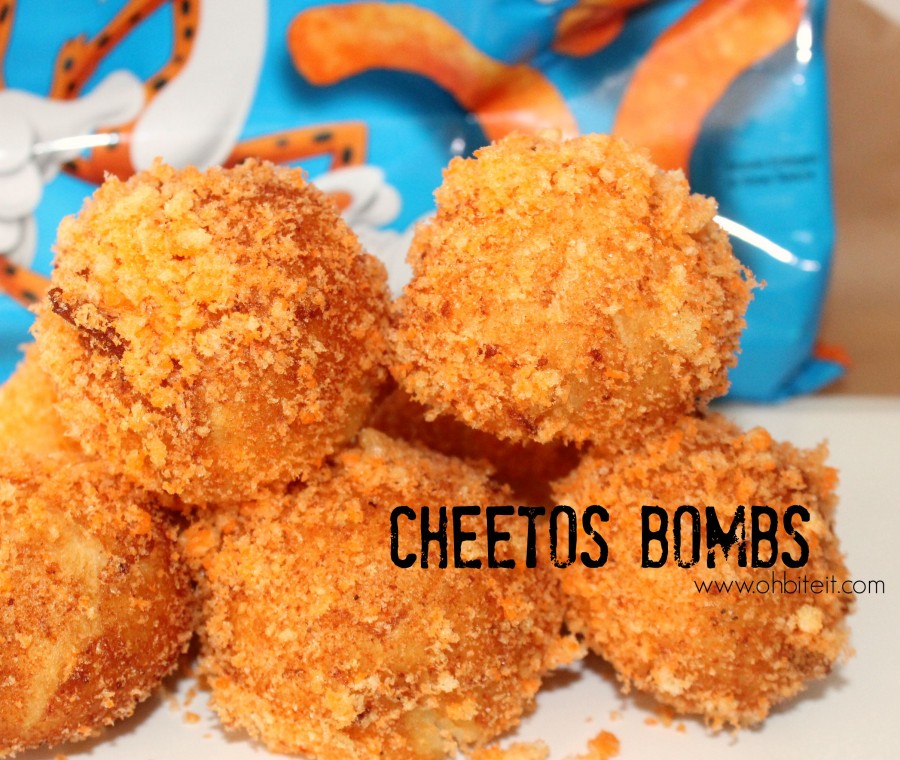 Each bomb is double-coated in Cheetos, just to be sure that there’s no doubt about what the incredible treat it is that you’re eating..lol!  Jazz up any day, any party, any weekend at home on the couch with these babies…trust me! 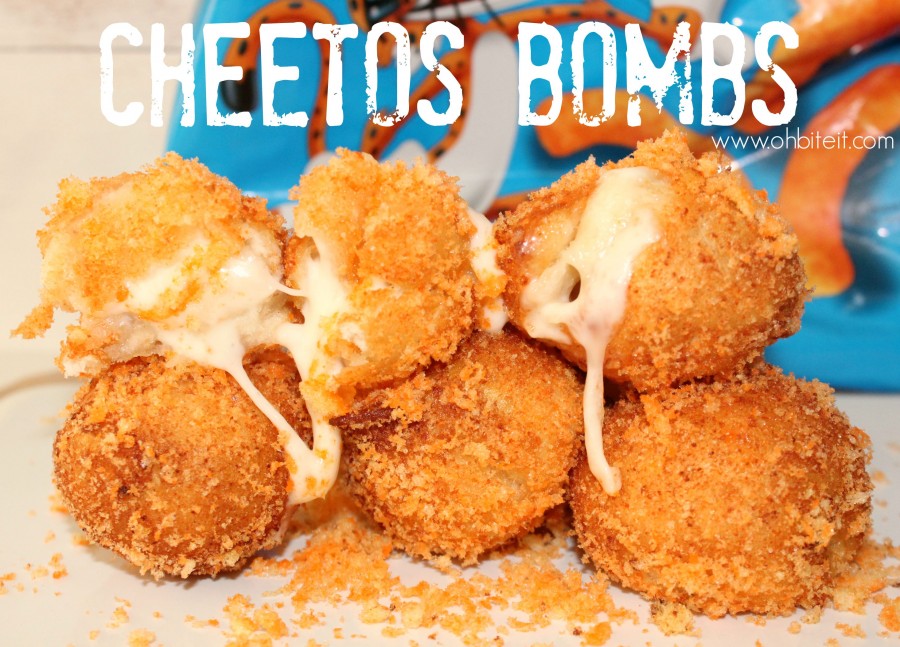 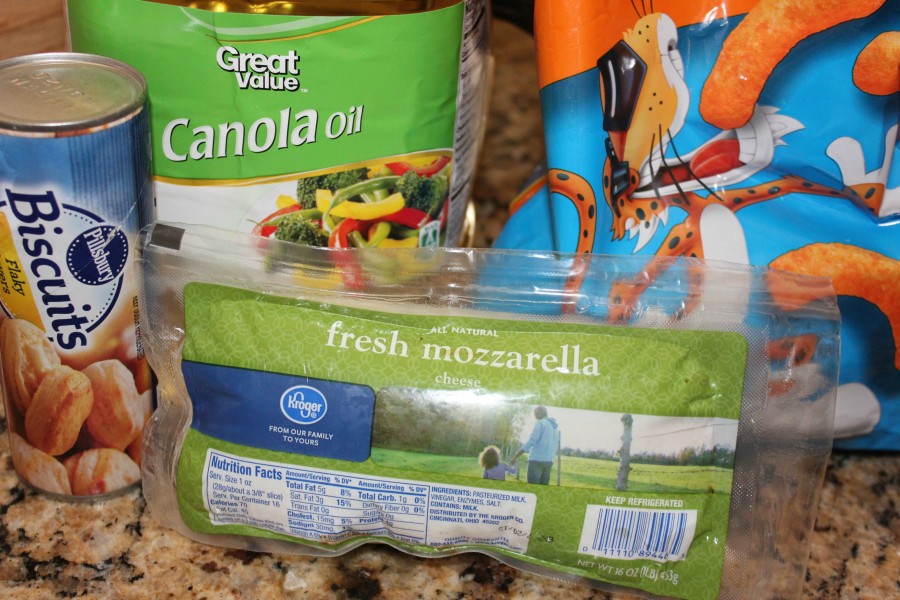 1 container of Pillsbury Biscuits (8 count)  ..NOT the Grands, I used the smaller biscuits this time 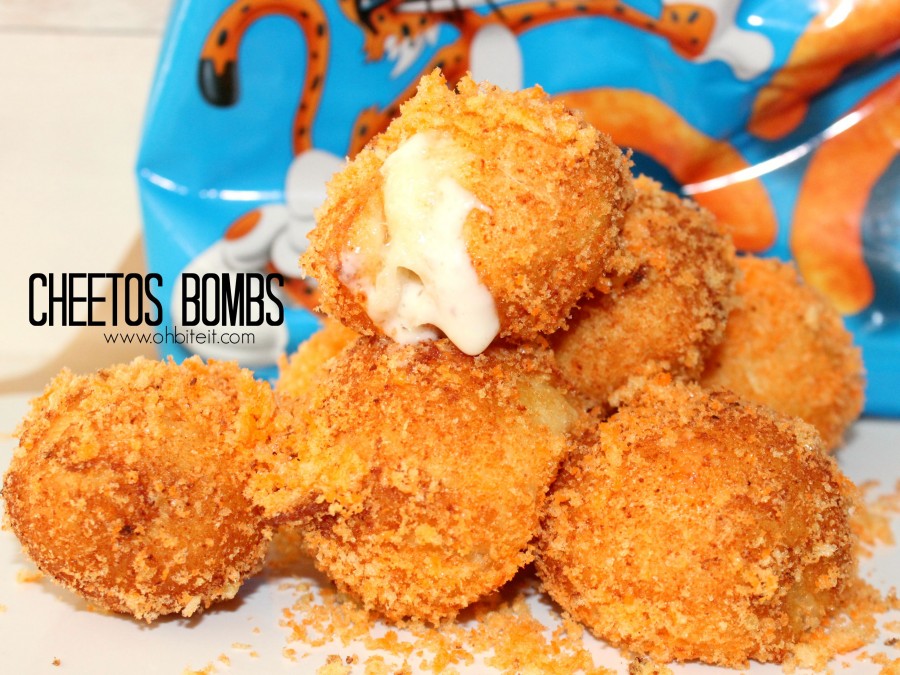 Crush up the CHEETOS..I used a food processor, but muscles will work! 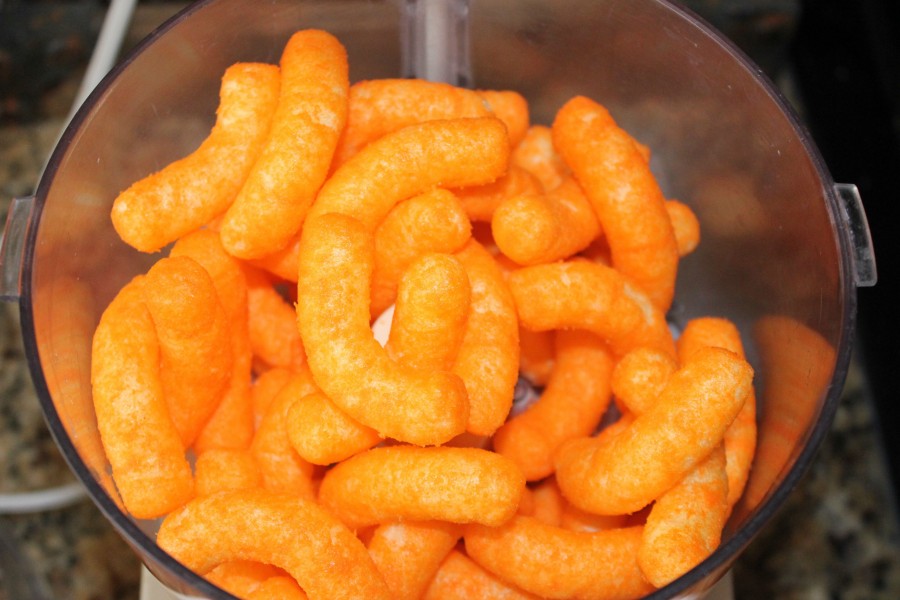 Simply gently stretch out a biscuit and place a cube of the cheese inside, making sure to seal it up very well! 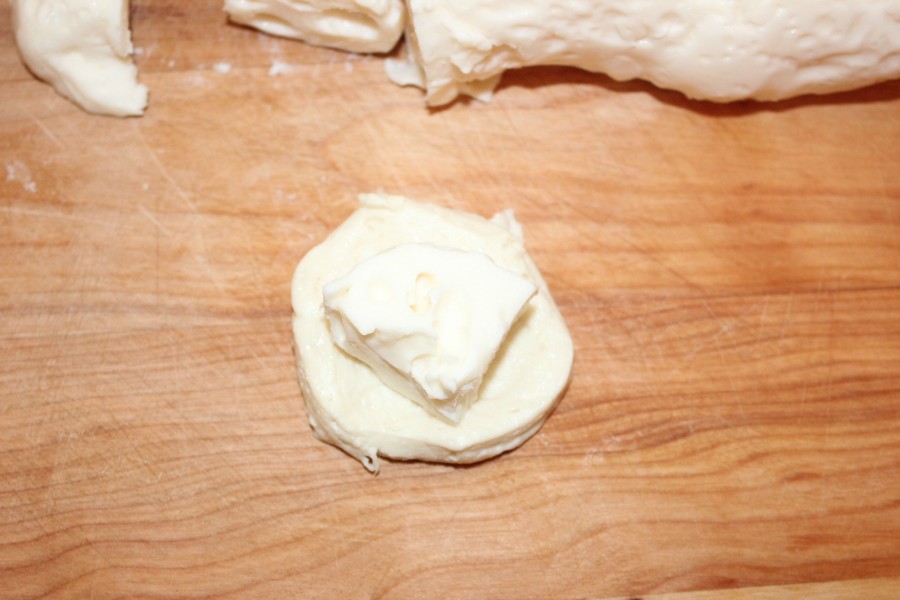 Roll the stuffed biscuit balls in the crushed Cheetos… 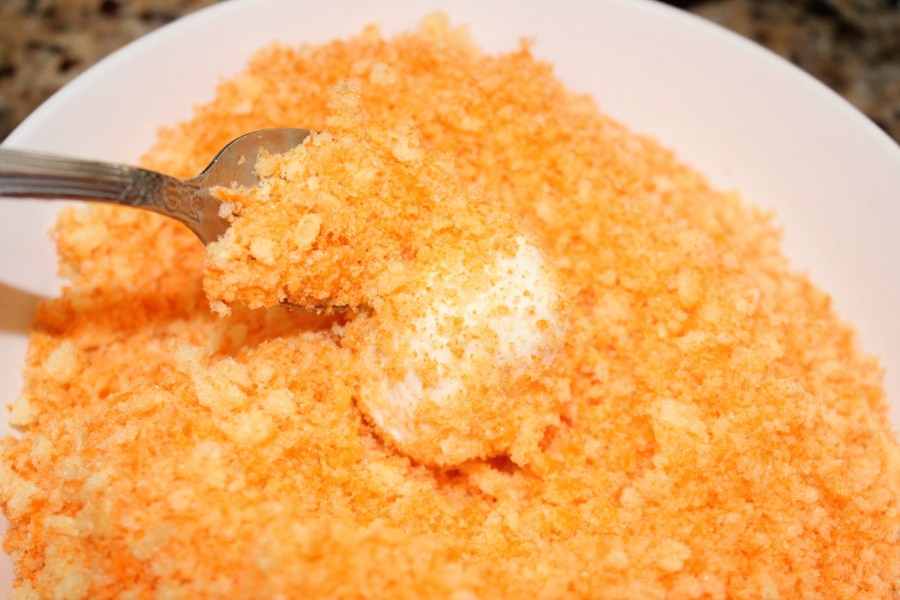 Evenly covering them in crumbs… 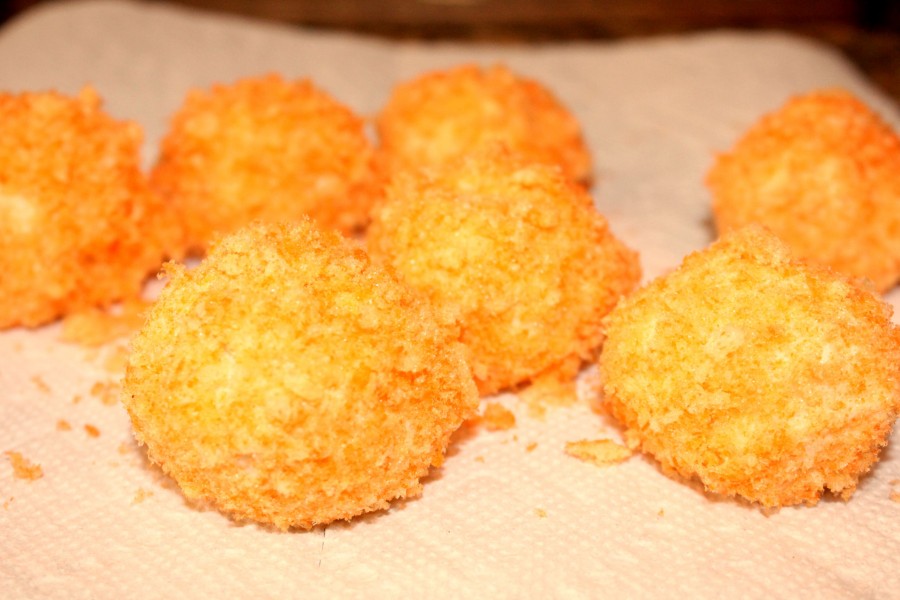 Now, fry them up in the hot (350 degree) oil, until they’re puffed and golden… 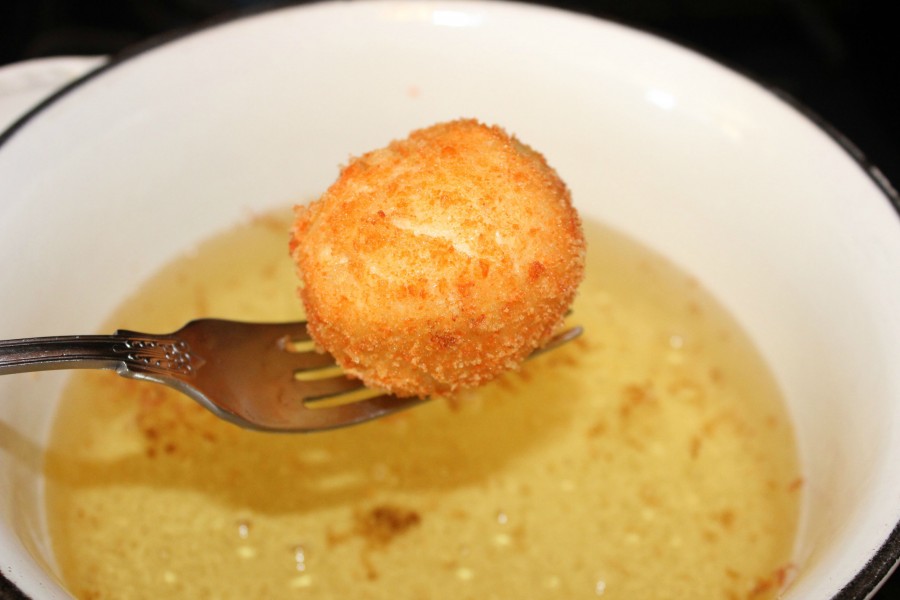 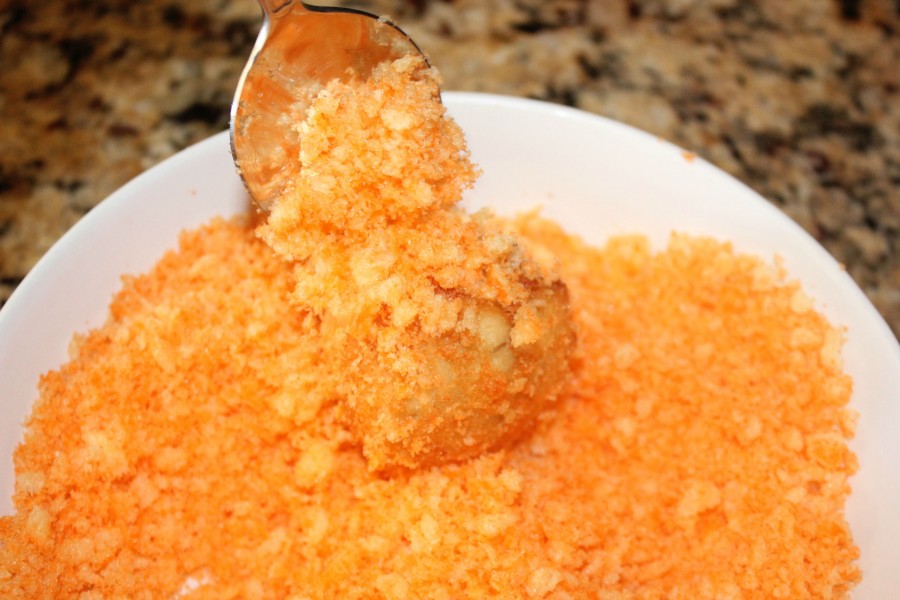 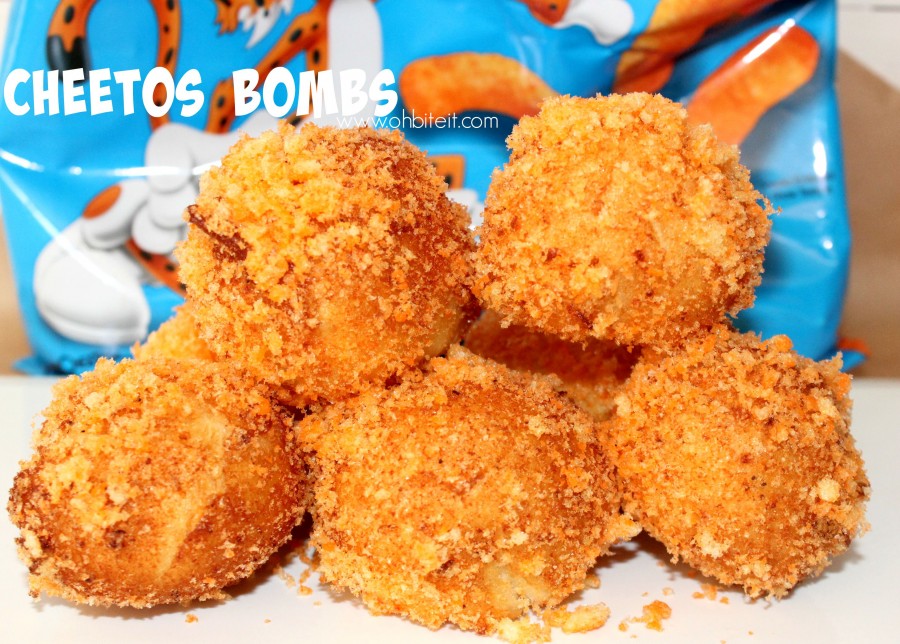 So they do THIS for everyone who partakes… 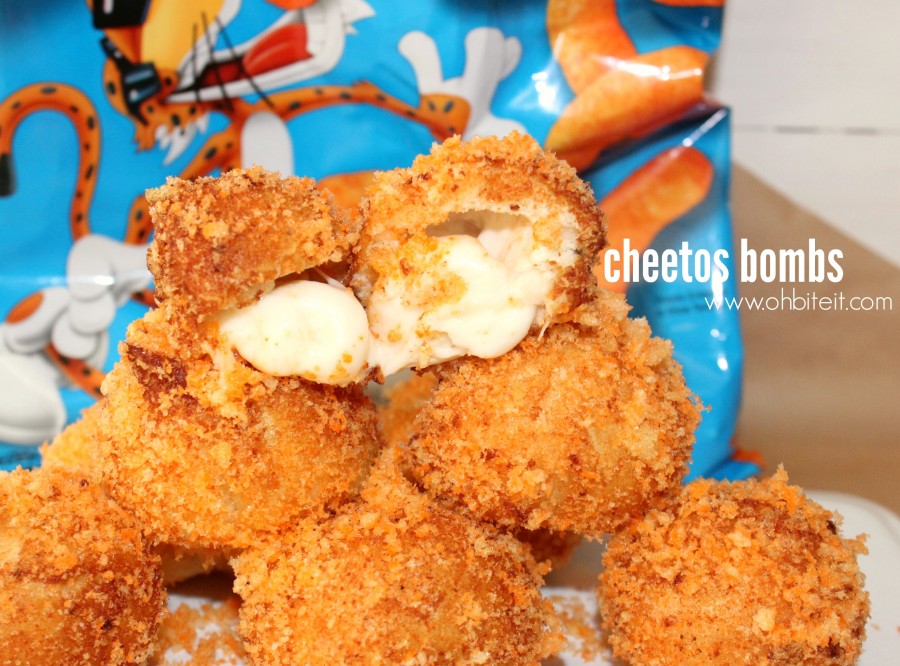 OR just eat them all yourself, but wash those hands..lol!  ~Enjoy! 🙂 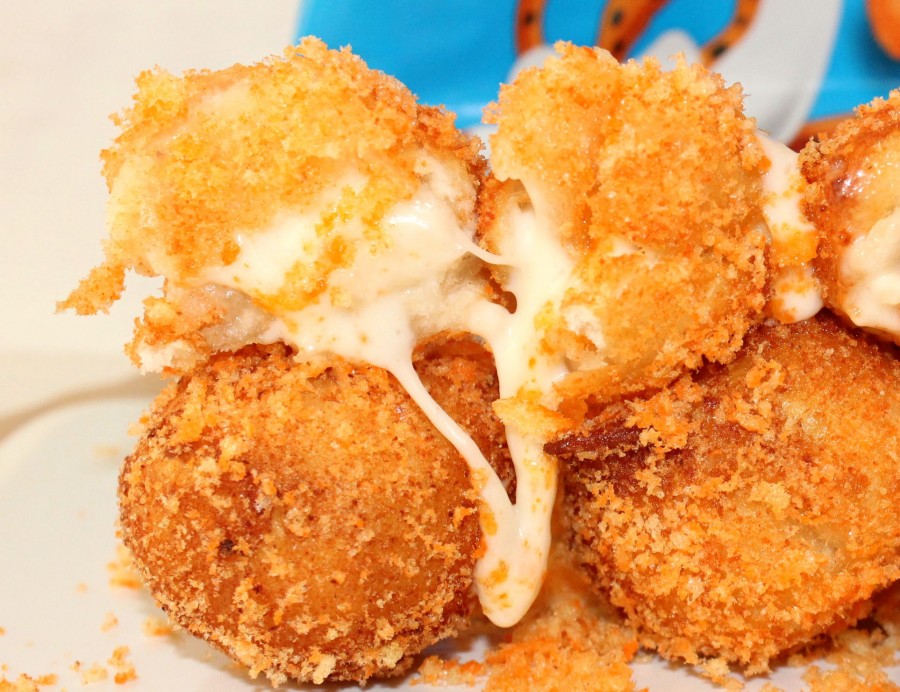