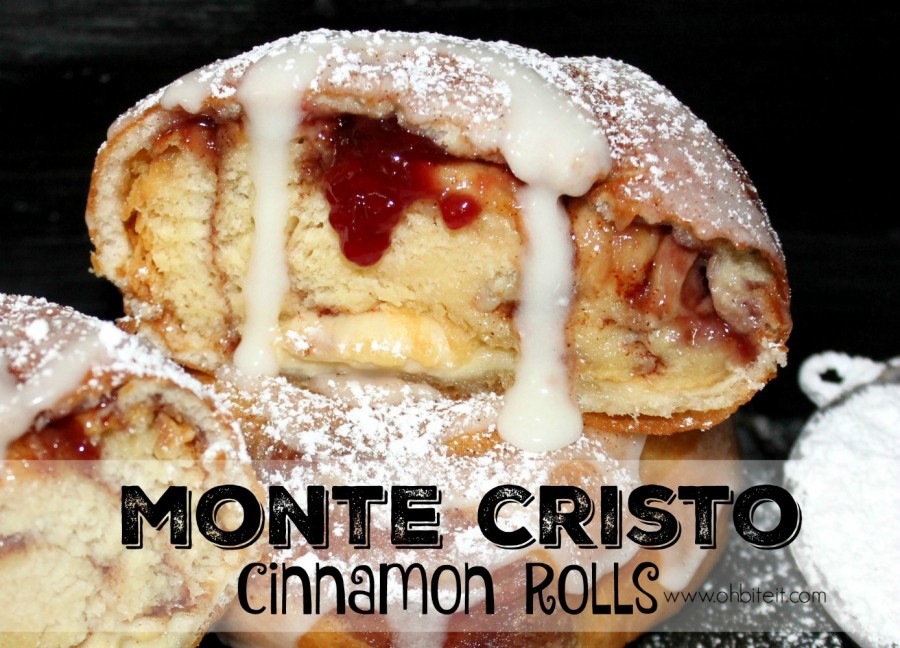 Have you ever looked at a fluffy, warm, fresh, cinnamon roll and thought to yourself..”hmm..I want to fry that”?

Anyway~  that little thought of mine has lead us both here, right now..at this very moment, staring at this incredible monte mash-up of magnificent magnitude.  Yay fate!  🙂 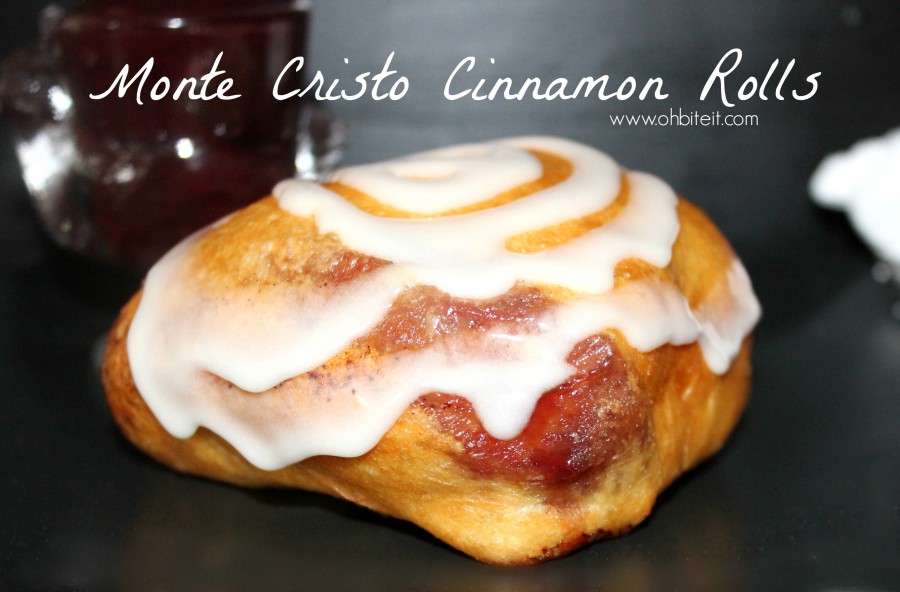 I’m talking about a sweet cinnamon roll, slathered in smooth raspberry filling and wrapped in a light, buttery layer of doughnutty love..only to be deep fried (with NO messy batter) to perfection, drizzled with frosting,  and topped with a monte cristo’s bff.. powdered SUGAR! 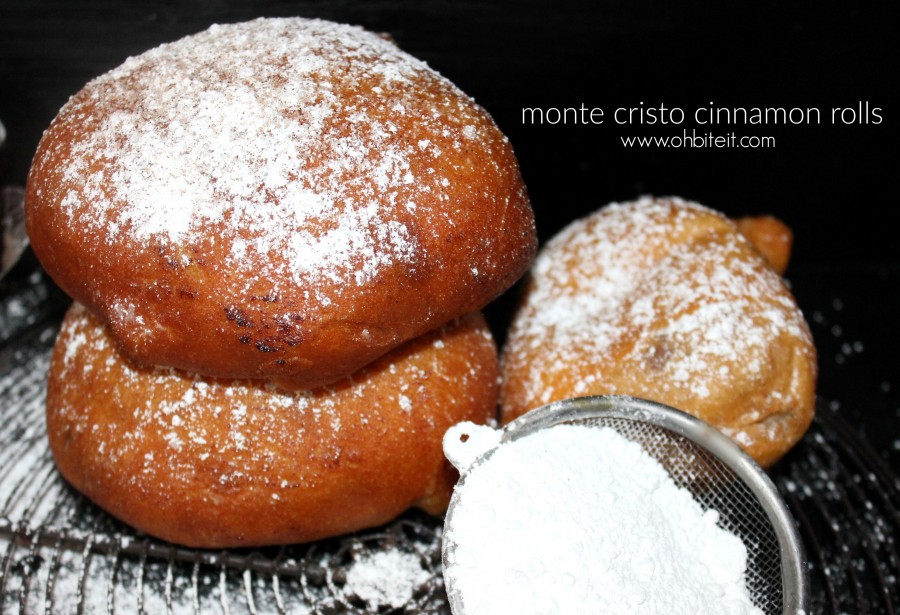 Now, I know what you’re probably thinking..you’re wondering why.  Why wasn’t the cinnamon roll good enough on its own?  Why do you feel the need to fry everything?  Why are you doing this to me?  HAHA! 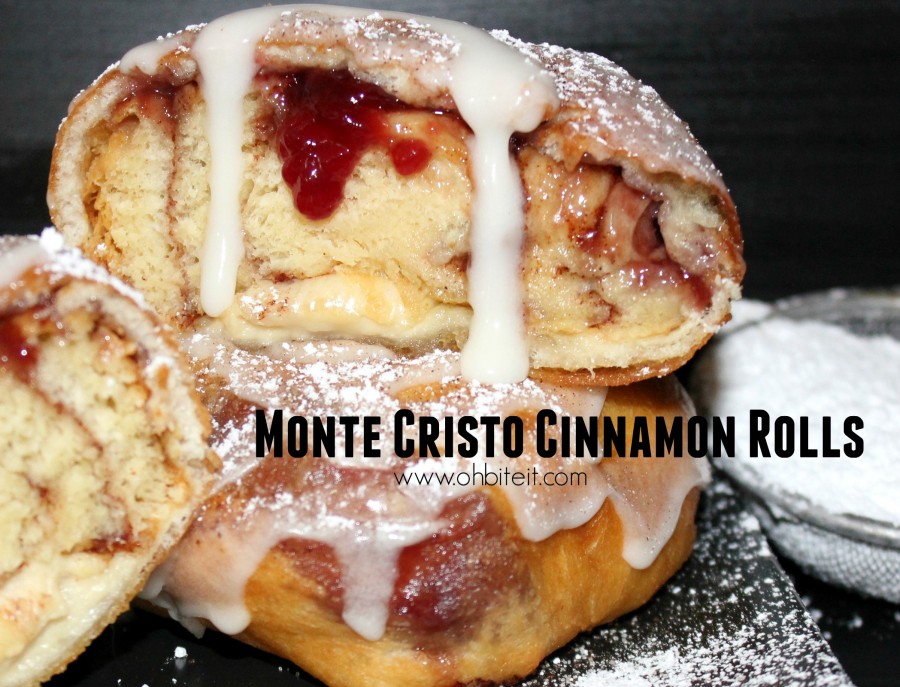 And the answer can be summed up simply by saying ..why not?!

Just look at these babies, and imagine biting into one.  First your eyes are treated to a one of a kind vision like no other, then your lips suddenly become wrapped around what could be a doughnut, OR a cinnamon roll, they’re not exactly sure..and frankly, they don’t exactly care…lol.

These are a super simple way to take those cinnamon rolls to the next level..the top level, the ‘toppest’ level ever! 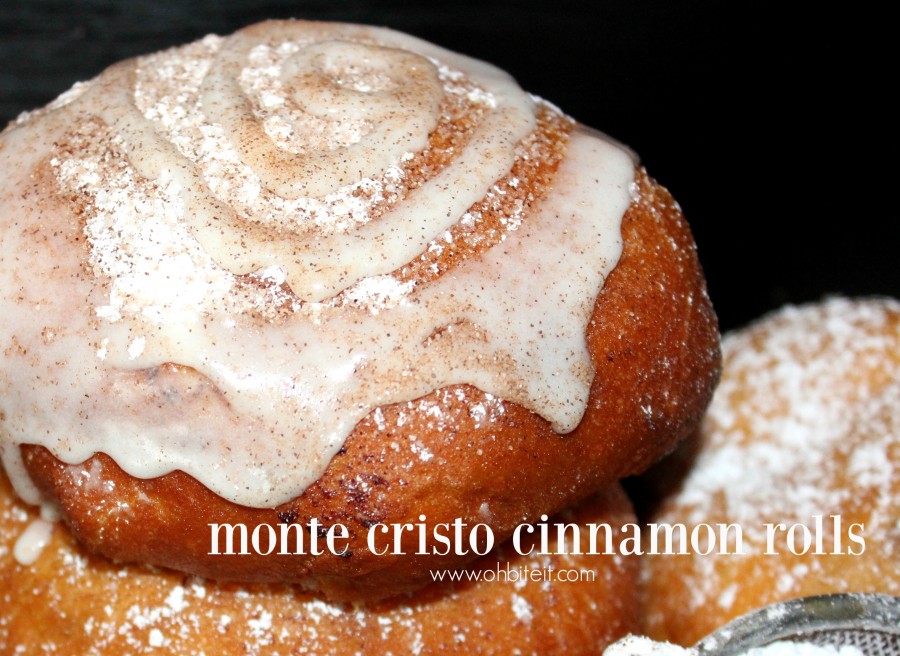 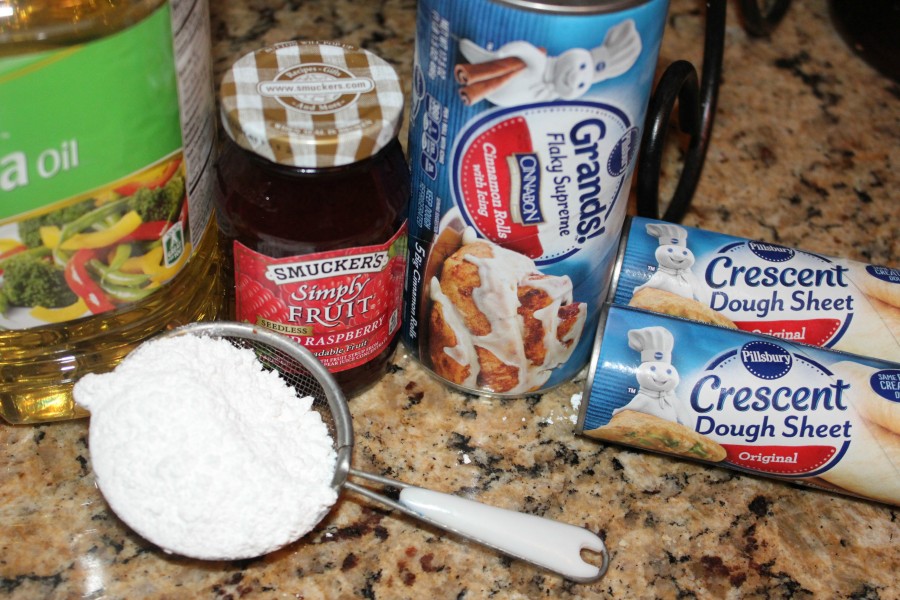 1 container of Pillsbury Grands Cinnamon Rolls (5 count) OR you can buy bakery made cinnamon rolls, OR make some from scratch!

Powdered Sugar, and/or cinnamon for dusting..optional 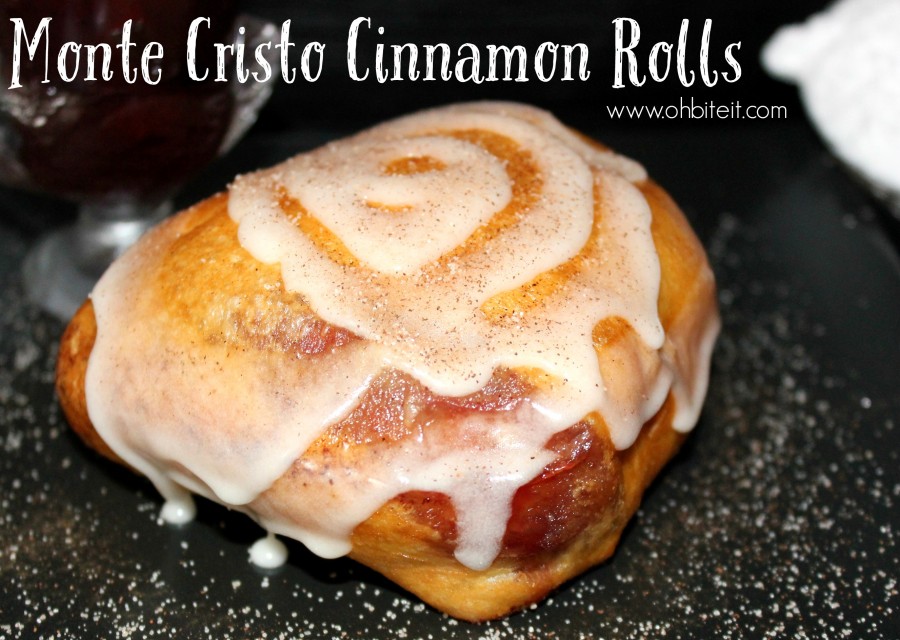 Bake up the cinnamon rolls according to the package instructions…. 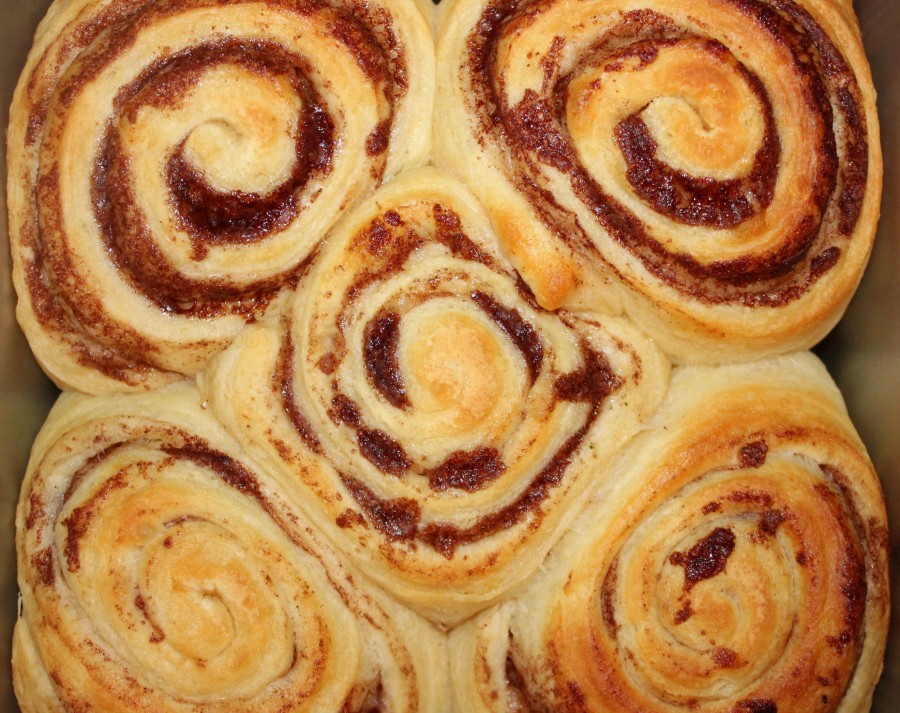 Roll out the dough sheet so it’s even, and cut it into 5 even squares.  Spread a thin layer of the jam onto the center of the dough squares… 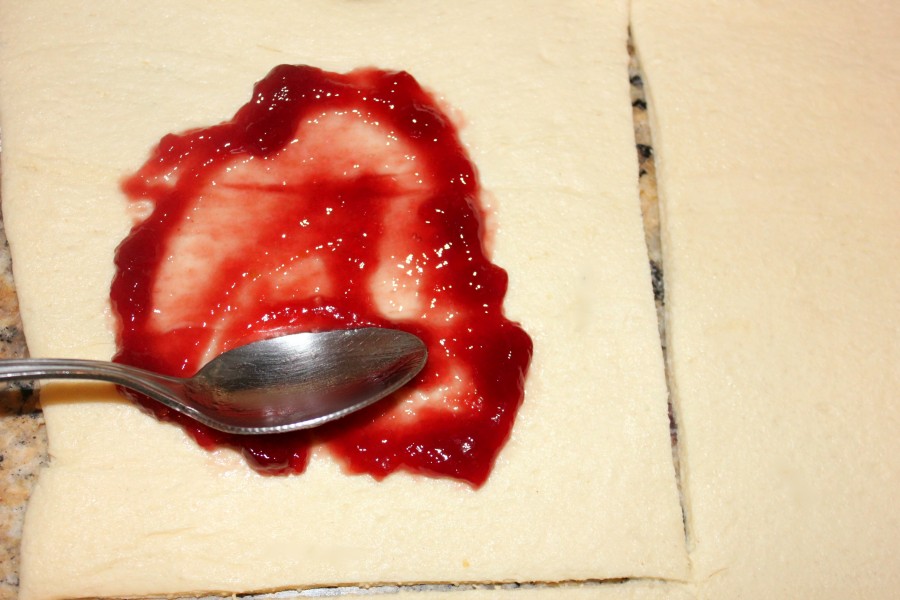 Lay a cinnamon roll, top side down.. (so the top of the roll is touching the jam)…, and gently wrap it in the dough, making sure to seal it up very well… 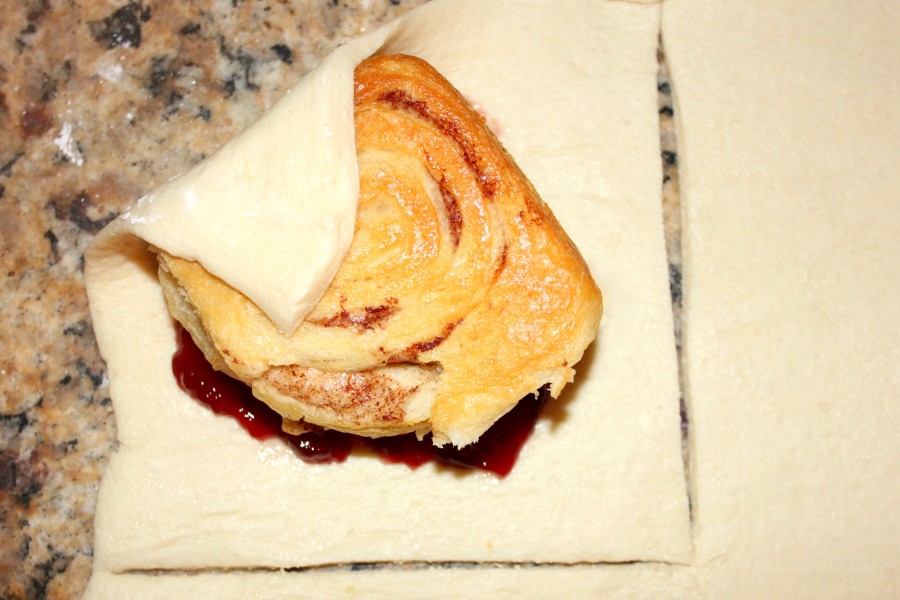 Fry them up in 350 degree oil until they’re evenly golden on all sides.  Let them cool… 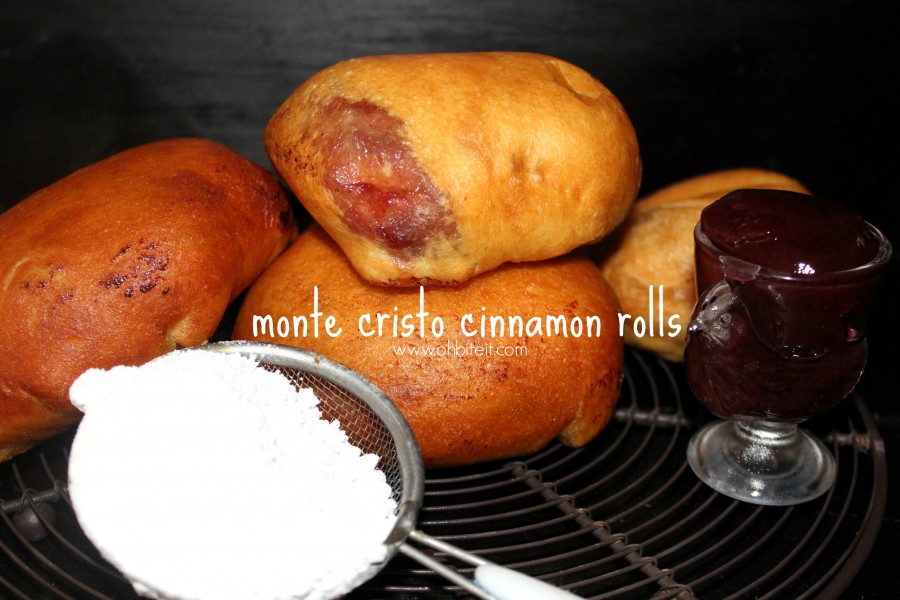 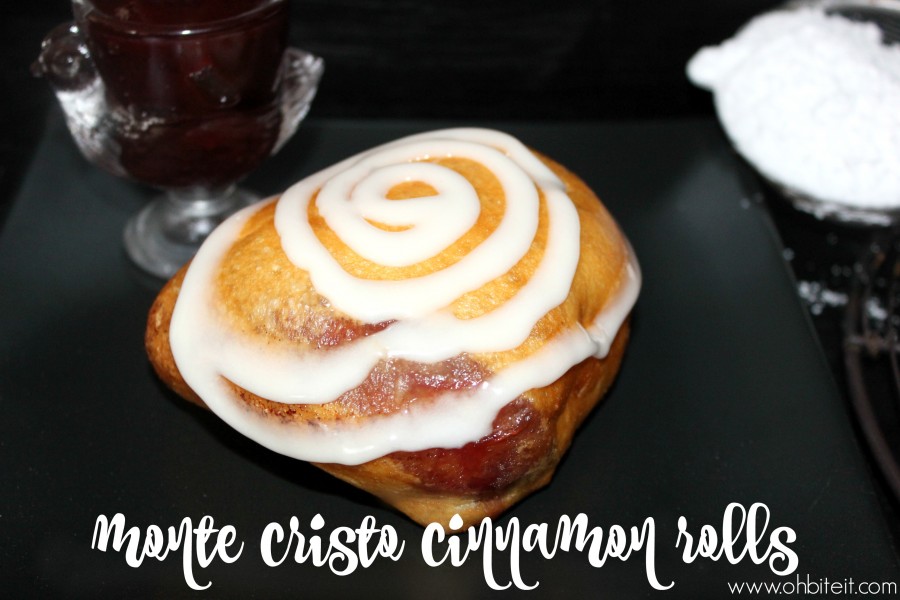 Plate them up, because..you’re not an animal, and you have manners…lol 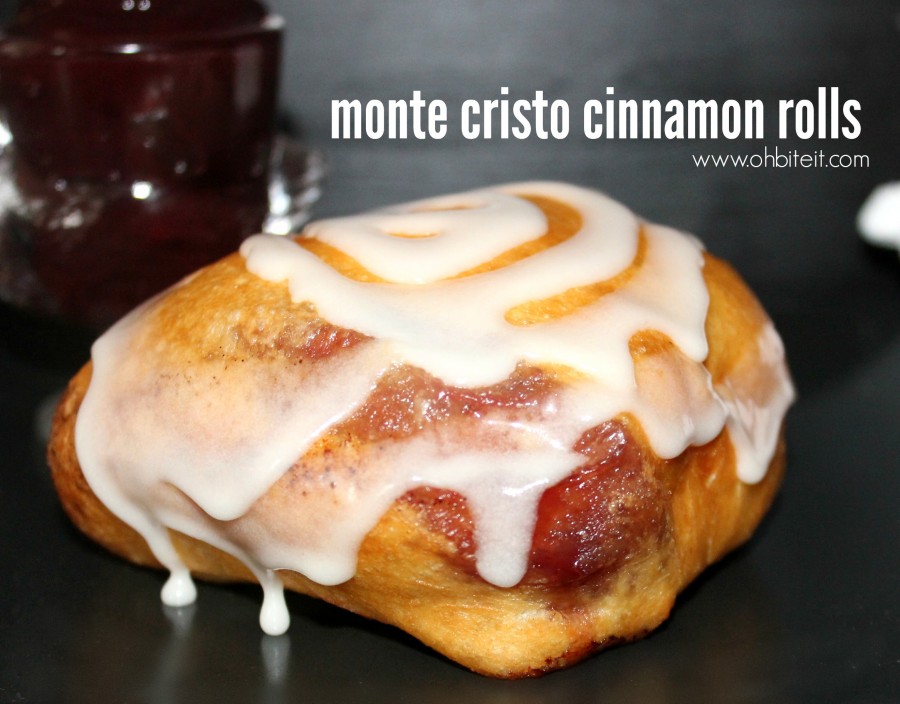 You can share one with a loved one…OR not…HAHA! 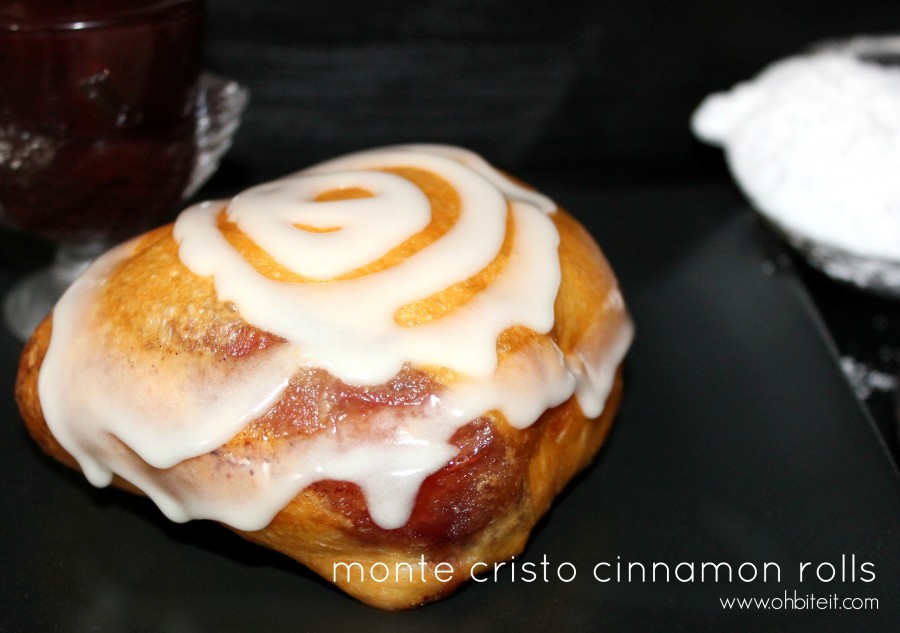 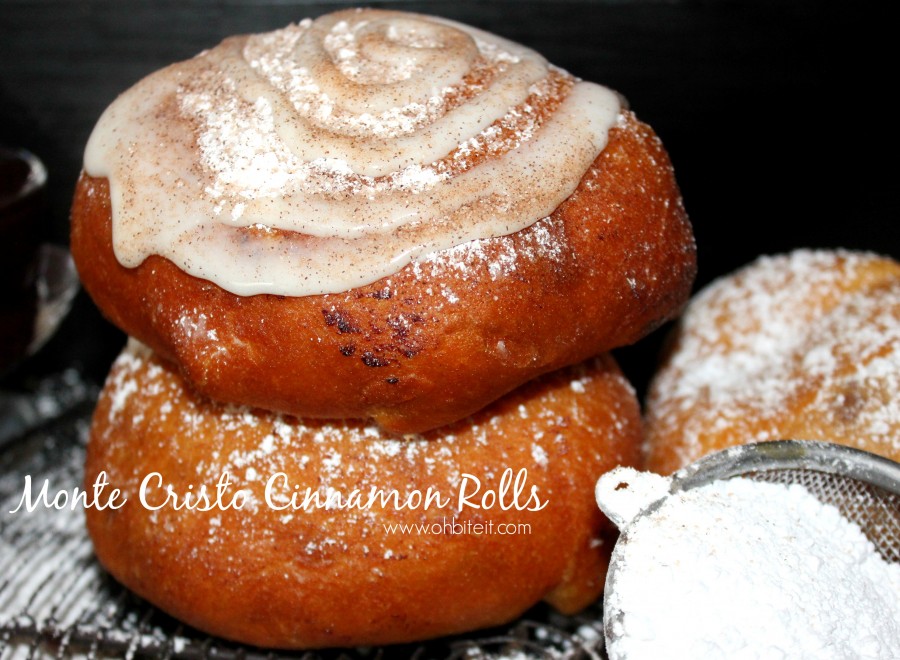 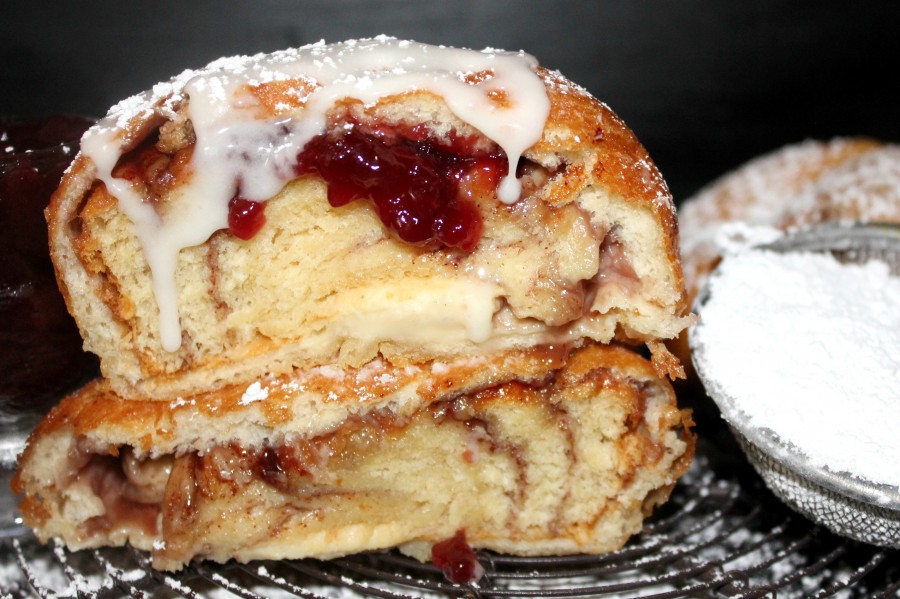