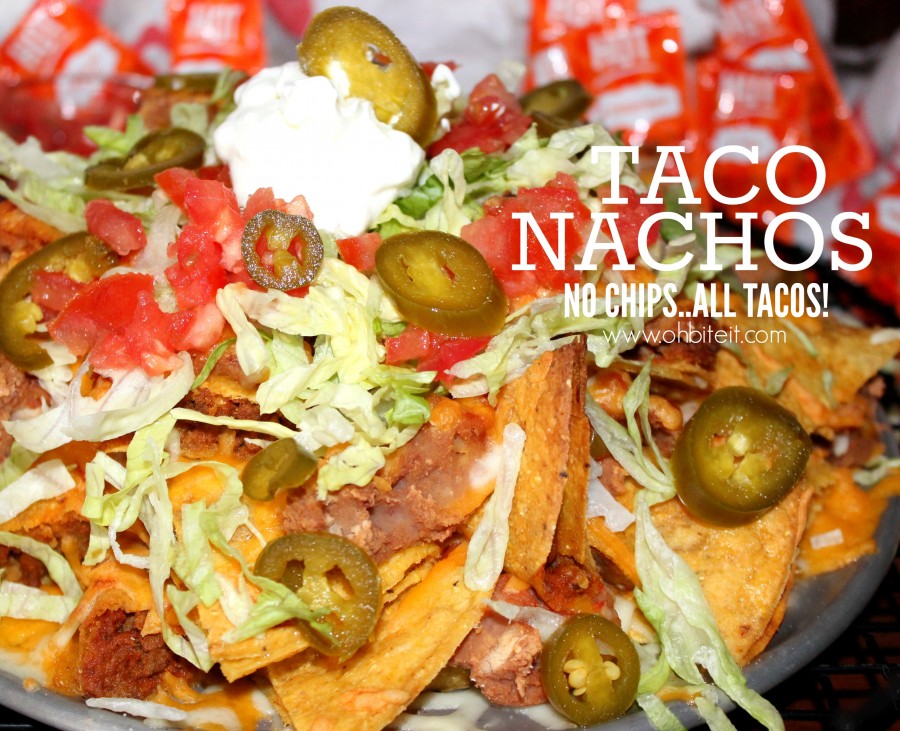 Is there anything better than Nachos?  ..I mean, really!!?

What can be better than a giant pile of chips, cheese..and tons of Nacho-fixin’s?!  It’s hard to imagine anything better, UNTIL~  until you imagine that pile of chips morphing into TACOS! 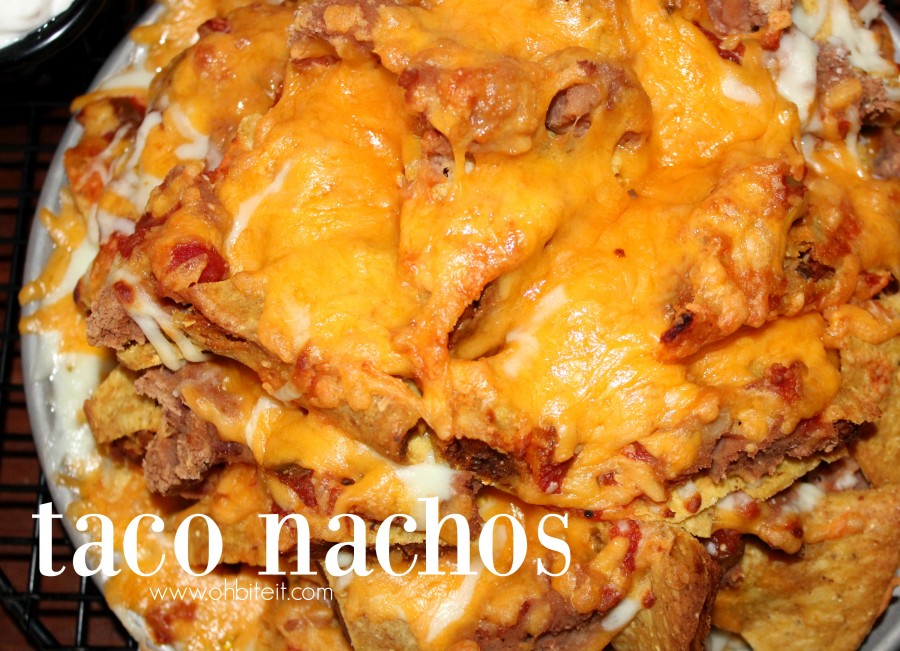 And by “for now”, I pretty much mean forever!  Why?  Because now instead of scooping up all that gooey nacho goodness with a weak thin chip, we have more sturdy and uh..much more tasty tacos to do that delicious job! 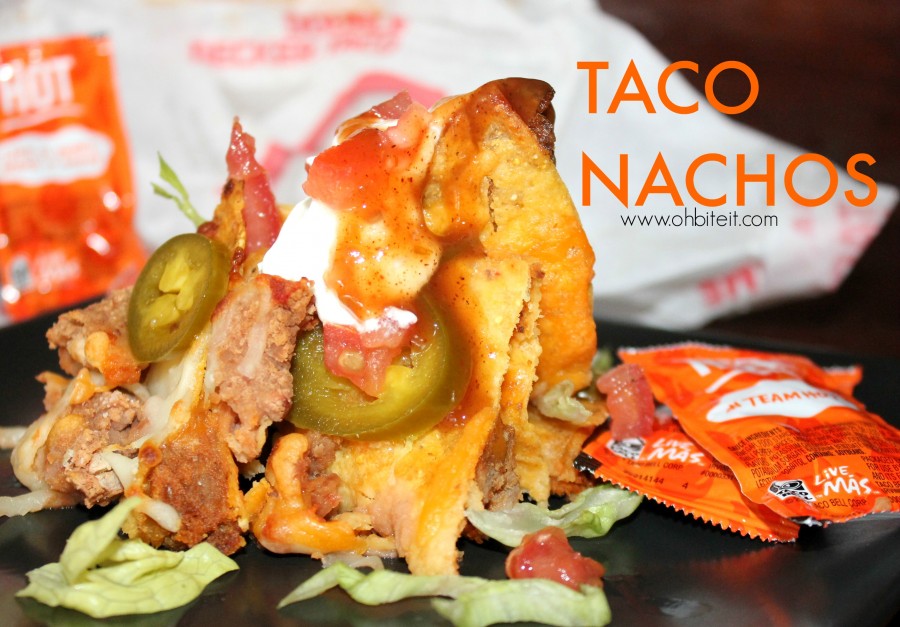 Tacos should become a replacement for all things ‘chip’ if you ask me.  They’re basically meat (or whatever) stuffed chips anyway, and what a super fun ‘WOW factor’ to bring to the table!  And I mean “WOW” literally…since that’s all you’ll hear when you serve these Taco Nachos…  WOW!!  🙂 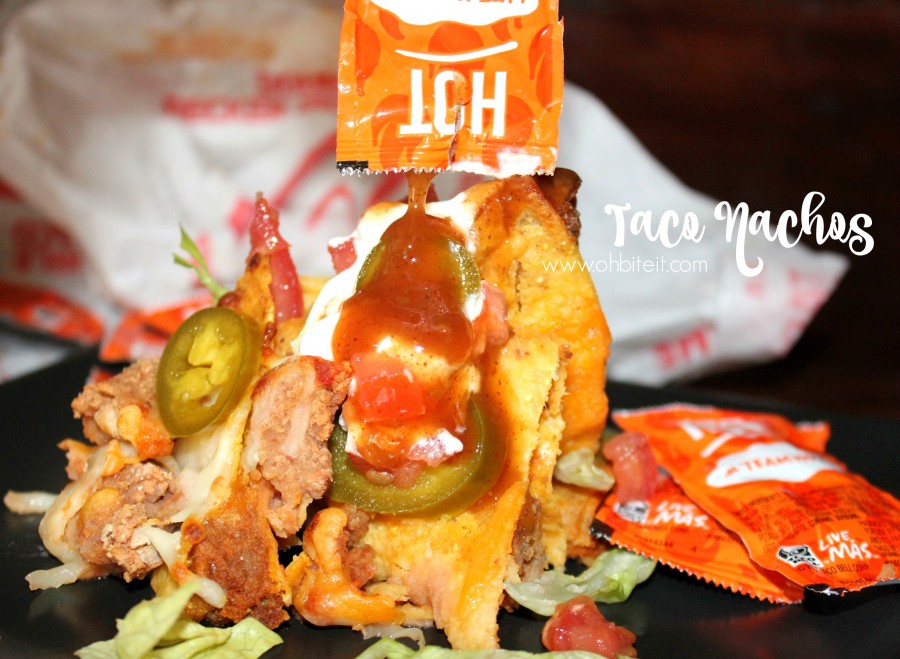 Each easy-to-scoop bite is now a no-break chip zone as the tacos provide flavor AND function with their extreme taste and strength.  No more breaking those chips mid-scoop, oh no..these tacos won’t let you or your cheese down.  And as a bonus you get to eat..TACOS! 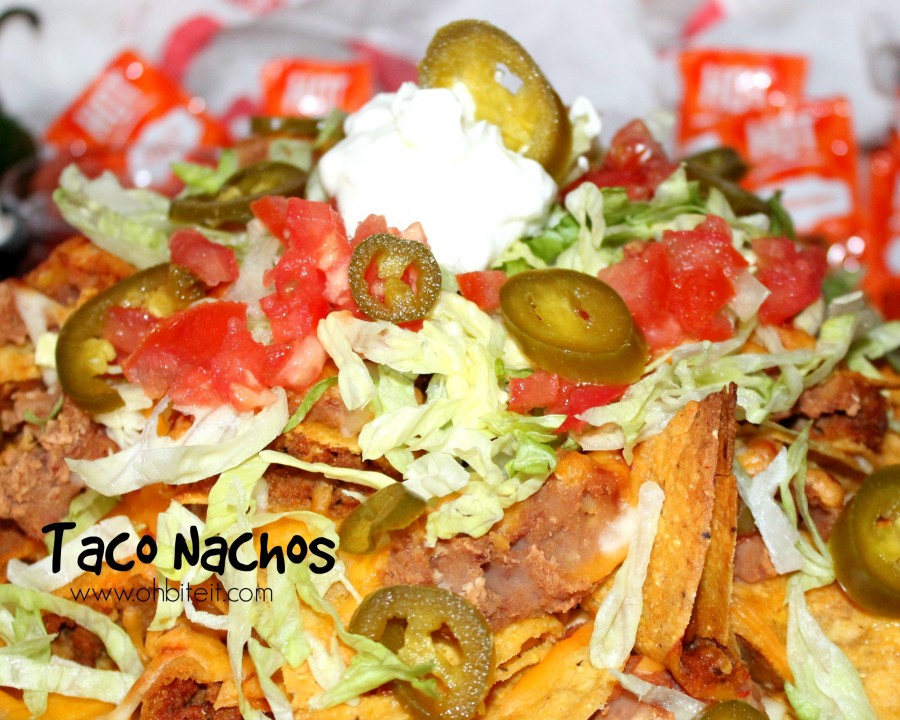 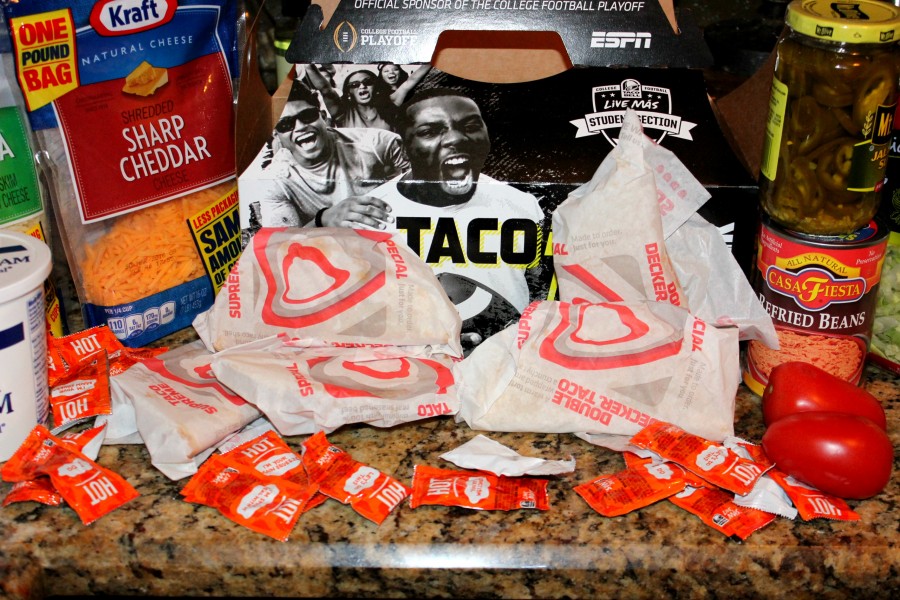 jalapeños, tomatoes, sour cream, hot sauce, and shredded lettuce for toppings..to taste!  And anything else you like on your nachos! 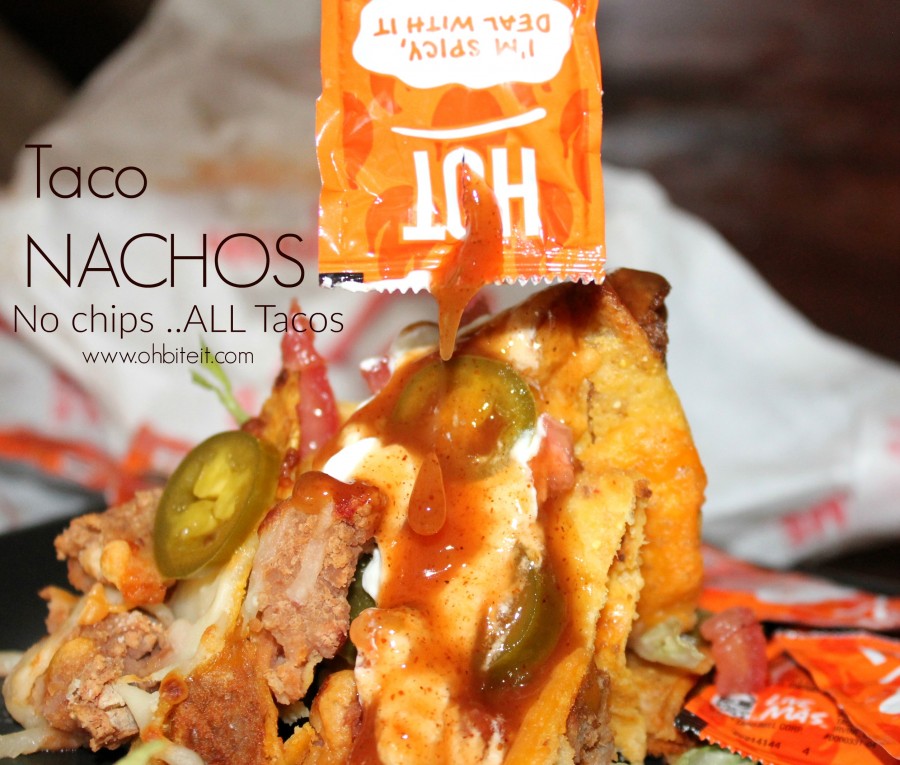 Frist, cut the tacos into four equal chip-shaped pieces.. this works well if the tacos have been in the fridge for a while. 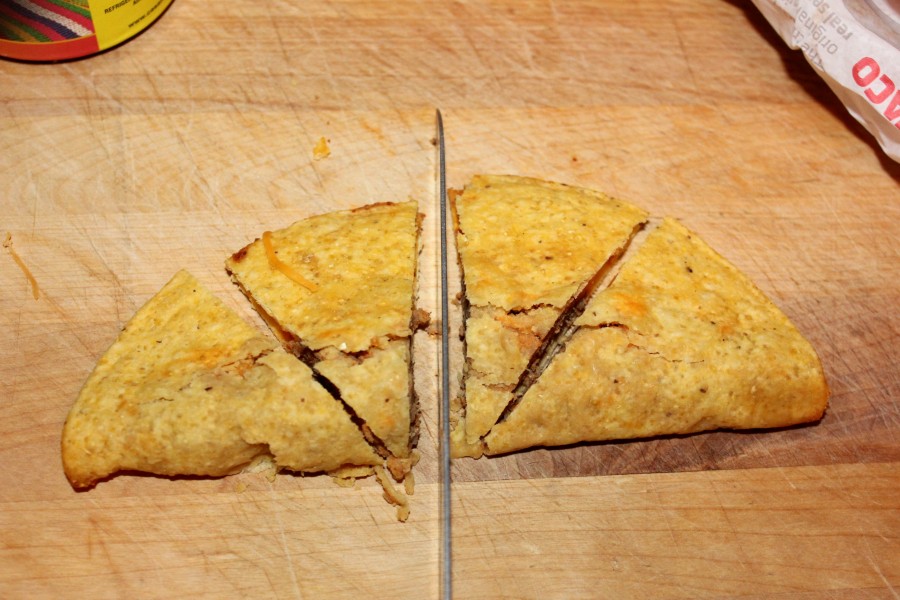 Now simply start building that amazing taco nacho tower!  Start with a layer of Tacos, some of the beans & salsa… 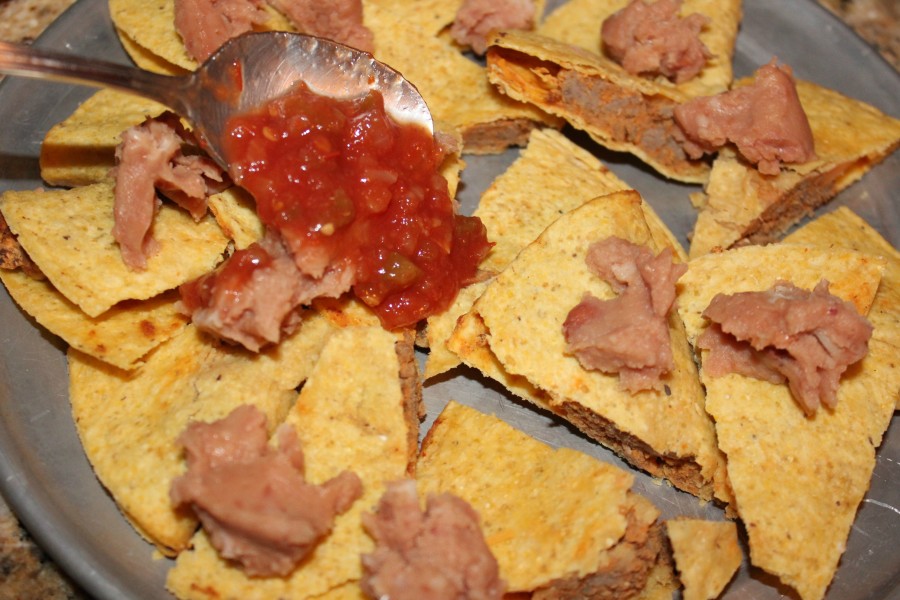 Then move onto the glue of life > CHEESE…

I started with the mozzarella… 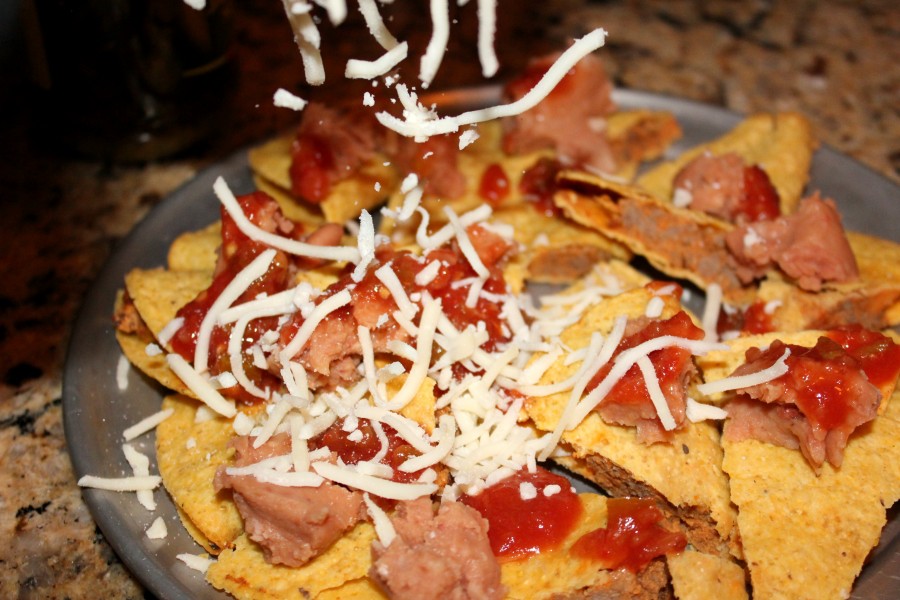 Simply continue the layers until you run out of toppings and/or your taco nacho tower starts to show signs of structural weakness and possible collapse..lol

Bake at 350 degrees for approx. 25 minutes, or until you just can’t take waiting any longer…. 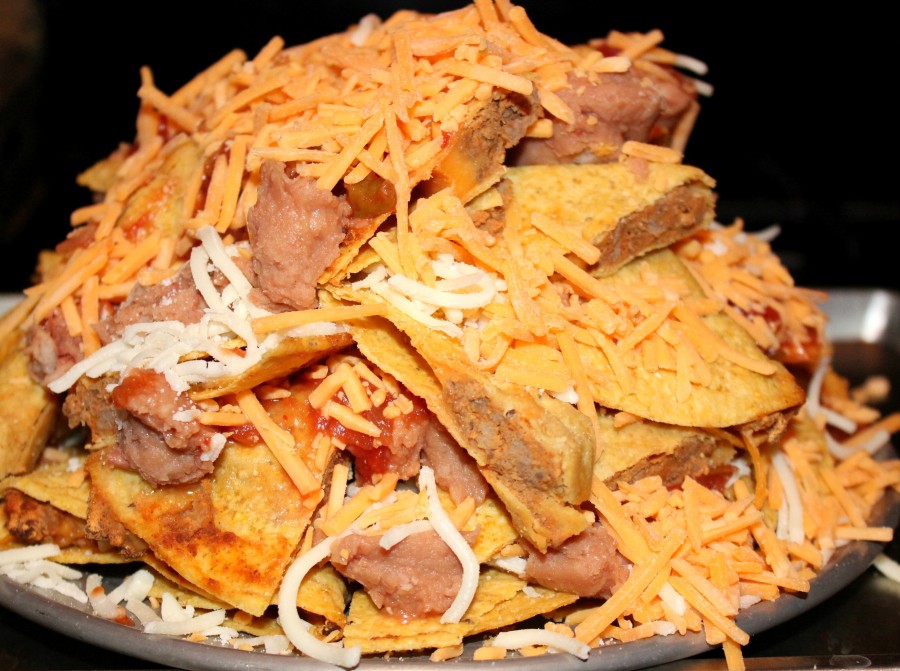 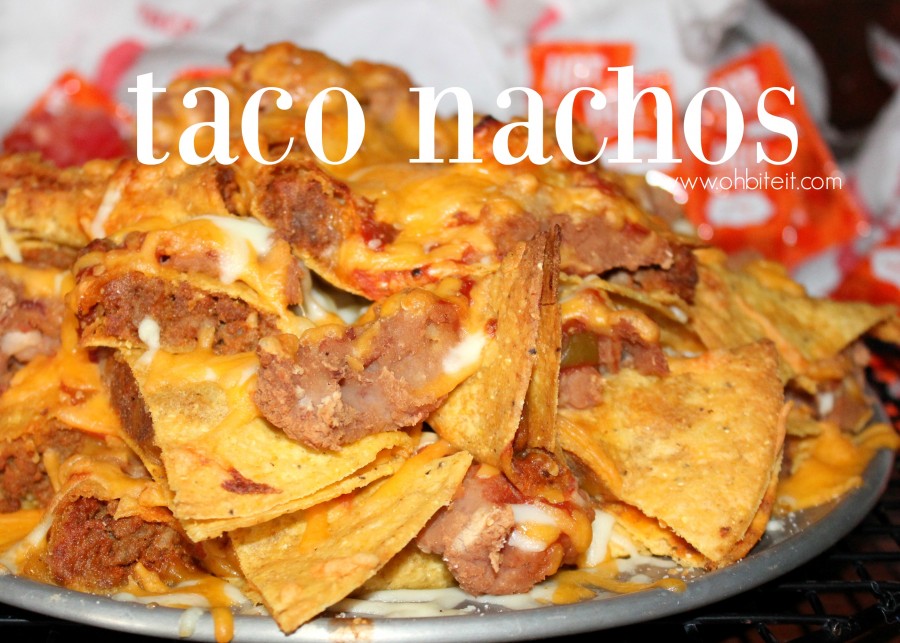 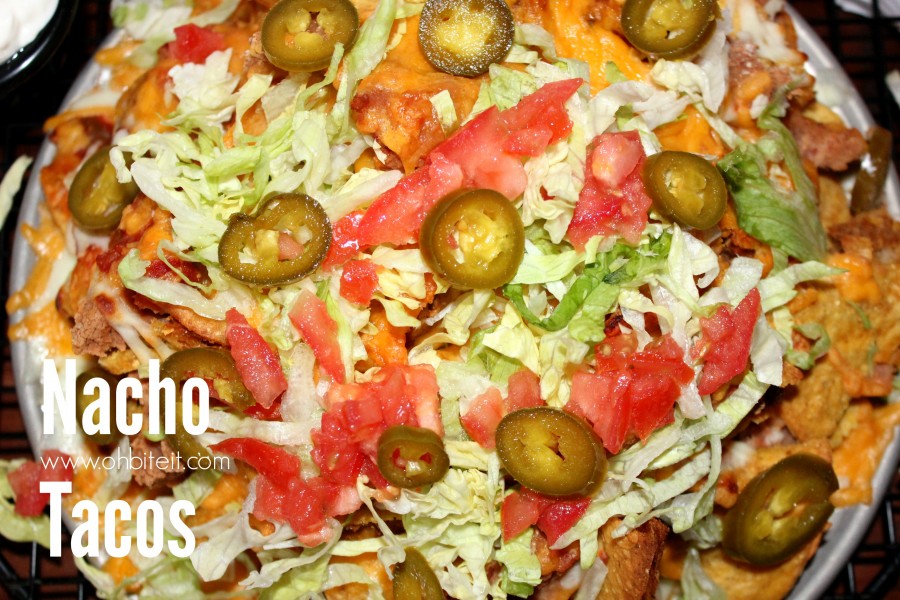 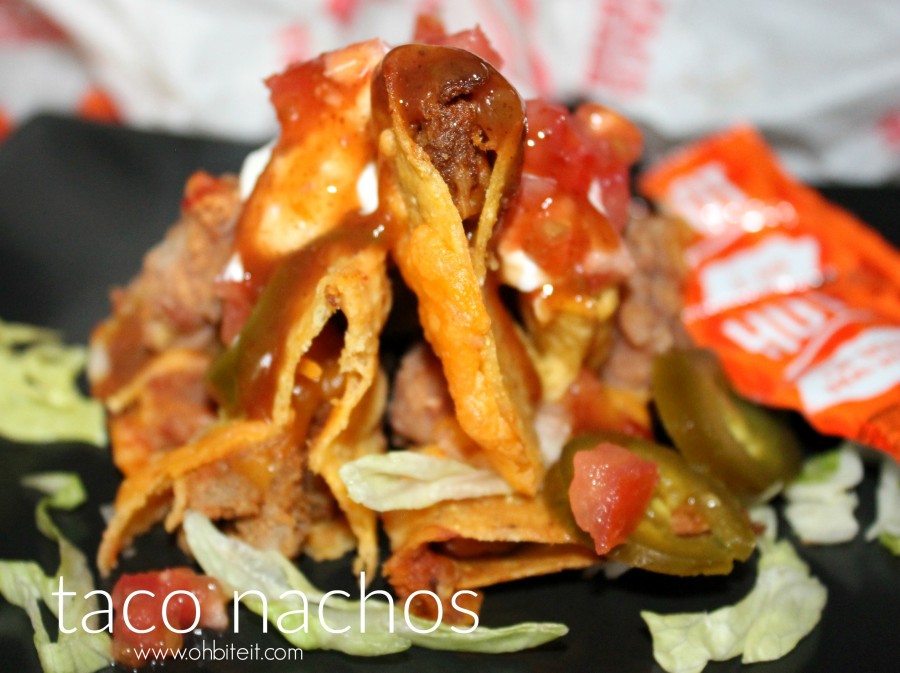