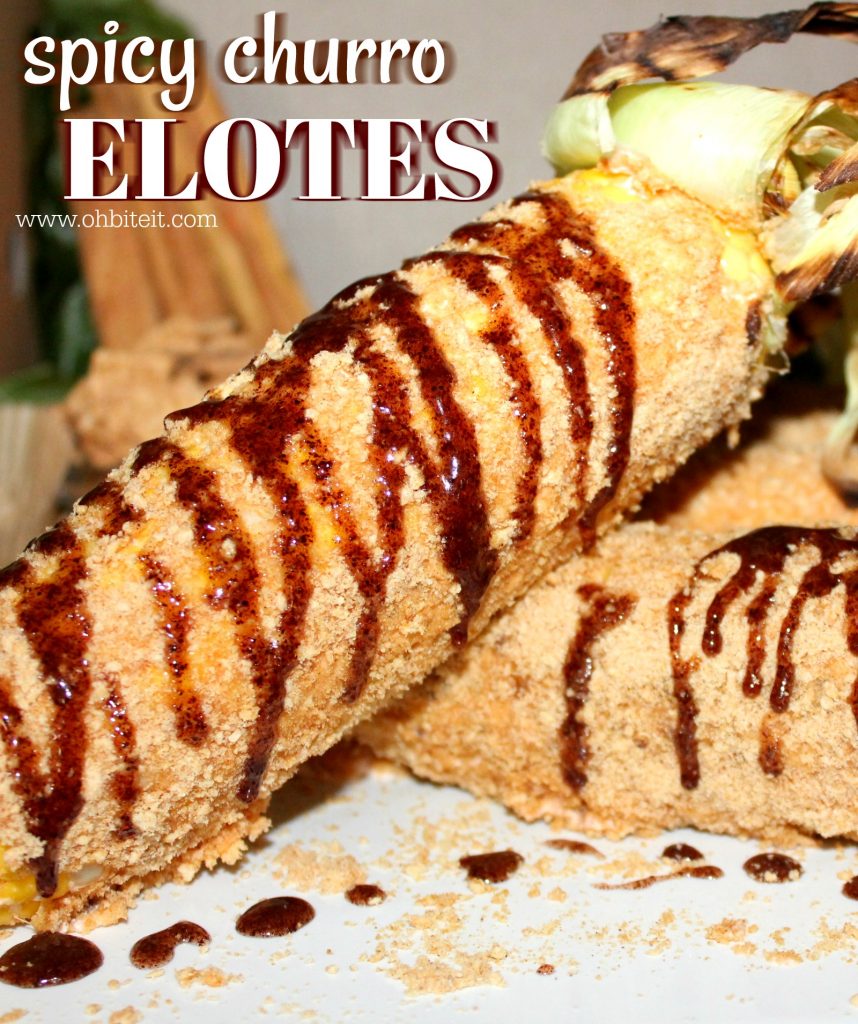 So I recently took a little trip over to Albuquerque, NM (where I lived for a very VERY long time..lol) and I noticed something I had never seen before.  Mixed in with all the typical NM red and green chile cuisine, were “Elotes”.  A deliciously roasted street-corn-on-the-cob that’s drenched in a variety of magnificent mexican flavors!  Now, I’m sure Elotes has been around for a super long time, but I had never really experienced it until now.  ..late as usual..lol. 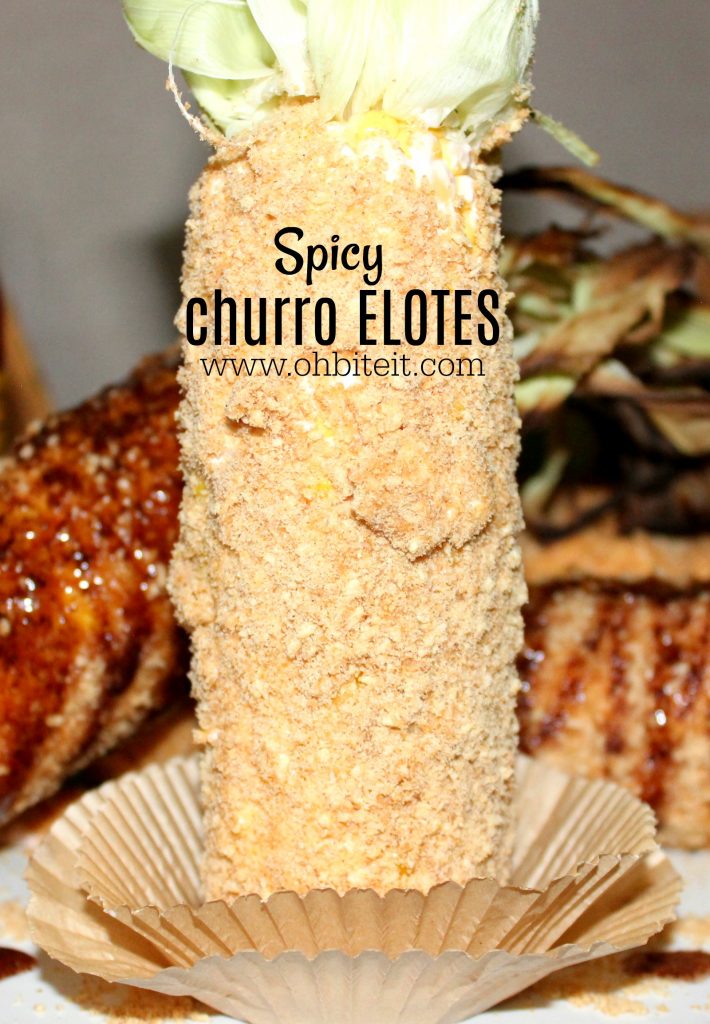 Oh sure, I’ve had my share of roasted corn, topped in a multitude of delicious dressings.. but I came to realize that nothing really compared to the beautifully balanced flavors of Elotes.  I had been missing out, and I didn’t waste a second in making up for lost time. 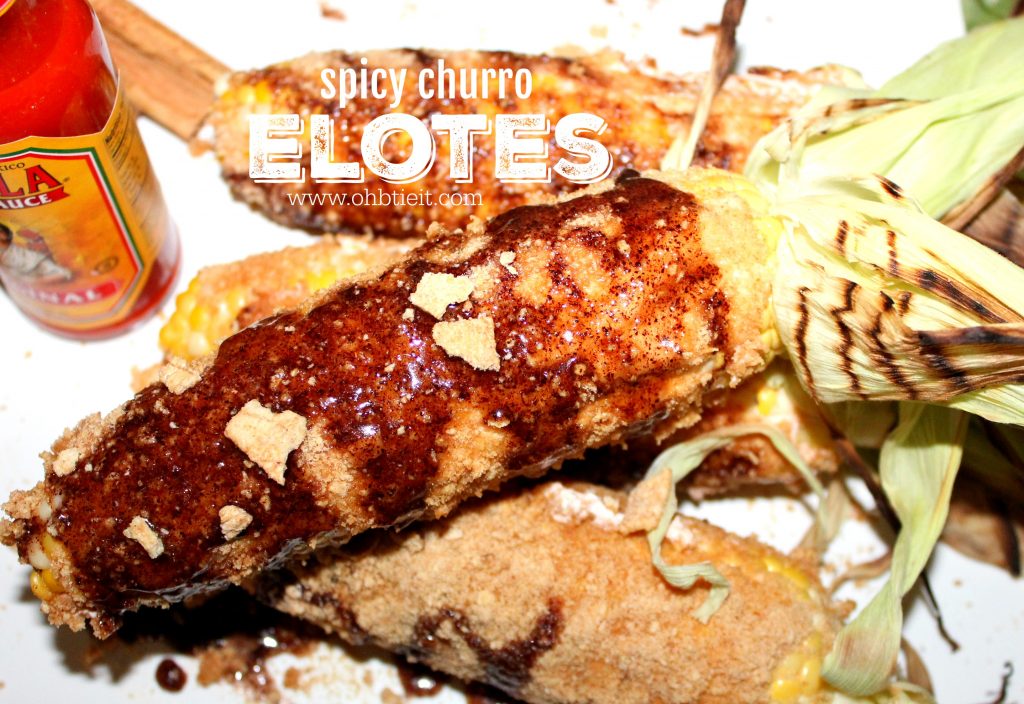 BUT, in typical “me” fashion, I knew that I couldn’t just leave those Elotes alone..no, way.  I was compelled to re-create them in a way that had never been thought of or done before, while still hanging on to that Mexican flare that we all know and love.

~And here we are! 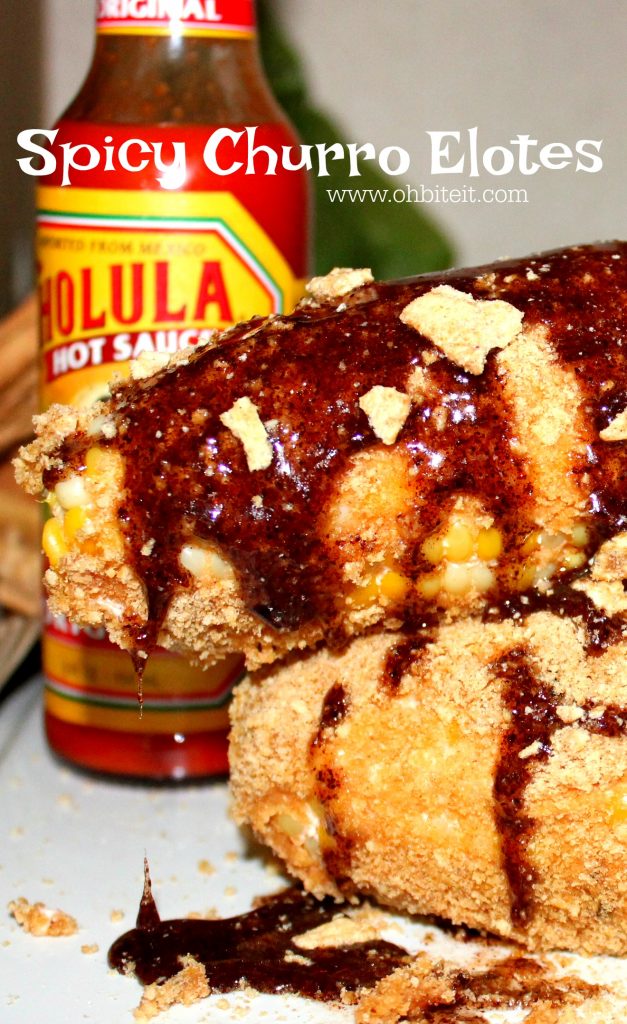 Mmmmhmmm…  I morphed Elotes with Churros .. it’s real, and it’s spectacular!  Sweet/spicy spectacular to be exact!

Although I got my inspiration from some Hot Cheetos Elotes that I saw floating around the interwebs, I thought that this sweet and savory corn combo would be stellar. and I was right!  Something about the cinnamon crunch over that spicy and creamy sour cream.. just works!  .. Oh, and don’t forget about that drizzle of hot honey.. just to remind you that these Elotes mean business!  Make LOTS! 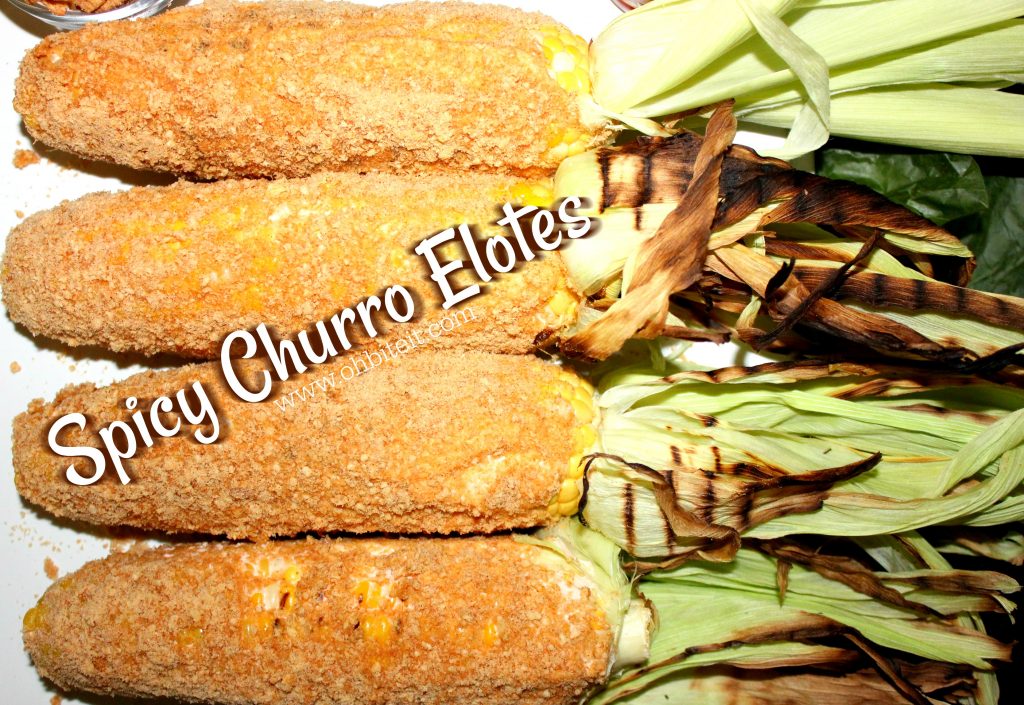 What you’ll need for 8 Elotes: 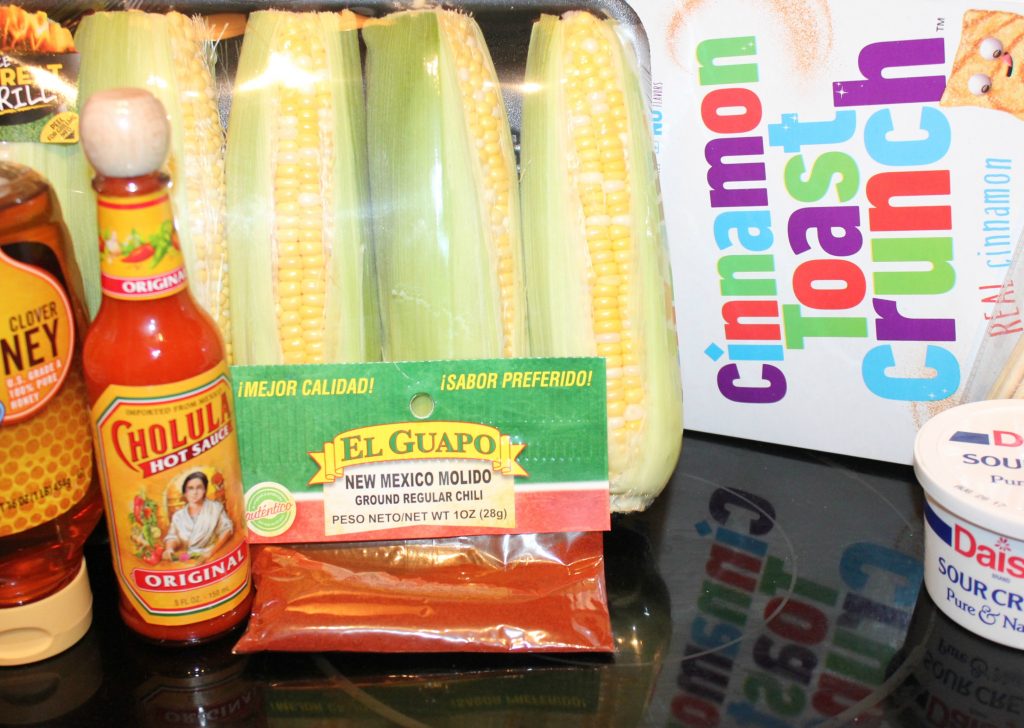 (and a dash of cayenne to taste..optional) 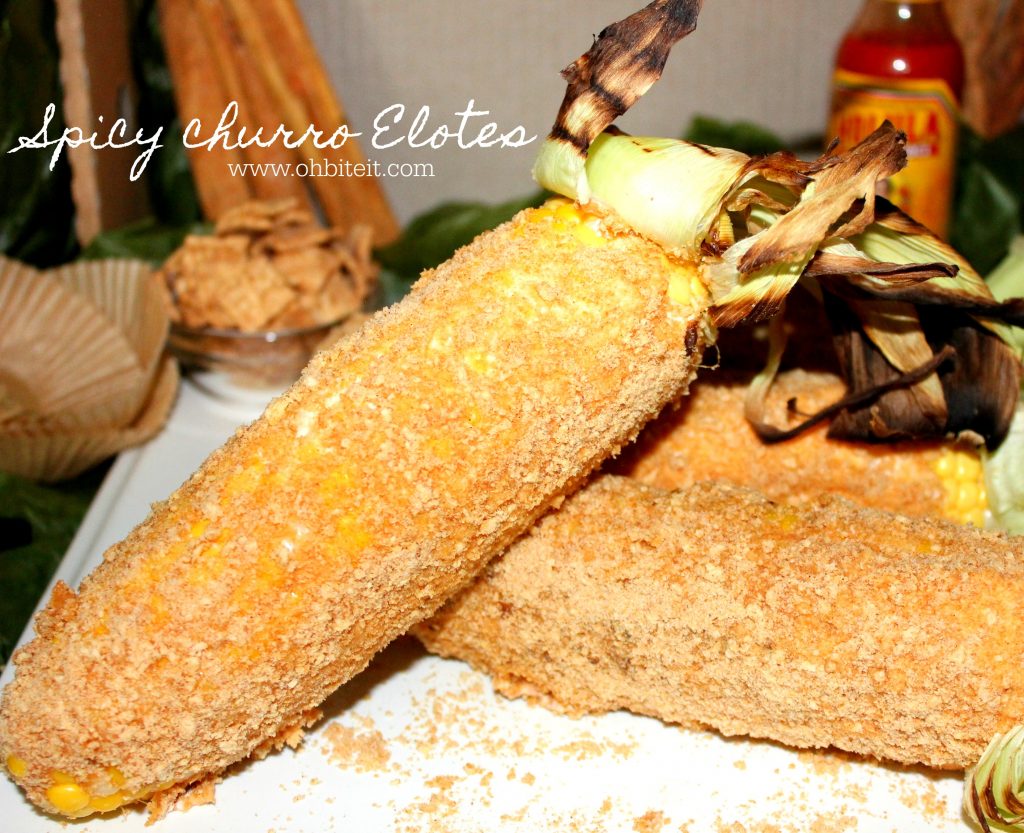 Roast the corn… I used a stove top grill .. 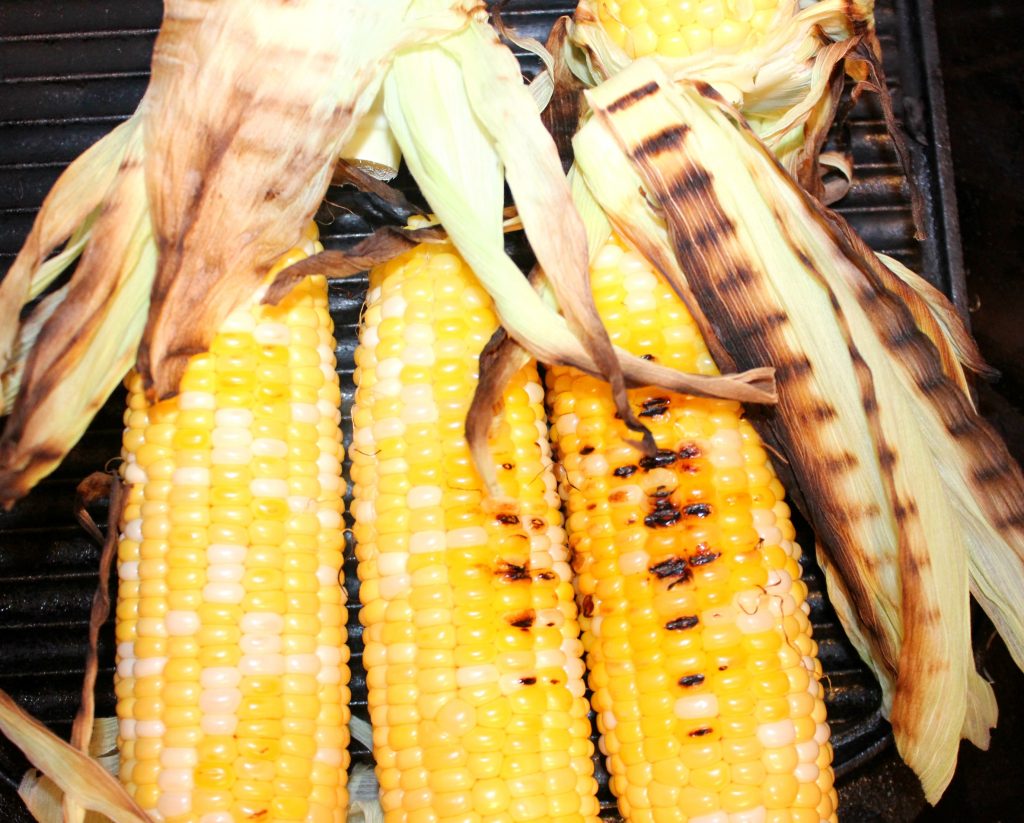 Mix the sour cream with the hot sauce, set aside… 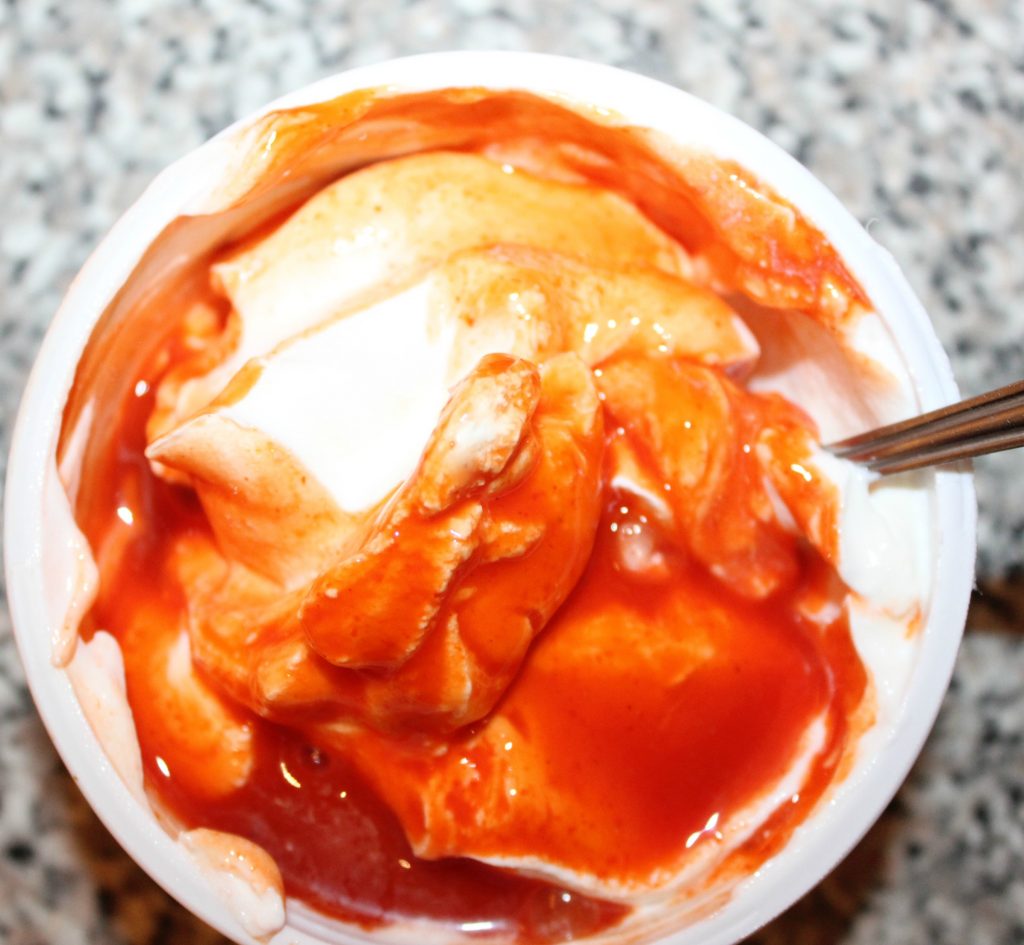 Mix the honey with the chile powder and {dash of cayenne..optional} set aside… 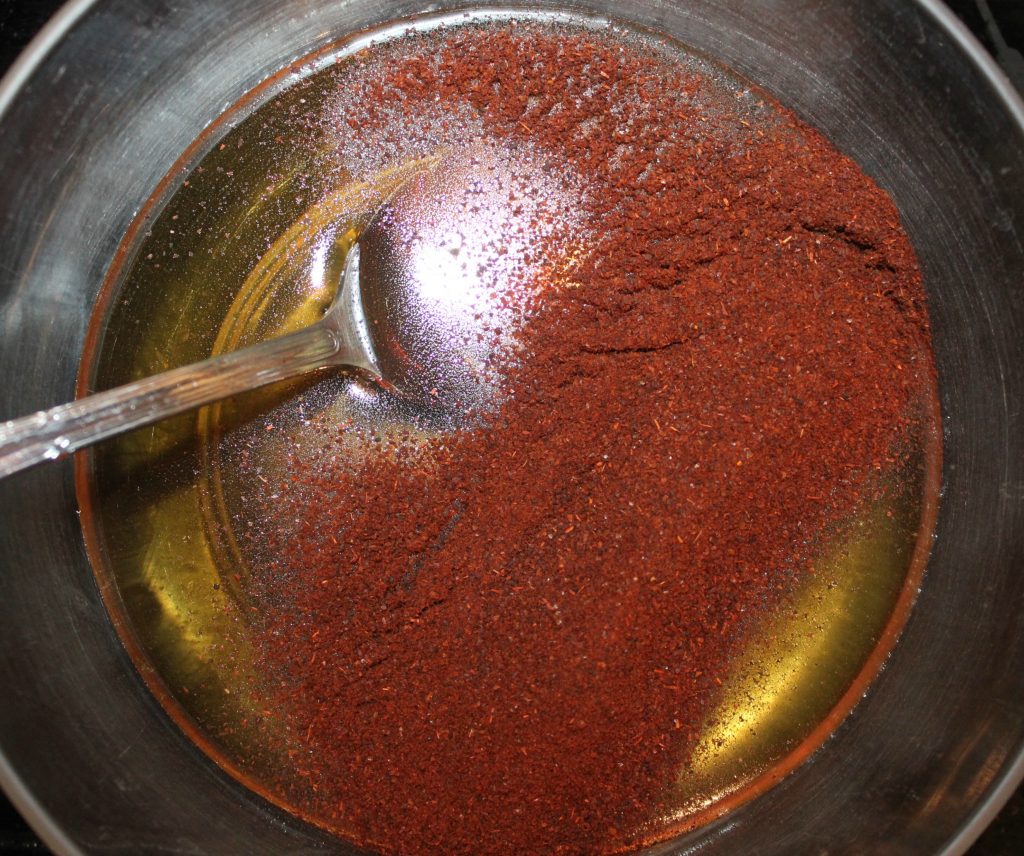 Crush up the cinnamon toast crunch into crumbs… 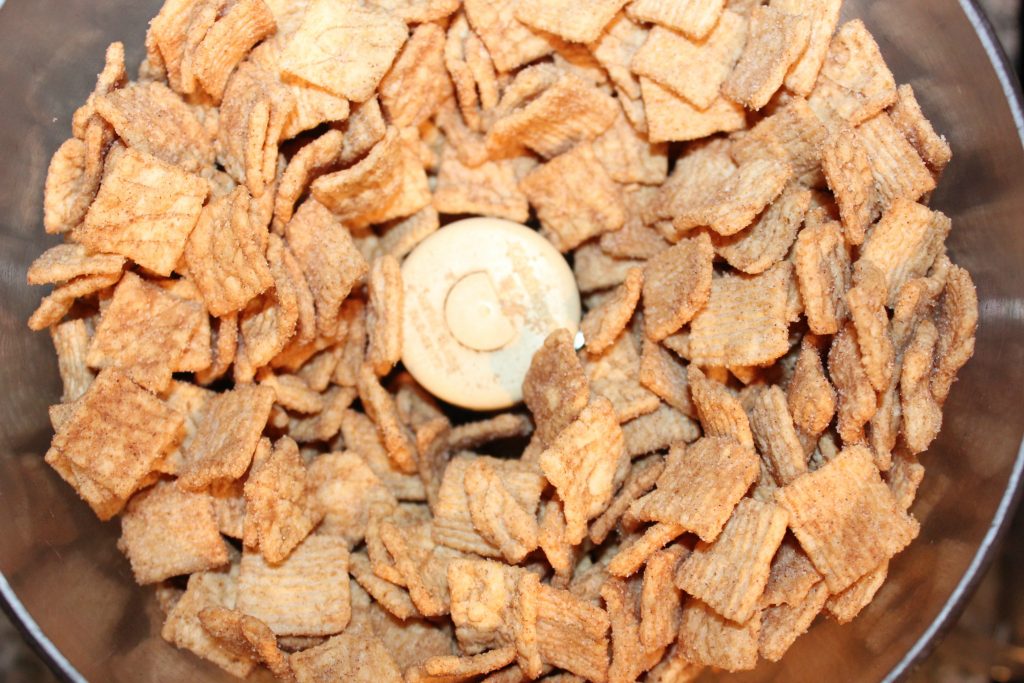 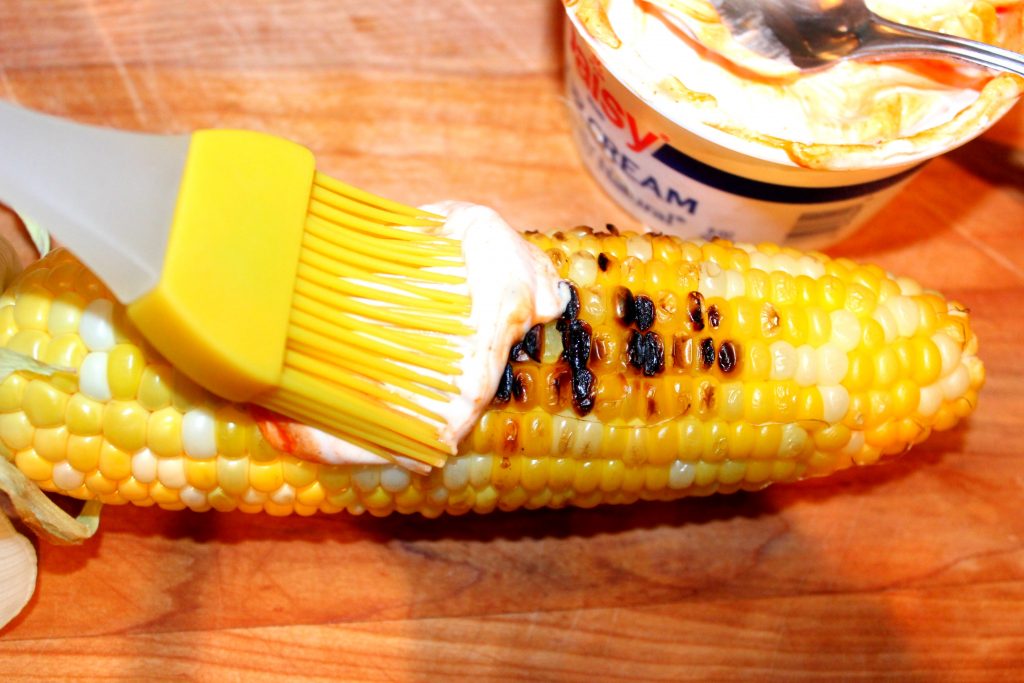 Place the corn directly into the cereal crumbs, and generously coat them evenly as well… 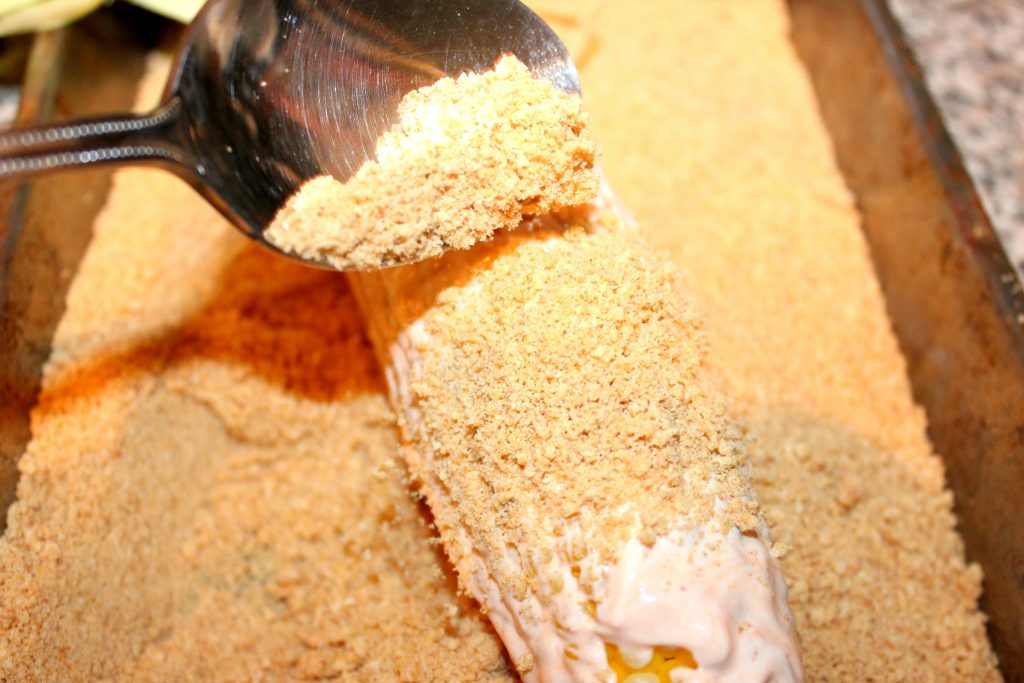 Now you can serve it up… 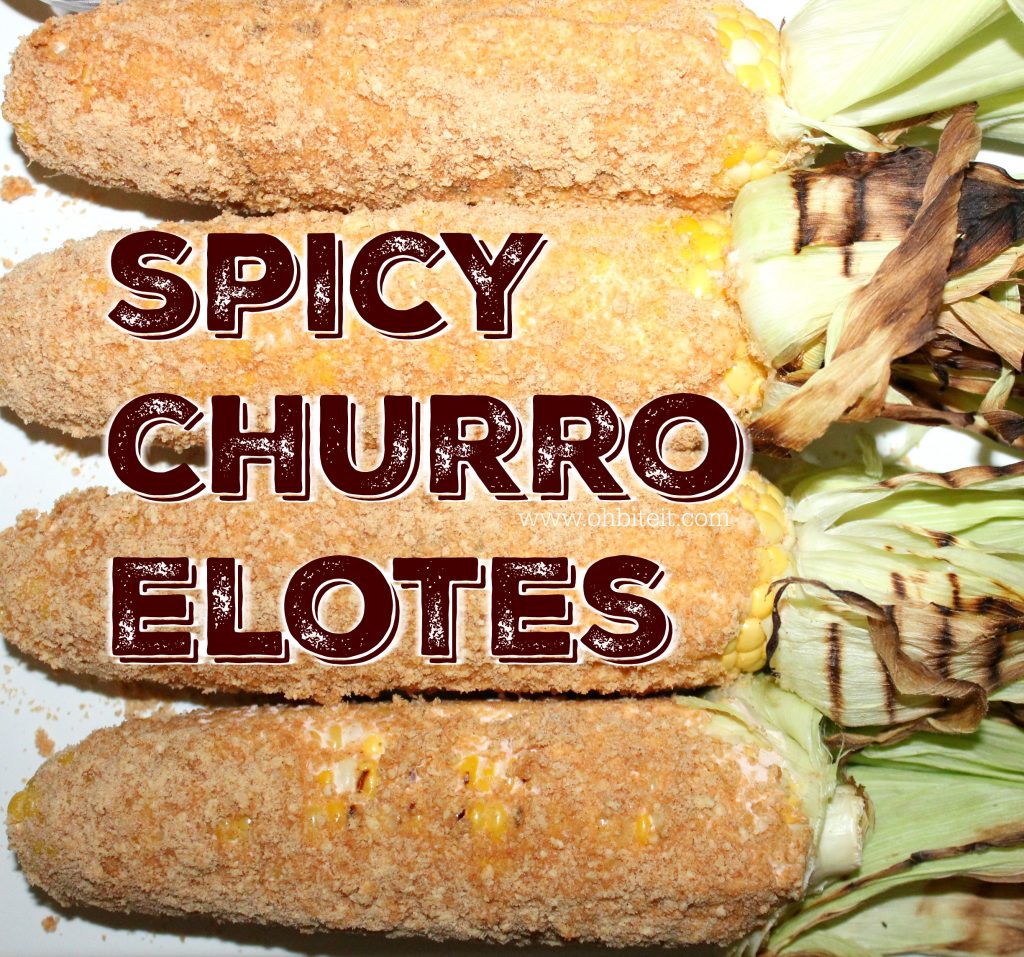 With a nice drizzle of the BEST PART.. the hot honey.. OMG~ it’s so good! 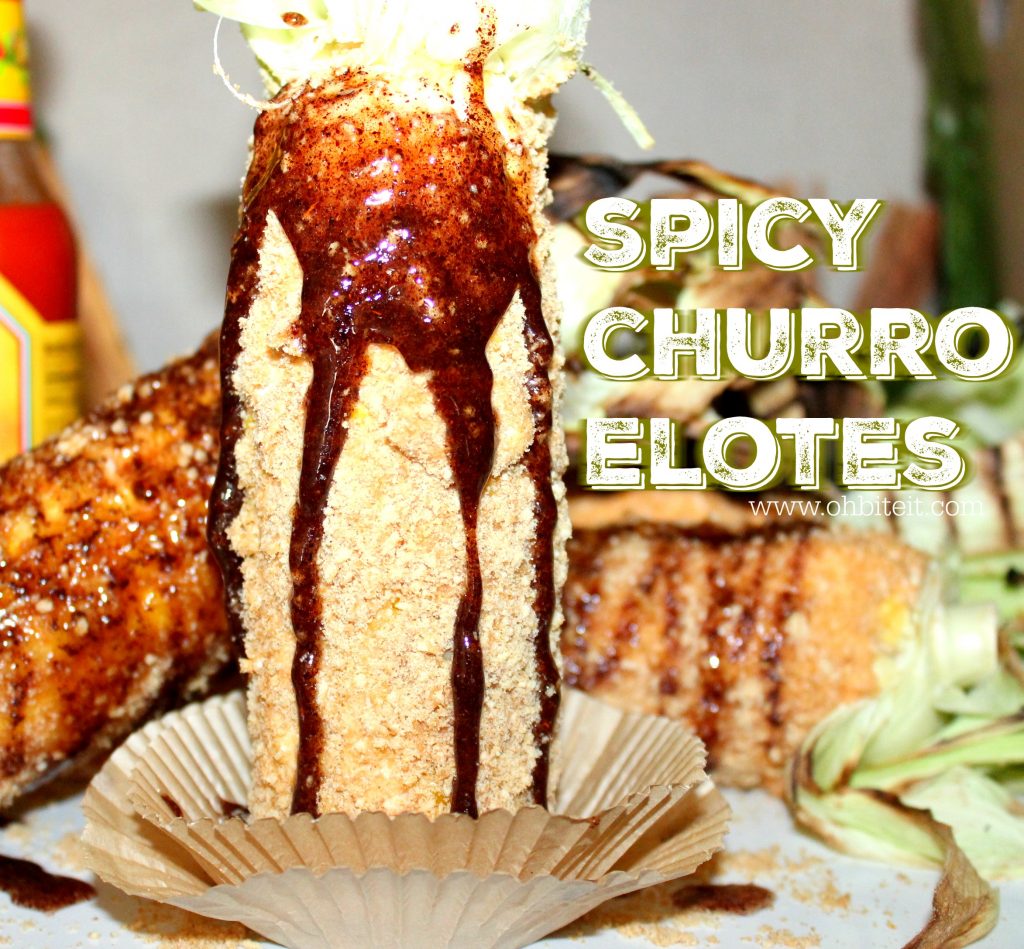 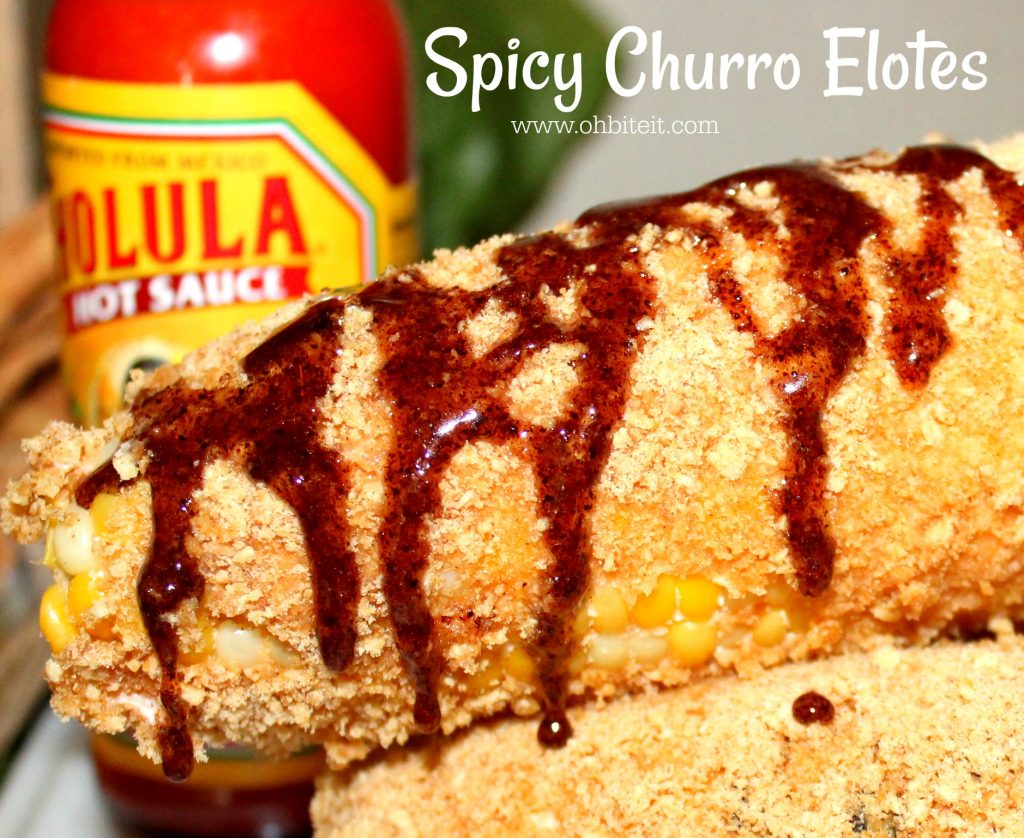 And LOOK~  finally a simple recipe for you all to copy, paste, pin, share, print, … whatever.  🙂 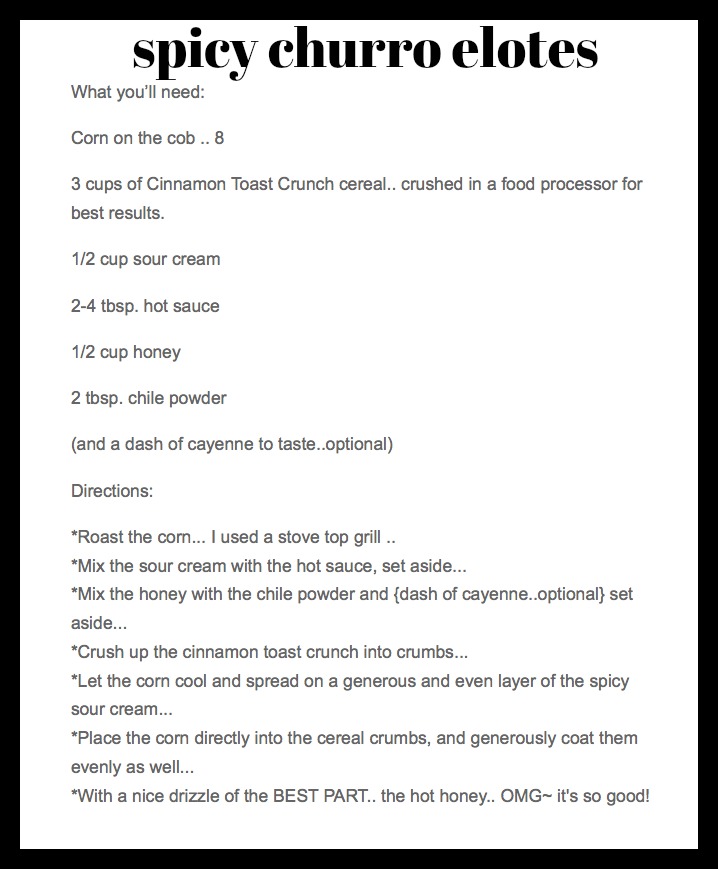