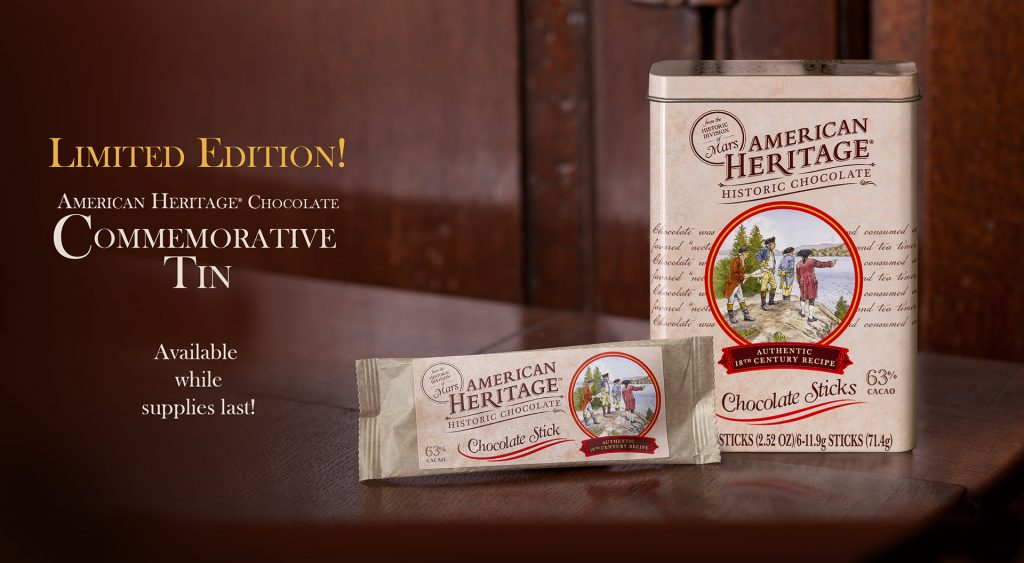 It should come as no surprise that the Latin word for chocolate translates to “food of the gods.” Beloved by everyone for thousands of years, from the ancient Aztec to Marie Antoinette to George Washington, chocolate has engendered a worldwide passion that has endured across the centuries.

This journey through the rich history of this delectable food will take you along on the first ascent of Mount Everest to the battlefields of World War II—even to the witch trials of the Spanish Inquisition. Discover and explore the events, people, and technology that transformed the bitter cocao bean into decadent drinks and candies, and revel in eureka moments that resulted in such classics as M&M’S® and milk chocolate. Next, try your hand at 20 classic chocolate recipes from around the world, including an authentic historic chocolate recipe made with American Heritage®Chocolate, from Mars Chocolate North America. History has never been so appetizing! 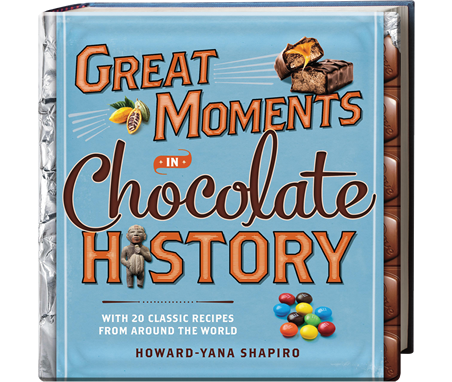 At MARS, Incorporated, we live and breathe chocolate. We have an impressive history of our own, manufacturing the highest quality American chocolate confections for more than 100 years. But when we researched chocolate’s colorful history, we weren’t satisfied. It seemed there was so much more to the story, more facts to uncover.

That’s why, in 2003, MARS Incorporated undertook an extensive global research initiative to uncover the true history of chocolate. Teaming with food researchers, chefs, and historians from universities and living history museums across the globe, we sought to develop the most accurate report yet on chocolate’s history, uses and origins. In fact, our team discovered references to chocolate dating back 60 years earlier than previously recorded. This new body of research and knowledge has enabled American Heritage® Chocolate to recreate historically authentic chocolate products and recipes and make them available to the public.

With contributions from 45 authors, including researchers, culinary chefs, food scientists and historians from leading historic institutions, Chocolate: History, Culture, and Heritage, is a must-read for anyone interested in the true history and journey of mankind’s favorite delight.

Education has never tasted so good!