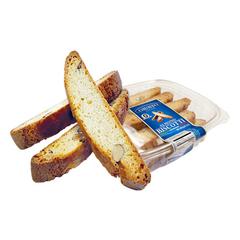 FROM OUR FAMILY TO YOURS…

In February 2010, Justin Comparetto with his grandpa Joe, loaded his Hyundai with imported olives and a few other products and began calling on green markets and small grocers in South Florida.

Joe was retired and his grandson was struggling in real estate, which was in a serious downturn at the time. Joe’s friend ran a successful import and manufacturing business in Canada and had been trying to convince Joe to bring his products into the United States. Wanting to “give a hand up rather than a hand out” (and spend more time with his grandson) Joe enjoyed mentoring Justin as they worked to establish a customer base. Within a few months, they recruited Ryan Braun, a cousin to join in the venture. 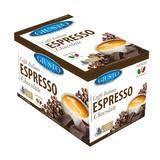 Specializing in imported Italian fine foods, the entrepreneurs started with just 12 products and now offer more than 2,000 items including vinegars, olive oil, cookies and biscuits, canned goods, cheese and pasta. During the first few years in business they weathered many challenges as they learned the intricacies of food importing and USDA regulations. Under Joe’s guidance, the two cousins built an Italian and Mediterranean food distribution network throughout South Florida that now spans from Melbourne to Miami and across to Naples and Tampa. Doing business as South Florida Imports, they named their company Just Ryt Foods,Inc. 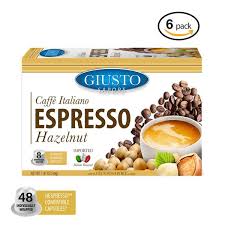 In 2014 they launched their own retail brand label, Giusto Sapore, (joos-stǒ sa-ṕo-ṝe) Italian for Just the Right Flavor and word-play on the company name. Justin is company president with Ryan as vice president for this jointly-owned family business. They recently doubled their warehouse to accommodate future growth as they continue to expand their distribution area. Sadly, in April 2016, Joe had a sudden heart attack and passed away. Yet his wisdom and many business lessons will guide the young entrepreneurs for years to come.

Giusto Sapore products can be found in specialty food stores throughout South Florida as well as sold to restaurants throughout the area. In late 2016, the company introduced its full line of balsamic and sweet fruit vinegars into the upscale Harris Teeter supermarkets serving the mid-Atlantic region.