~The Burn Cookbook … A Parody! 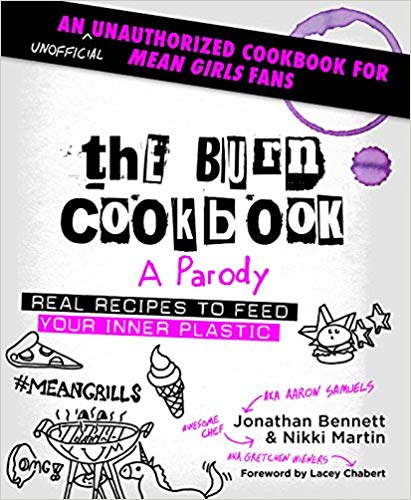 THE BURN COOKBOOK is a hilarious, delicious must-have cookbook for chefs (and wannabes) everywhere! Jonathan Bennett (that’s right, Aaron Samuels himself) dishes out a tasty parody of Mean Girls, serving up behind-the-scenes stories from the movie alongside awesome recipes for treats that your favorite mean girls should be enjoying in Girl World. Like math, the language of food is the same in every country, and this cookbook is packed with amazing creations like Fetch-uccine Alfredo, You Go, Glenn (Hot) Cocoa, and Just Stab Caesar Salad. Written with the help of rock star chef Nikki Martin, Jonathan also shares his favorite recipes from his own childhood, like his mom’s famous stuffed shells, mandarin chicken salad, and other specialties that will round out any special event. Perfect for happy hour (don’t forget it’s from 4:00 to 6:00 PM), Wednesdays, or when sweatpants are the only thing that fits, THE BURN COOKBOOK is a must-own book for any food lover still trying making fetch happen.

The thing about Mean Girls is that it’s relevant every day, every year, despite the fact that it was released in 2004. So when Jonathan Bennett — aka Aaron Samuels — thought about making a themed cookbook more than a decade later, the idea wasn’t so crazy. And on Oct. 3 (Mean Girls Day, naturally), The Burn Cookbook: A Parody (Real Recipes to Feed Your Inner Plastic) ($17) was released into the world as quickly as Cady Heron was thrown into North Shore High.

Make no mistake — this is a parody cookbook and is not intended for the seasoned chef, but rather for the ultimate Mean Girls fans, who can quote nearly every line of the movie and love a good happy hour (which, remember, is from 4 to 6). The 160-plus pages are filled with recipes and descriptions that will genuinely make you laugh out loud — each one a more perfect pun than the last. A few of my personal favorites include: 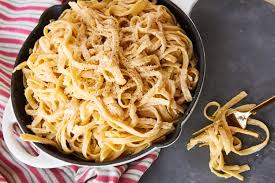 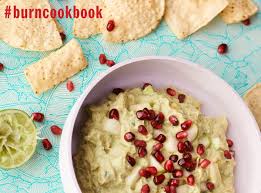