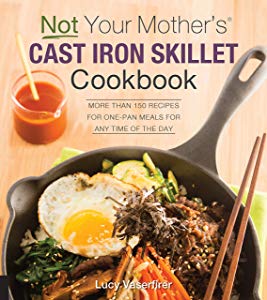 The cast-iron renaissance is heating up, and Not Your Mother’s Cast Iron Skillet Cookbook is here to show you how to make the most of these great pans, with recipes for a contemporary palate!

Today’s cooks are realizing that their mother had the method right when she cooked with the big cast iron skillet. Cast iron has the incredible ability to spread heat quickly and evenly to create a crispy, seared surface that locks in freshness and flavor.

In Not Your Mother’s Cast Iron Skillet Cookbook, Author Lucy Vaserfirer brings cast iron cooking completely up to date. She shows you how to work magic on cast iron with more than 150 recipes that are definitely not the kind of fare your mother cooked up. You’ll learn how to cook up vegetables, which are especially flavorful when cooked on cast iron; see how cast iron is the perfect vessel for cooking all types of fish and shellfish; learn how to sear meats to perfection; and even learn how you can use your skillet for baking. 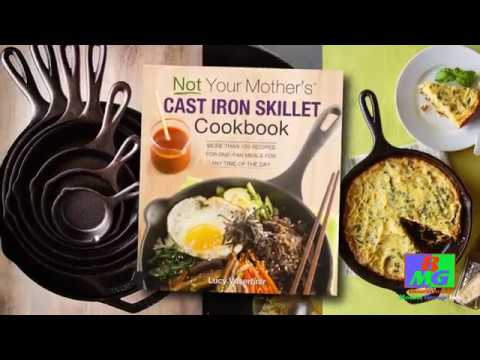 Not Your Mother’s Cast Iron Skillet Cookbook is loaded with inventive and tested-to-perfection recipes, including: breakfasts; appetizers and small bites; steaks, roast, and chops; chicken and turkey; fish and seafood; veggie main courses and sides; bread and quickbreads; and cakes, pies, and other desserts.

And if you’re new to cast iron, don’t worry, because this cookbook includes all the details on how to choose, season, cook, and clean your skillet. You’ll even learn how to revive an older cast iron pan, and you’ll get useful ideas for using your skillet not just to cook on but also as a serving vessel.

Not Your Mother’s Cast Iron Skillet Cookbook proves that just because your mother swore by her cast iron doesn’t mean the food you cook on it needs to be boring!