~One For NEPTUNE Fish Jerky! 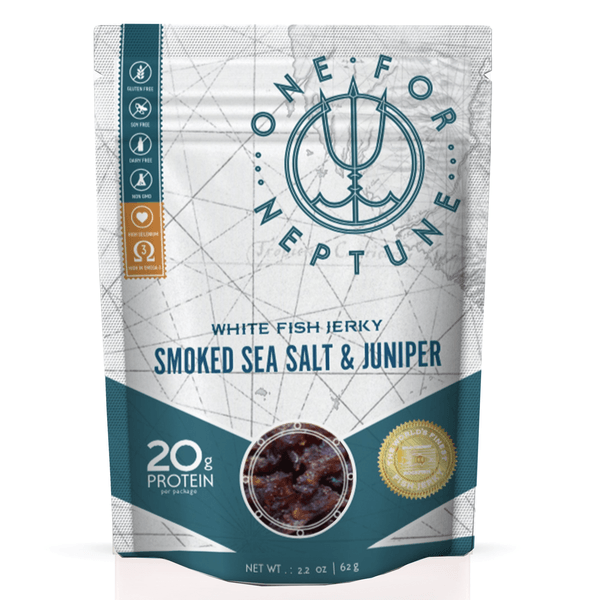 Looking for a simple, easy-to-take, grab-and-go, snack to keep you going all summer long? Look no further! I’ve recently had the chance to enjoy some incredible, and unique fish jerky! Think smoked salmon, but BETTER! My snacking just got an upgrade!

As a marine scientist, Nick sailed several trans-Pacific research expeditions on a Brigantine-style Tall Ship equipped for advanced oceanographic research. Tall Ship sailors, to this day, maintain the traditions and superstitions of Olde, including that of the Swizzle—a celebration marking the end of a successful ocean crossing.

On the eve of journey’s-end, the captain gathers his crew to offer congratulations and thanks to all. In this hallowed moment, before festivities can begin, a ritual toast is made to Neptune—the protector who grants safe passage across his realm. With reverence, the captain pours the first drink into the sea.

OneForNeptune maintains tradition by paying homage to our most valuable resource, the Ocean, for all that it offers. OneForNeptune seeks to generate a healthy, sustainable, relationship with the ocean, securing a bluer future for you, for me, and for the sea.

On a mountaintop in the Gila Wilderness of New Mexico, our founder Nick Mendoza was surveying the land, mending fences, and contemplating a vision of converting his grandparents’ cattle ranch into an ecologically managed, Farm-to-Table or beef jerky operation. Nick had recently left a career in marine science and sustainable aquaculture research, with the hope of finding ways of directly impacting food system sustainability and food waste–a lifelong passion. The ranch seemed like a good place to start. Here in the backcountry, immersed in nature, a new thought emerged rooted in his love for the oceans and background as a marine scientist, “Can I create a fish jerky that would address the seafood sustainability challenges that I’ve been seeking to solve for years, while delivering a healthy product for snack lovers? After selling cattle to purchase OneForNeptune’s first commercial dehydrator, Nick took to the kitchen and began working tirelessly to create a fish jerky with the taste, texture, and aroma of beef jerky. Cooking has always been another passion of Nick’s, particularly because there is so much science and problem-solving involved. “I spent a lot of long nights making some really bad jerky,” says Nick, “but through diligence and trial and error, something quite special was created.” He called the tender, mouthwatering recipe he developed Norse Smoke–a blend of gin-soaked Juniper Berries, Cracked Pepper, Sea Salt, and other spices.

As the recipe advanced, enthusiasm from those who tasted our fish jerky grew. Pretty soon, samples were being devoured at local pitch contests and events, where the snacks found particular traction with health and fitness buffs, advocates of sustainability, and mothers of young children.  Plenty were won over by the taste alone (“this is the best jerky I have ever had–do you source New Mexico beef?”), but it was OneForNeptune’s commitment to improving seafood sustainability that has garnered the most attention for the company. After a successful pitch at the Fish 2.0 Global Seafood Innovation Forum at Stanford University, where OneForNeptune took home the Stavis Seafoods ICX prize and 2nd place in the audience vote, the buzz was on! “To innovate and incite change in the seafood industry by building a healthy, sustainable relationship with the ocean”

A wave of change is on its way. Welcome aboard! 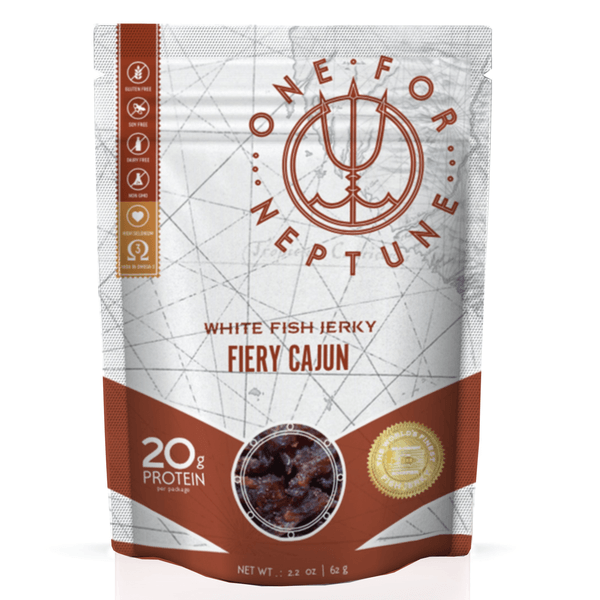 75% of consumers desire healthier salty snack options and 9 out of 10 of Americans are not eating enough healthy seafood. We offer consumers a convenient, shelf-stable product. 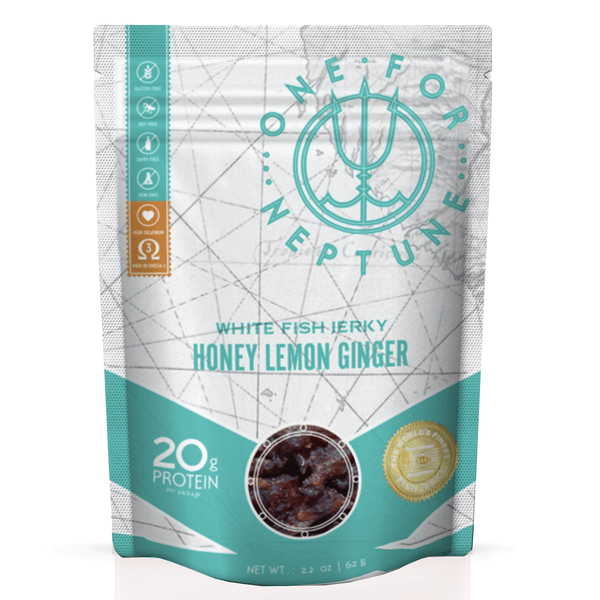 OneForNeptune prides itself on using fresh, sustainable, natural ingredients. All of our products are gluten-free, free of preservatives (including nitrates), dairy-free and non-GMO. The Vikings didn’t use GMO products so why would we? Check out our sustainable sourcing to learn about how we connect you with our fish, fishers, and fishery on the US West Coast. 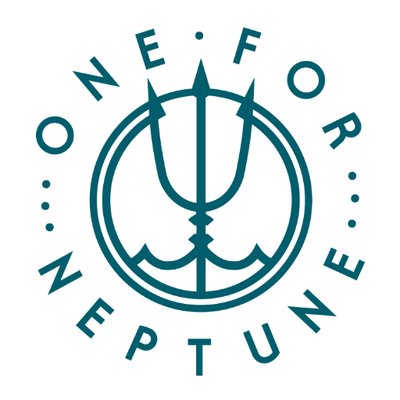