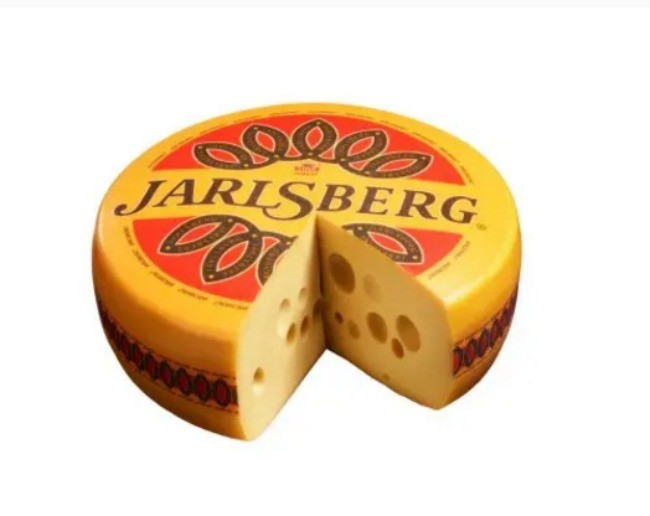 THE ORIGINS OF JARLSBERG®

The original Jarlsberg® is based on a secret Norwegian recipe from 1956 – so secret that only a handful of trusted people know of its whereabouts and custodians. The combination of traditional cheese-making and modern technology gives the cheese an edge; appreciated by both world class and amateur chefs.

The determination of the Jarlsberg® cheese origins has had its twists and turns. When and where was the very first deliciously round cheese made? And how did it get its nutty flavour? Our beloved Jarlsberg® and its story has been discussed many times. Was it made by monks? Swiss cheesemakers? A king? In the 19th century? By accident? Well, it’s not quite that kind of story, but still a good one. And of course, an important one.

The story of the cheese that we today call Jarlsberg® goes all the way back to the 1950s. It all started in the small Norwegian village called Ås and a professor, Ole Martin Ystgaard, who was leading a long-term research project at the Dairy Institute at the Agricultural University of Norway. The project started in 1956 and continued for about 10 years until Professor Ystgaard decided that the development phase was complete.

A group of Professor Ystgaards’ students came to play an important role in the development of the Jarlsberg® cheese during those years. Under supervision of Professor Ystgaard, they conducted cheesemaking experiments where they added bacterial culture to cheese milk. First the cheese making technique for producing Emmental cheese was used, without success. Later, by using the Research Dairy’s cheese vats, a good-quality cheese could be produced. These experiments led to the further development where the bacteria metabolism created large holes when added to Gouda cheese. It’s from this process that the famous Jarlsberg® holes were born. It was also the studies at the Dairy Institute that led to developing the concept of adding bacterial culture and making it work on a larger scale. Something that became possible after the completion of the trial cheesemaking facility at Dairy Institute in 1956. Thanks to that, we’ve now had the pleasure to enjoy Jarlsberg® for almost 60 years.

What about the Jarlsberg® name? Well, we find many names for the things we love. The cheese was first sold at the Research Dairy’s shop as “Research cheese”, and then as “Extra cheese”. Only a few know the history of the name and it’s still a great mystery how and when it was finally decided that the name should be Jarlsberg®. What we do know is that the Ministry of Agriculture sanctioned an application for the name Jarlsberg® and the definition of the new cheese in 1957.

But (and there’s always a but) as every great story must have its secrets, of course Jarlsberg®’s got its secrets as well. What exactly is it that makes Jarlsberg® taste so good? Every legend has its mysteries, and the secret recipe of the Jarlsberg® cheese is one of Norway’s most closely guarded secrets. 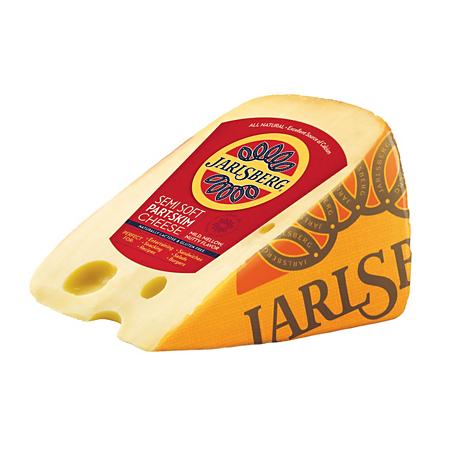 Jarlsberg® is famous around the world for its distinctive sweet and nutty taste and its large, round holes. It is available with or without its distinctive rind, either cut to suit your needs or as a mighty 10 kg wheel. It’s such a wonderfully versatile cheese – whether you buy it as a regular staple for sandwiches, a complement for summer salads, a tasty addition to your cheese board or as an irresistible cheeky late night snack!