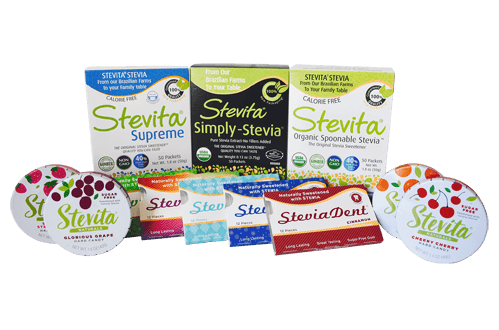 Our president and founder, Oscar Rodes, was raised on a family farm in Brazil in the early 20th century. His mother passed away tragically when he was only five years old, leaving his father to care for their five children.

Like many in their farming community, Oscar’s father was illiterate and poor, and therefore the target of exploitation. He was routinely short-changed and blackmailed by buyers who would wait until the last-minute to procure his crops at the lowest possible price.

Resolved not to have his children suffer the same fate, he insisted they go to school to get a proper education.

After watching his father’s struggle, Oscar made a promise to change the system by dedicating part of his adult life to protecting the rights, dignity, and interests of small Brazilian farmers.

Oscar arrived in the United States in the 1970s with $50.00 in his pocket, ready to make good on that promise. He just didn’t know how.

His opportunity came from an unexpected source, the Brazilian stevia plant, a previously little-known medicinal herb which was beginning to gain international interest.

At about the same time, farmers in Maringa, Brazil formed a cooperative to harvest stevia leaves in 1980.

In the mid 1980s, they evolved into a company to farm the plants and extract the sweet crystals from the leaves.

In 1987, the extraction facility was built, and in 1988 the Stevita brand was introduced as the world’s first table top sweetener. Wanting his family and friends to enjoy this natural sweetener, Oscar started distributing Stevita here in the United States.

Thanks to Oscar’s vision, Stevita’s parent company cooperative of stevia farmers always receives a fair price for their crops, which protects them from the same exploitation and poverty his family experienced within the Brazilian agriculture system.

As our company grows, so does our commitment to those family farms and Oscar’s original promise and vision.

Our future plans include funding a literacy program for the farmers—many of whom still face illiteracy, and creating a community funding loan program where farmers can either lend, borrow, rent, or buy the equipment they need for the farms without incurring lifelong debts.

On behalf of our founder and family farmers, we thank you for supporting our mission to bring sweetness to people and planet. 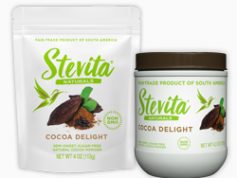 Stevita Delight is a lusciously healthful way to get your chocolate-fix, without sacrificing calories, carbs, or pleasure.

Ideal for chocolate-lovers and the health-conscious alike, this rich and velvety cocoa mix can be used in a variety of foods, beverages, and recipes (a little goes a long way).