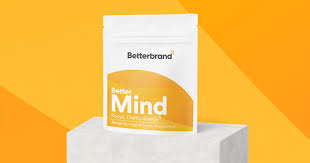 We provide people with data-backed, life-improving supplements paired with a straightforward understanding of how they work. No fluff. No fillers.

To us, better is forming good habits, saying goodbye to procrastination, and accomplishing more, one day at a time.

Promises are meant to be kept. If you don’t enjoy BetterMind as

much as the rest, feel free to return it, no hard feelings, no hassle.

You, your parents, your parents’ parents, as well as their parents, have probably drunk coffee. All for the same reason, too. As a staple beverage in cultures spanning the world, coffee has provided millions with a small energy boost for hundreds of years. However, as people have grown more and more health and beauty conscious, many have been seeking ways to quit, or at least reduce, their regular consumption of the bean-based brew. Teeth stains, caffeine crashes, and acid imbalance are some of the reasons people have been seeking energy alternatives like nootropics.

Coffee vs. BetterMind as Energy Sources

When people drink coffee for energy, they’re drinking it for the caffeine. Caffeine doesn’t really “provide energy”. What it really does is prevent you from feeling drowsy for a few hours before letting all that drowsiness flood back. Then you to feel a “coffee crash”. Be careful trying to fight the eventual stupor by taking more caffeine; you could end up with anxiety, a racing heart rate, and jitters.

Why BetterMind is better: BetterMind uses about half the caffeine you’d find in a cup of coffee, but its caffeine works with other ingredients to provide energy throughout the day. For example, BetterMind’s caffeine works with theacrine, a compound naturally found in Kucha tea, to make a smaller amount of caffeine more effective and provide smooth, sustained energy for much longer than caffeine can alone.

Don’t worry, we’ve structured BetterMind’s caffeine content in case you’re a coffee lover. You can still get your regular cup, and the caffeine from your coffee will synergize with BetterMind’s theacrine and l-theanine so your energy is sustained, comprehension skills are improved, and anxiety is reduced. BetterMind shouldn’t act as an immediate coffee replacement for heavy coffee drinkers. Though, it can certainly help someone wean their typical intake.

Beyond coffee’s utility as a short-term energy source, many enjoy it as a sweet treat. Still, milk and sugar can quickly turn a simple cup of coffee into an unhealthy habit. Starting the day with a heap of fat (half and half, creamer) and sugar (flavoring, syrup, whipped cream) is not an ideal routine for anyone. Regular visits to coffee chains make this an expensive, unhealthy habit.

The average cost for a cup of coffee is very dependent on where you live. Your cheapest cup is probably around $2, and a dolled-up cup from a chain could run closer to $7. Buying a higher-end coffee every day easily becomes thousands of dollars a year. Even your average priced cup ($4.50) before every workday adds up fast, totaling almost $100 a month.

Why BetterMind is better: BetterMind is 5 calories and delivers only long-term health benefits, such as neuroprotection. The cost per serving is significantly less than your syrup and whipped cream-topped bad habit.

Even without cream, sugar, and the chains’ mark-up, a straight black cup of coffee still has its fair share of drawbacks. The most obvious example is stained teeth. Each and every cup contributes to teeth stains since all coffee contains “tannins”, a biomolecule that causes color compounds to stick to teeth. This is how coffee leaves your teeth with a yellow tint.

The acid from roasted coffee beans makes its way into every cup, and surplus acid in your stomach can cause a host of problems. Coffee’s natural acidity combined with the effects of caffeine makes it easier for stomach acid, now stronger, to flow back into the lower esophagus. Next comes heartburn and acid reflux. Caffeine also reduces your mouth’s saliva production, making harder to breakdown the coffee-induced acid reflux. Your mouth having less saliva and more acid wears down your teeth’s enamel, or armor, causing your teeth to become more brittle and vulnerable to decay.

High amounts of caffeine can also prevent vitamin D absorption, which you might not get enough of already. Almost half of Americans fail to get enough vitamin D on a daily basis. Higher caffeine consumption leads to greater caffeine tolerance, which causes increased coffee consumption and further vitamin D deficiency.

Most coffee beans, including those used and sold by coffee chains, are not organic. Non-organic coffee beans are almost always GMOs that were dosed with pesticides and other agricultural chemicals as they grew.

Why BetterMind is better: BetterMind’s six ingredients comprise a carefully balanced formula that stays just as effective every time you take it. No yellow teeth, no acid, and no pesticides.

BetterMind can directly provide things coffee can’t, such as: