My life changed when my son Laz developed multiple food allergies. On top of the anxiety that comes with being a new mom, I was constantly worried about an accidental exposure. Soon after he was diagnosed, new research upended years of allergy advice and showed there was a way to prevent most food allergies from developing.

When my second son was born, I was equipped with a plan to stop food allergies before they started. But preparing nuts and eggs in a way that was safe for him to eat was hard, especially without contaminating our kitchen and creating a dangerous environment for my oldest son. (Dairy was easy, he loves yogurt!)

I knew there had to be an easier way.

And so Lil Mixins was born. Our mission is simple: make early introduction easy so we can put an end to food allergies. 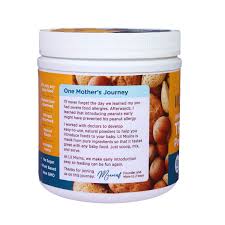 Between 2015 and 2018 , the LEAP study,PETIT study, and EAT study found that consistently adding allergenic foods beginning as early as  four months of age could drastically reduce the rate of developing food allergies. The American Academy of Pediatrics subsequently began recommending that parents give allergenic foods to their babies early and often.

The early introduction of allergens is like training wheels for your baby’s stomach. By introducing common food allergens along with baby’s first bites, you’re teaching your child’s stomach to tolerate the food. Instead of having an overreaction to a food their body has never seen before, early introduction can teach your baby that eggs and nuts are safe and healthy, reducing your baby’s chance of having a food allergy. 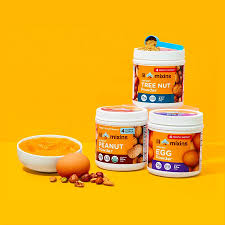