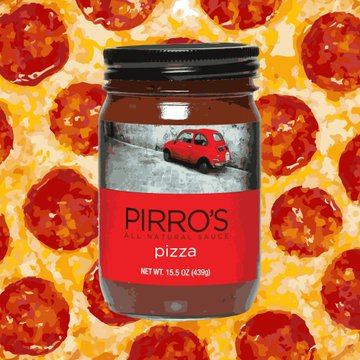 Once in a while a delicious product comes along and something makes them better than the rest. In this case, PIRRO’S Sauce is that delicious product! You can literally taste the time, the quality, and the love they pour into this perfectly balanced sauce!

Food and Family have always been what’s most important in Brianna Pirro’s life.  She grew up spending Sunday’s after church at her grandmother’s house where her family spent time together by cooking traditional Italian food.

“With the smell of a slowly simmering pasta sauce filling the house and Frank Sinatra playing in the background every Sunday at my Grandmother’s house, I grew up associating the love of our family and food was the language.” -Brianna Pirro

Once her father, Terry, opened his own Italian restaurant, the whole family joined in to help run it.  By age eight, Brianna would spend her time after school bussing tables and helping in the kitchen.

“I loved being a part of the restaurant growing up.  You could always find me sneaking off to the kitchen trying to create new pizza combinations or other dishes. “-Brianna Pirro 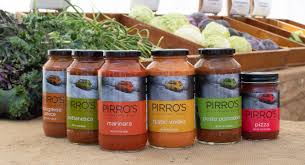 “My father was the most passionate chef I have ever met.  He lived for the taste of a delicious home-cooked meal and also had an endless desire to share his passion of food with everyone he cared for.  Food is love in our family and we cook every time we are together.  These feelings were shared from my father in our restaurant where it became known for much more than just a place to have a great meal, it was an experience.  Not only did our customer’s leave with full stomachs, they left with full hearts too.  Growing up in the restaurant environment, I learned how to work hard and developed an immense passion for cooking.” – Brianna Pirro

The one item on the menu that kept patrons coming back regularly was the sauce; crafted in house with the freshest ingredients.  Terry began selling the sauce by the quart to regular customers who would then take it home and use in their own family meals.

In 2012, Terry Pirro was diagnosed with cancer.  Shortly after, the family decided to close the restaurant to focus on helping Terry with his treatments and care.  However, Terry and Brianna couldn’t let their beloved patrons down and began working on the Pirro’s Sauce company so restaurant guests could still bring the flavors and love into their homes even if the restaurant was no longer.  Once Pirro’s Sauce was in production, Terry and Brianna quickly began to deliver sauce to stores in the Chicagoland area even between treatment visits and doctors’ appointments.

In 2016, after a long battle with cancer, Terry passed away.  Brianna realized that her father’s legacy lived on within the passion and creativity for food that he shared with her for so many years and his memory would continue with Pirro’s Sauce.

“For the first six months after his passing I continued going through the motions of running the business without really having a path forward. It was really hard to continue without my father, let alone my business partner and mentor. Eventually I realized that by having the business it would keep me closer to his memory.” – Brianna Pirro

Brianna took over the business full time with a mission to share the love her father had for cooking to everyone she could reach.  The goal for Pirro’s Sauce is to make every customer’s dinner a delicious and easy experience that can create lasting memories just like the one’s Brianna has cooking with her family. 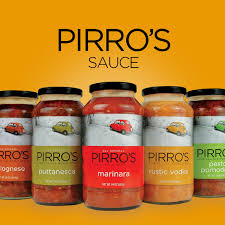 “The goal of our company’s growth is to continue expanding into retail stores and increasing sales, but we also want to stay true to the mission of our company which is to not only get customers to buy the products but stay connected through our social media as well.  We want our customers to feel like family by being able to trust the quality and consistency of our products and trust that Pirro’s Sauce can help them make simple and healthy dinners at home whether they are cooking for a large family before sports practice or they are a single business executive coming home late from work. It warms my heart to see our customer’s posting pictures cooking with our sauces on Instagram or commenting that they tried a recipe we posted.”- Brianna Pirro

Today, Pirro’s Sauce is available online and in almost 2000 grocery stores in 44 states throughout the country.  We continue to connect with our customers by providing recipes, dinner ideas, and how to videos on a variety of social media platforms.  Pirro’s Sauce has doubled their sales two years in a row and predict the same trend for 2019.

“This has been an incredible journey and growing a business in the retail space has been very trying at times.  I have grown dramatically as a business owner and a person over the past two years.  It would be an honor to have Enterprising Women with us on our continued journey.” -Brianna Pirro

Brianna continues her passion of cooking with her family with frequent visits with her grandmother who just celebrated her 95th birthday.  Any new sauces created for the company must be taste-tested and approved by Grandma Pirro first.

“Our sauce is not just any pasta sauce.  It’s that feeling you get after leaving Grandma’s house from Sunday dinner with a full and happy belly.  We think everyone should experience that feeling.” -Brianna Pirro