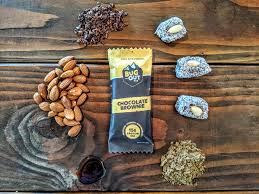 As an early adopter of edible insects, a lot of folks will ask you, “Why eat crickets?” You may even be wondering that yourself. The short answer is that they are a sustainable and nutrient-dense food. The longer answer is below. Crickets are packed with protein and nutrients, making it a nutritional powerhouse. You can see for yourself in the below. Perhaps the strongest argument for eating crickets is their potential as a sustainable source of protein and nutrients. Crickets require less inputs than other animal protein sources to produce an equivalent amount of nutrition. A major reason for this is the fact that crickets are cold-blooded, which means that they do not use the food they consume to generate body heat and therefore are able to use a higher proportion of their energy towards growth.

Greenhouse gases could be cut by a factor of 100x

Water use could be cut by a factor 56x

Water scarcity is estimated to impact 1.8B people by 2025 [R, p64]. Crickets require significantly less water to raise than other sources of animal protein. Crickets may reduce water needs by a factor of 56x or more (depending on how water for forage and feed is counted) [R, p114].

Land use could be reduced by 10x

Crickets can be farmed vertically in small containers or even skyscrapers, making them perhaps the only animal protein able to be farmed effectively in urban environments. This would allow for raising local animal protein sources near population centers and perhaps protect wild land from being converted to agricultural land [R, p114].

Feed requirements could be 12x less

Because crickets are cold-blooded they do not use calories from food to generate heat. This is believed to be the reason that less feed is required to produce edible weight for crickets than for other animals (namely, mammals, who are warm-blooded) [R, p60].

Feed from organic side streams

Speaking of feed requirements, there is the potential to use organic byproducts to feed insects. Think of using food waste as cricket feed. In fact, this Tedx Talkillustrates one example being used in practice whereby byproducts of palm farming are used to feed and raise insects which can then be used as human or animal feed. The ethical arguments around raising and eating animals for food are many and nuanced. The NYTimes even had a contest to argue the ethics of eating meat (check out the winner’s essay here). With regards to crickets, raising them ethically and productively is more straightforward than with other animals. By now you should understand why crickets represent an amazing opportunity as a novel food source. Crickets provide amazing nutritional density. They have the potential to reduce the ecological impact from farming animals. And they can be raised in a humane and ethical fashion.

We’re excited to be a part of the edible insect movement and we hope you’ll join us in the journey! 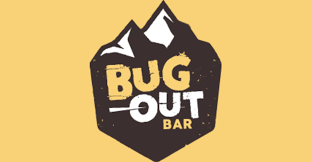