WHAT MAKES OUR PRODUCT UNIQUE?

We’re the first to offer CLA Plus in our Cold Brew Cowffee Drink! CLA is an element in milk that has potentially astounding health benefits (studies have shown it to be anti-cancer, anti-obesity, and more in animal models). Our team has found a way to increase that element by 2x to 3x! Click here to learn more about the science behind this incredible attribute. 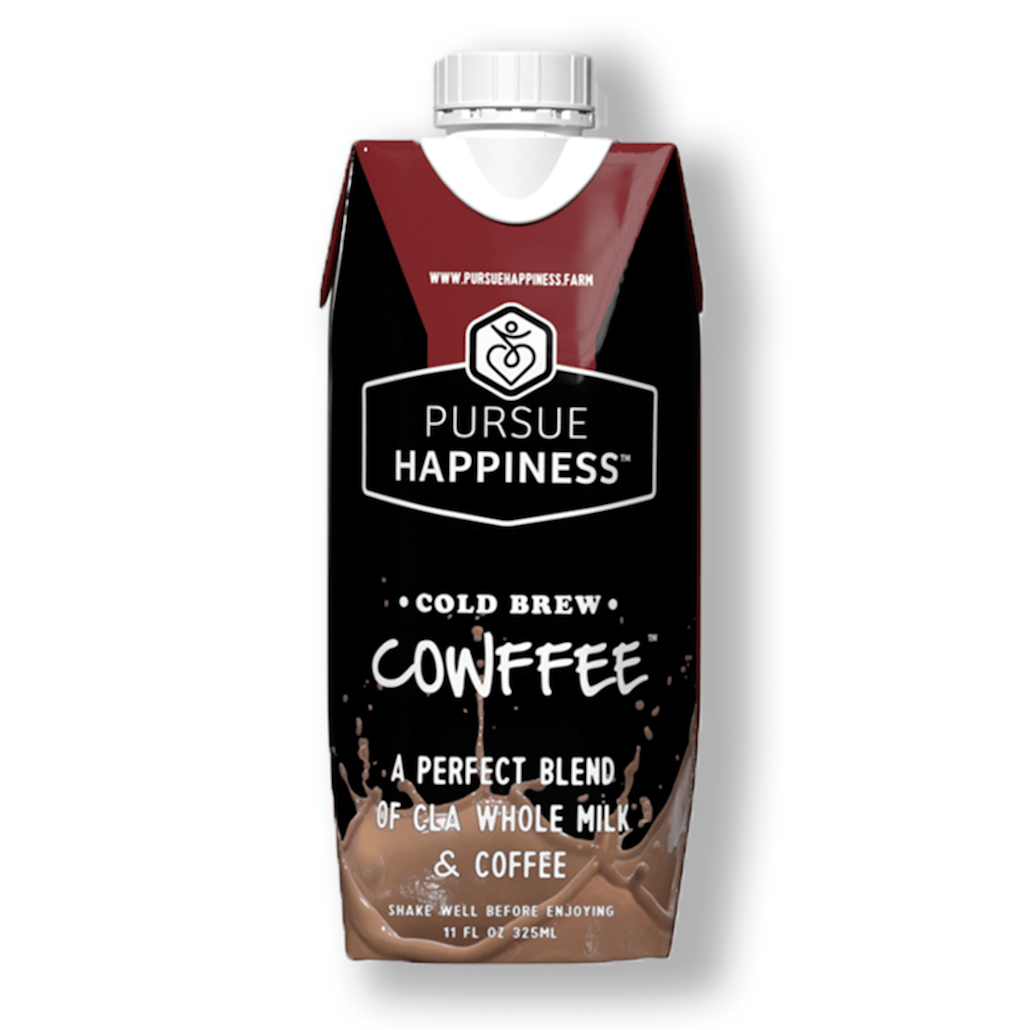 CLA is produced by cows.

We believe that diet is a big key to increasing health.  We also believe that dairy is a very important part of that diet change, particularly In the form of amino acids and fatty acids.  One fatty acid in milk specifically is called: Cis9 Trans11 Conjugated Linoleic Acid, or simply, CLA.

It’s 18 carbons and there’s two double bonds, between the ninth and eleventh spots. The National Academy of Sciences said that “conjugated linoleic acid (CLA) is the only fatty acid shown unequivocally to inhibit carcinogenesis in experimental animals.” The CLA molecule comes from cows every day. It’s added cost is modest, and there’s no downside. So we’ve put a lot of energy into finding ways to increase the concentration of CLA in milk that we produce.

With your investment, we are developing products that promote optimal nutrition and disease prevention.  A team of accomplished scientists are ready to implement a science protocol to measure the effect of CLA on human cancer, heart disease, diabetes, and obesity.

Click here to read more about the science of CLA.

Our farms provide the traceable sources for our products. Each Farm adheres to the distinct values that Pursue Happiness embodies! Each of these farms has an incredible story with real people, working hard to create value and a lifestyle of happiness.

Pursue Happiness products are created from the milk of pampered cows at Spruce Haven Farms. Spruce Haven Farm believes there is great potential to return more of the retail value to the dairy farms, to improve efficiencies in delivering milk products to market, and to bring the dairy industry to a new level of sustainability; environmentally, economically, and socially.

Spruce Haven was founded in 1987 by Doug and Janet Young along with Janet’s father Dave Camp. Spruce Haven began with 120 cows and 75 heifers. Jason and Alisha Koch have been key managers and members beginning in 1998. Now that the next generation of Luke and Dustin Young and Lindsay Frye are ready to take the vision forward. We seek to serve you more effectively than has been done before. Spruce Haven has been blessed with many long term, highly skilled and committed employees. Their ongoing growth in capabilities is a pleasure to see and encourage.

Tim and Sam Potter entered the LLC in 2007 bringing their herd with high genetics and a passion for genetic progress. Sam initiated and managed an intensive embryo transfer program. As Sam transitioned to Iowa, to be near his wife Bonnie’s parents, Pastor Paul Colgan carried on the genetic program.

Spruce Haven built a low cost anaerobic digester in 2015 and received a patent in 2017 for the nutrient boom. This combination of technologies allows major improvements in carbon, nitrogen, and phosphorus efficiency.

The first owners of Finca Dos Maria were Audato and Maria Maldonado who acquired the farm in 1870. The Maldonado family brought workers from the western Guatemalan highland town of Tejutla to develop the rugged 260-acre parcel of land in the Cucho foothills. Many of their descendents and their families still live and work in Dos Marias.

In the early 1900’s their youngest daughter Maria (the second of the two Marias) married Dr. Francisco Asturias, a physician and surgeon who was to devote his life to improving the health and living conditions of the people of San Marcos. Their many accomplishments include the establishment of the educational and social programs that exist at Finca Dos Marias to this day. Their dedication to the production and cultivation of high quality coffee over the years has resulted in an increased demand for our coffee, initially in Europe and now from all over the world.

Ownership and operational management of Finca Dos Marias proudly remains in the hands of the Asturias family, with strategic direction and planning being determined and provided by Finca Dos Marias Board of Directors. The Board is dedicated to sustaining the remarkable visions of the farm´s founders, and continuing to offer a superior coffee produced in the socially and environmentally responsible manner which we insist upon and which our clients have grown to appreciate.

Finca Dos Maria has a total of five hundred and twenty (520) hectares, four hundred and twenty (420) of them are between 1,200 and 1,550 meters above sea level, all planted with coffee. The remaining one hundred (100) hectares have been preserved as a migratory bird habitat / conservation area, which provides the farm with the optimal conditions to supporting having clean water which originates directly from the mountain springs.

At Pursue Happiness, We adhere to these values in the making and distribution of all our products.

We directly connect milk and coffee farmers to you, the consumer. This ensures quality food and more of the value going to the farms.

With your investment, we are developing products that promote optimal nutrition and offer the potential of disease prevention.  A team of accomplished scientists are ready to implement a science protocol to measure the effect of CLA on human cancer, heart disease, diabetes, and obesity.

We care about the environment. With your investment our farmers can better lead in the fight for clean air and water with our whole farm and watershed model. The model needs ongoing science and best practices to accelerate progress. In this way, farmers will have the tools to keep nutrients on the farm.  This approach will optimize efficiency and support clean water and air.

4.) CARING FOR THE LESS FORTUNATE

Proceeds of Pursue Happiness will be  invested in the development of schools, clinics, and communities beginning in LeReforma, Guatemala and Auburn, NY, the homes to the coffee and dairy farms.

Proceeds of Pursue Happiness are invested in the arts for projects and media that respects the value of life, honors our Creator, and brings joy and hope to millions.