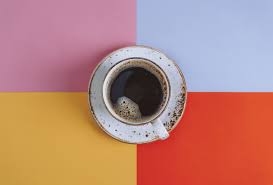 Mushroom Coffee’s intriguing combination of high-quality organic coffee, as an instant stimulant, and superfood mushrooms to optimize and nurture your body for high efficiency, helping you effectively seize the day, every day.

Stipe Rezic (CEO of Mushroom Cups) is a former professional athlete and Croatian national basketball team player.
To create Mushroom Cups, Rezic partnered with independent mushroom hunters and scientists who specialize in the effective extraction of active natural ingredients from food. Mushroom Cups infuse their coffee and cocoa beverages with Wild Chanterelle and organic cordyceps, Lion’s Mane, and Chaga–allowing anyone who drinks it to benefit from the superfoods’ wide array of benefits, including its anti-inflammatory and anti-depressant properties.
Mushroom Cups utilizes a state-of-the-art extraction process, where we extract all the bioactive components at a lower temperature wherefore protecting all the thermosensitive vitamins and minerals which are destroyed by the commercial extraction process.
With all the water and Chitin removed, high potency mushroom extract with maximum bioavailability is created, mixed with organic coffee, and ready to be consumed.

“Smooth and delicious, I’ve definitely found a new morning brew, afternoon pick-me-up, and cozy night-time treat~ ALL in this one incredible product!” Before founding Mushroom Cups in 2017, I (Stipe) was a professional basketball player and I played for the Croatian National Team for several years.  As a pro-athlete, my life focused on the quest for constant improvement.  Whether enhancing my strength, stamina, mental clarity, speed, or reflex response– every slight improvement would help me on the court, where I’m competing with the best athletes from other countries and where a single point can determine the outcome from an entire season of effort.

During that time, I became an expert in all forms of personal development and physical fitness, but it came at a price.  I was oftentimes a guinea pig trying new supplements, or diets, or exercise methods.

I’ll save you the details, but I spent a lot of time detoxing and even needed surgery to reverse negative side effects from artificial supplements that I thought were going to help my body and mind.