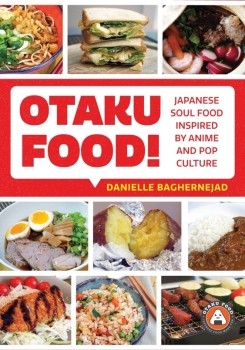 A guide to ramen for the home cook, from the chef behind the beloved shop Otaku Ramen.

Sarah Gavigan is otaku. Loosely translated, she’s a ramen geek. During her twenty years working in film production and as a music executive in L.A., Gavigan ate her way through the local ramen spots, but upon moving back to her native Nashville, she found she missed the steaming bowls of ramen she used to devour. So she dedicated herself to mastering the oft-secretive but always delicious art of ramen-making and opened her own shop within a few years.

An Italian American born and raised in the South, Gavigan is an unlikely otaku. While her knowledge of ramen is rooted in tradition, her methods and philosophies are modern. Though ramen is often shrouded in mystery, Gavigan’s 40+ recipes are accessible to the home cook who wants to learn about the cuisine but would sometimes rather make a quick stock in a pressure cooker than labor over a vat of liquid for twenty-four hours.

Ramen Otaku strips the mystique from ramen while embracing its history, magic, and rightful place in the American home kitchen.

About the Author, Danielle!

A self-proclaimed Japanophile, Danielle Baghernejad has long fostered a love of all things Japanese culture. After being introduced to the world anime and manga in college, she was instantly hooked, and ever since has been diving deeper and deeper into various aspects of Japanese culture.
Her dream of experiencing the nuances of Japanese cuisine firsthand came true after an appearance on the TV show, Sekai! Nippon Ni Ikitai Hito Ouendan. Since then, she has worked to make authentic Japanese recipes more available to a Western audience. A potter by day with “Zenful Pottery”, a foodie by night with OtakuFood.com, she spends her spare time in the kitchen tying her two loves together with her husband Eamon and daughter Giselle.
Experience Japanese culture like never before. Japan fever has taken the West by storm. Praised for its attention to detail, it’s no wonder that some of the most appealing images are colorfully culinary. From beautifully animated bowls of ramen and curry to cakes and confectionery, Japanese food culture never looked so good. If only you could reach out and take a bite…and now you can!
For the anime and manga reader. With our increasing hunger for Japanese pop culture, comes an appetite to match. And with dishes from pop culture icons like One Piece and Naruto, manga and anime can finally be enjoyed in the comfort of your very own kitchen.
Whether you’re enjoying Japanese ramen from Naruto or fried rice from Food Wars, readers and foodies can learn about Japanese cooking basics and some new series to enjoy, featuring recipes like: