Pereg Natural Foods FALL SPICES
Allspice – Allspice is earthy and aromatic. Use it on vegetables including cabbage and turnips, beef and lamb, and in soups, breads and desserts.
Cinnamon – This sweet spice is delicious when cooking chicken and lamb, vegetables and fruits including squash, sweet potatoes, apples and pears, and in some bread recipes.
Cloves– Cloves are rich and earthy making them a great complement to lamb. They also taste great on apples, beets, squash and sweet potatoes, as well as in curries, soups and breads.
Nutmeg – This sweet spice pairs perfectly with lamb, and taste great on broccoli, cabbage, carrots and cauliflower, as well as rice, stuffing and sauces.
Mexican Crushed Chili – Spicy and smoky, this spice goes well on beans, chicken, beef and fish, as well as corn, tomato, cauliflower, green beans and squash. It also adds unique flavor to dry rubs, marinades and salad dressings.Zahtar – Tangy and warm in flavor, this Middle Eastern spice enhances most meats including chicken, beef, lamb and fish, and enhances the flavor of eggplant, onions and carrots as well as dry rubs, soups and salads.
Spanish Paprika – Paprika often appears in rubs, marinades, stews, chilies, and as a garnish. It’s a key an ingredient in numerous cuisines, from Mexican rices to classic Hungarian goulash to Italian sausages. Along with new Spanish paprika, which is brightest red in the paprika family, Pereg Natural Foods offers five other varieties: hot, hot oil, smoked, sweet, and sweet oil paprika types.
Everything But The Bagel Spice Mix– Pereg’s new Everything But The Bagel Spice Mix gives you that irresistible everything bagel taste, without all the carbs. A special mix of natural flavors including onion, garlic, poppy, salt, and three kinds of sesame seeds, you can jazz up practically everything with it.
Pumpkin Pie Spice– Pereg’s intriguing blend of cinnamon, nutmeg, allspice, ginger, and cloves marries beautifully with many of the savory ingredients you’d use in appetizers, entrees, sides, and more, as well as traditional uses in coffee, pies and desserts.
Turmeric– Earthy and slightly pungent, turmeric adds an intriguing layer of warmth to meat, poultry, or soup. Use it to add a punch to chicken cutlets. 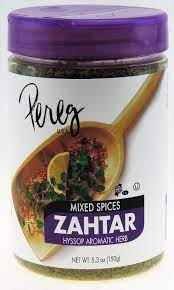 Pereg’s Zahtar is a Middle Eastern spice mix featuring hyssop oregano, parsley, sesame seeds, ground chickpeas, coriander and olive oil. A staple in authentic eastern dishes, Zahtar can also be used for sprinkling over hummus or a quick salad dressing. Also makes a great topping for avocado toast & seasoning up scrambled eggs. It is an essential ingredient in any tomato, chickpea, and feta recipe.

Is Your Cooking Feeling Bland? Let’s Fix That

We have over 115 years of sourcing the highest quality spices favored by chefs around the world. Our spices are so flavorful you can use less than other brands and enjoy bolder flavor. We blend our spice mixes from recipes passed down for generations, traditional flavors that stand the test of time. 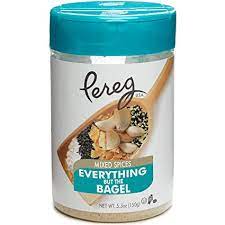 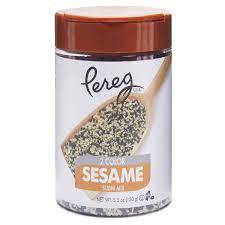