~Life on the Grocery Line!

About Life on the Grocery Line

On his first day as a cashier at Dream Grocers, Daniel imagines that the worst he’ll have to deal with on the job are the occasional grumpy customers and long days on his feet. But in just one week’s time, reality changes entirely as the COVID-19 pandemic creates a frenzied panic throughout Daniel’s home state of Colorado. Now, he’s suddenly being called a hero just for showing up at his job, and he isn’t sure how to feel about that. As the uncertainty and paranoia around the virus spread rapidly, Daniel tries to stay afloat and not let the irate hordes of customers bring him down. He learns more than he ever expected to about humanity’s response to fear, observing most prominently the way that some people look down on the very workers they deem “essential”. 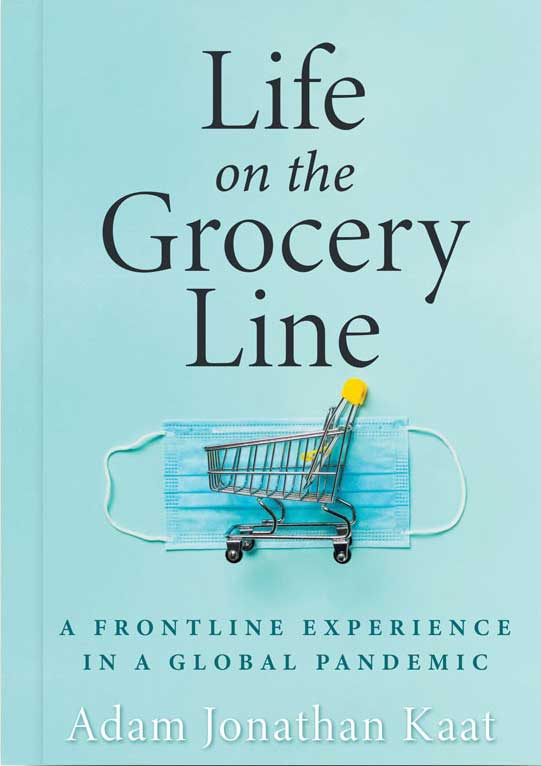 Adam Kaat never thought he’d be on the front line of anything as interesting as the unraveling of American society, let alone the dismantling of the global economy. But as a cashier in a high-end grocery store, it was his destiny to witness firsthand the devastation — and desperation — stoked by an invisible, deadly force as the pandemic of 2020 unfolded.

In his powerful new book, Life on the Grocery Line: A Frontline Experience in a Global Pandemic, Kaat takes readers into the eye of the storm, where some of the workforce’s lowest paid employees ride a daily maelstrom of empty shelves, angry customers, uncertainty and paranoia.

“When word began trickling in that the virus had spread to the United States and cases were growing, everything changed. The public and personal perception of what I do to pay the bills went from unnoticed to an essential part of survival overnight,” Kaat writes.

He tells his riveting story through the eyes of a character named Daniel, who watches from the frontlines as the frenzied panic caused by COVID surges like a tidal wave across his home state of Colorado. Now, he’s suddenly being called a hero just for showing up at his job, and he isn’t sure how to feel about that.

Daniel sees fear in the eyes of some customers and hostility in others, as he does his best to hold his head high and just keep making it from one shift to the next. And along the way, he learns more than he ever expected to about humanity’s response to fear, observing most prominently the way in which some people look down on the very workers they deem “essential.”

At its core, Life on the Grocery Line is about a test of the human spirit — a 21st century manifestation of Ernest Hemingway’s The Old Man and The Sea.

Author Adam Jonathan Kaat worked in a grocery store as a cashier and then as a prepared foods supervisor from January 2020 until May 2021. After college, he bounced around through the corporate world until leaving it all behind in the Fall of 2019 to write his first novel. By January 2020, he had taken a job as a cashier to earn money while preserving mental energy for his creative pursuits. He got much more than he bargained for when COVID hit. He began to blog about his experiences as a frontline worker, and 15,000 Facebook followers later, Life on the Grocery Line was born. 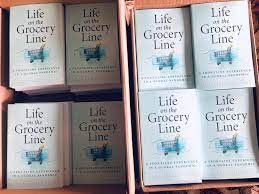