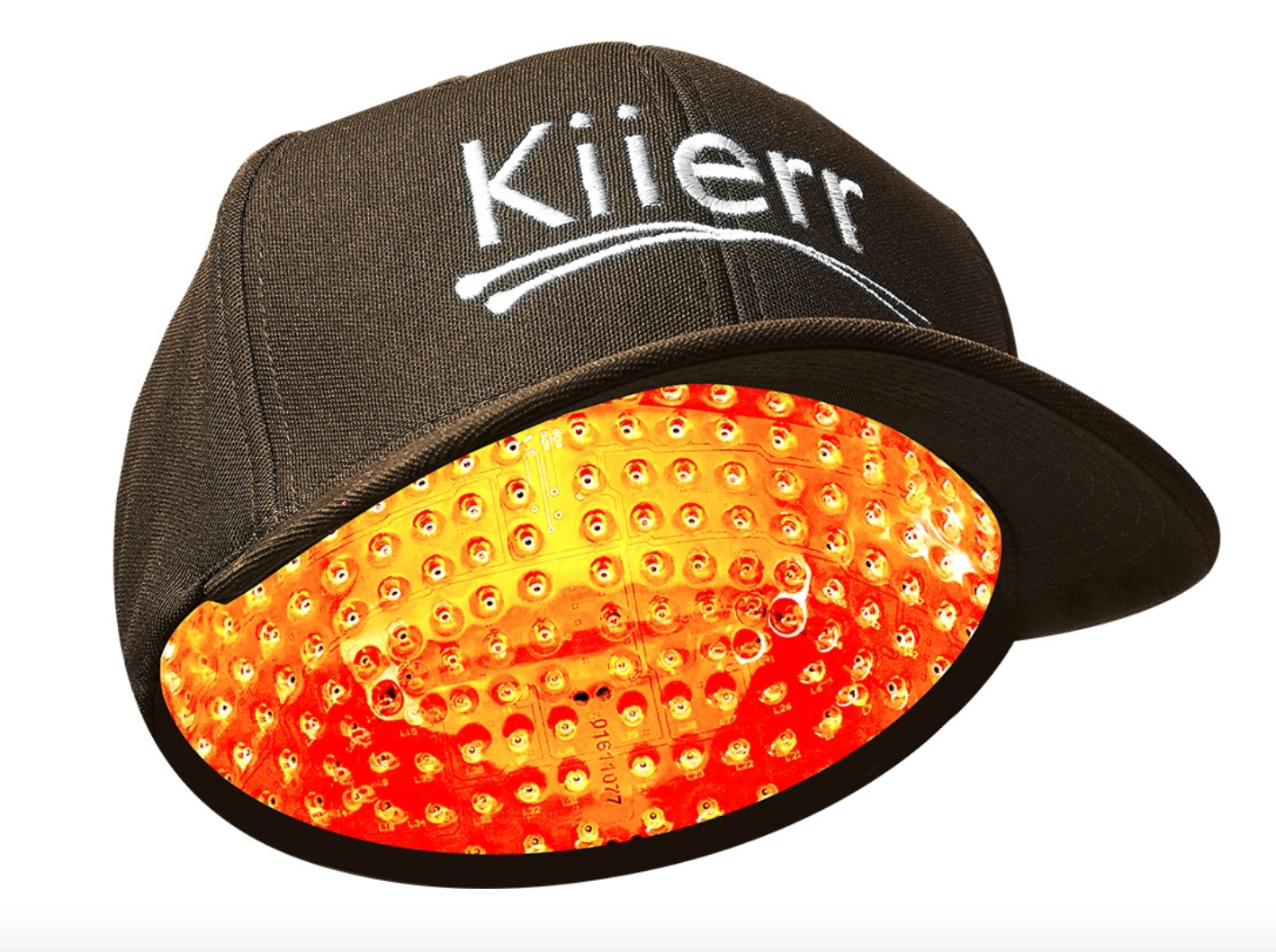 Kiierr Hair Growth
The Kiierr Hair Growth laser cap is a powerful, cutting-edge, low-level laser device for treating androgenetic alopecia (pattern baldness). It’s a game-changer that brings happiness and confidence to those afflicted with any type of hair loss due to chronic illness or aging. Some even use it as a preventative measure as well. Kiierr uses low-level light therapy (LLLT) in the Kiierr Laser Hair Growth Cap, which is clinically proven to treat hair loss. It’s a clean method and doesn’t result in dirty or wet hair during or after use. It’s also used with other therapies, products, and treatments with no side effects and no harmful chemicals entering the bloodstream, as with other hair growth treatments. 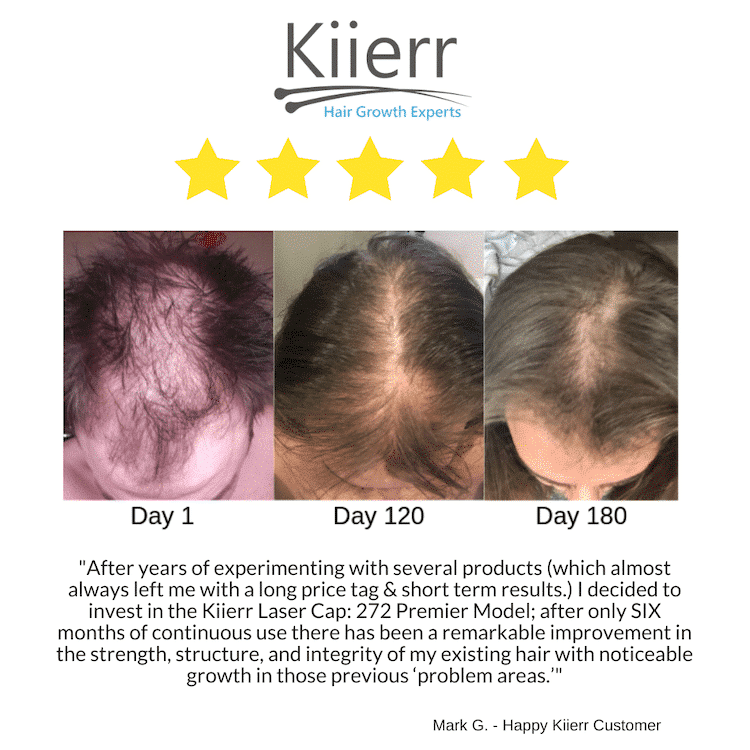 HELP OTHERS THROUGH HAIR LOSS

Mike and Jolene Anderson are the husband-and-wife team that founded Kiierr. With a background in low-level light therapy (LLLT) and a personal connection with hair loss and hair growth, they let their passion for healing people lead the way. They personally discovered the benefits of LLLT and decided to bring those same benefits into the lives of others across the country. They truly care about the people they serve; that’s why they founded Kiierr.

There’s nothing more powerful in business than being in business for all the right reasons. Mike and Jolene’s mission is honest and simple: Get the Kiierr laser cap into the hands and onto the heads of as many people as possible. Today, Kiierr is a tight-knit team of great people who enjoy doing good in the world by growing hair and confidence one laser cap at a time. 2008 was quite the year for Jolene. Life had thrown a curveball that she wasn’t completely prepared for. Jolene had been suffering from a difficult illness that left her unhealthy and sometimes near-death.

Over the years, Jolene had stayed in touch with a good friend from college who had become involved with biofeedback therapy. Through this friendship, Jolene was introduced to a variety of natural-healing therapies, which she quickly developed an affection for. She experienced natural therapies that helped her to overcome her illness and to become a better, healthier version of herself. It was literally life-changing. Through this same friendship connection, Jolene was presented with an employment opportunity where she accepted a position at a nutritional alternative medicine clinic in Los Angeles. The clinic’s focus was to help patients become healthier through natural means.

It was at the Los Angeles clinic where Jolene was first exposed to the world of low-level light therapy (LLLT). She personally witnessed the incredible (and what some would call miraculous) results. With a new-found passion for natural-healing therapies, Jolene branched off from her employer to treat her own clients through LLLT and other natural remedies.

At the time that Jolene was learning about light therapy in her employment, her husband Mike discovered that he was losing his hair with what appeared to be a rapidly-receding hairline. Because of Mike’s familiarity with LLLT from Jolene’s work, he began to question whether there was a light therapy that may help with his hair growth.

Mike quickly immersed himself in study, learning everything he could about LLLT. He found that light has been a successful remedy for hair growth for some time, although limited products were available. He also learned that technology was improving at a rapid pace with major breakthroughs in the hair growth space. The clinical studies he found were conclusive; they demonstrated that LLLT can successfully bring life back to living hair follicles that had become dormant. Mike was intrigued.

Mike and Jolene couldn’t help but get excited about what they both learned regarding hair growth and LLLT. Mike approached Jolene with a crazy idea: Could they start their own laser cap company to help bring hair growth to countless others through this exciting technology?

Together, Mike and Jolene founded Kiierr (pronounced Key-Ear). It was something they both believed in that would also help them to do good in the world. They hired a consultant and engaged a manufacturer to bring Kiierr Laser Caps to life. There were hurdles, hoops, speed bumps, almost-roadblocks, and many sleepless nights. Mike and Jolene risked everything to bring the Kiierr Laser Caps to market. With a newborn baby to care for, they rented out their home to save money and moved into the basement at the home of Jolene’s sister. They invested their entire life’s savings to setting up manufacturing contracts and clearing Kiierr Laser Caps through the FDA regulation requirements. .

During the start-up phase of the company, Jolene had experienced postpartum hair loss. With their first Kiierr prototypes in hand, Mike and Jolene were both eager to personally put the product to the test. After a few short months, Mike’s hairline was being restored and his hair was growing-in where it was once thinning-out. Mike and Jolene were both thrilled with their laser cap results and couldn’t wait to get their product to the market. They finally began selling the Kiierr laser cap in 2018 after obtaining FDA-Clearance.

In those early days, Mike and Jolene’s home doubled as Kiierr headquarters. Mike and Jolene were both the entire customer service and shipping departments. It wasn’t always easy, but it has been an adventure their family has come to love. In only 3 years, Kiierr has developed a passionate, caring team, providing hair growth to thousands of happy customers.

There’s nothing more powerful in business than being in business for all the right reasons. Mike and Jolene’s mission is an honest one: Get the Kiierr laser cap into the hands and onto the heads of as many deserving people as possible. They continue to personally enjoy the benefits of LLLT and want to bring those same benefits into the lives of countless others across the country.

Today, Kiierr is a tight-knit team of passionate, caring people who enjoy doing good in the world by growing hair and confidence in others, one laser cap at a time. 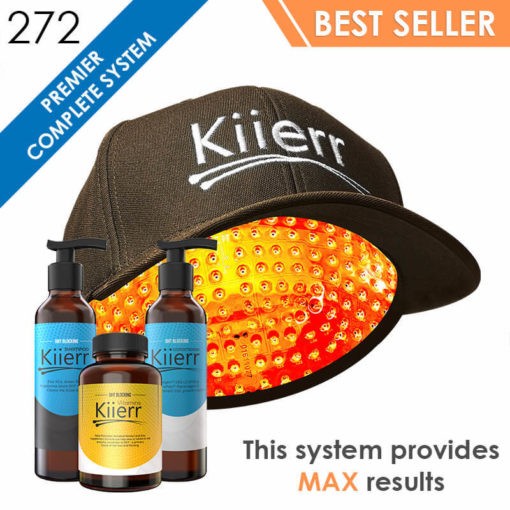